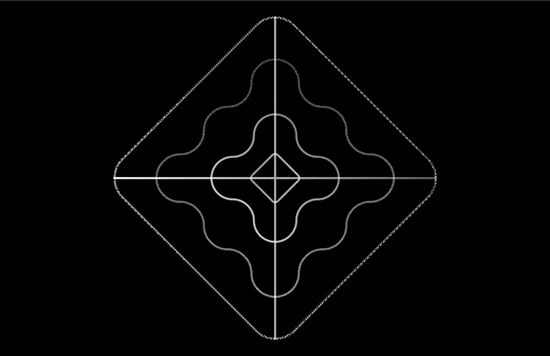 The Season Launch Reception on Thursday 17 January celebrates Soundings: An Exhibition in Five Parts and Rome, Capital of Painting. These open on 5 January.

SOUNDINGS: AN EXHIBITION IN FIVE PARTS

How can a score be a call and tool for decolonization? Curated by Candice Hopkins (Tlingit) and Dylan Robinson (Stó:lō), Soundings: An Exhibition in Five Parts features newly commissioned scores and sounds for decolonization by Indigenous artists who attempt to answer this question. The scores take the form of video, objects, graphic notation, museological objects, and written instructions. At different moments during the exhibition these scores are activated by musicians, dancers, performers and members of the public, gradually filling the gallery and surrounding public spaces with sound and action. Soundings turns up the volume on voices that don’t always have the stage allowing their actions to reverberate through gallery walls and within visitors’ bodies. The exhibition is accumulative, gaining new artists and players throughout the run of the show. Soundings artists include Raven Chacon and Cristóbal Martínez, Sebastian De Line, Camille Georgeson-Usher, Cheryl L’Hirondelle, Kite, Tanya Lukin Linklater, Ogimaa Mikana, Peter Morin, Lisa C. Ravensbergen, Heidi Senungetuk, Olivia Whetung and Tania Willard.

Soundings is accompanied by a postcard publication of scores designed by Sébastien Aubin and a public listening series entitled “Against Hungry Listening,” which includes notable composers, musicians, scholars and artists discussing de-colonial, queer, feminist, black and Indigenous-specific forms of listening.

Soundings is affiliated with The Isabel Bader Centre for the Performing Arts’ concurrent Ka’tarohkwi Festival of Indigenous Arts. Visit their website for details on a diverse array of performances by acclaimed Indigenous artists working across theatre, dance, music, film and performance art.

Soundings is one of the 200 exceptional projects funded through the Canada Council for the Arts’ New Chapter program. With this $35M investment, the Council supports the creation and sharing of the arts in communities across Canada.

Rome, the Eternal City, maintained a prominent place in the imaginations of artists throughout the late medieval and early modern periods. The site of a formidable historical empire, the seat of the papacy, a cosmopolitan milieu for fashionable Italians, Rome attracted ambitious artists from across the continent. The confluence of its ancient and modern artistic traditions inspired new inventions, fueled a lively art scene and generated masterpieces that would shape the arc of artistic production across Europe.

Rome, Capital of Painting reveals the place this city occupied in the mind of seventeenth-century artists. From prints after famous relics of antiquity to paintings reflecting the most revolutionary artistic developments of the period, this show probes the city’s layered appeal and invokes the pioneering manners of Adam Elsheimer, Nicolas Poussin, Michelangelo da Caravaggio and Annibale Carracci. It sheds light on the artistic attractions that prompted painter and theorist Karel van Mander to refer to Rome as “the capital of painting.”

The Agnes Etherington Art Centre is a platform for teaching and learning at Queen’s University that also serves as Southeastern Ontario’s public art museum.

Image (middle): Johannes Lingelbach, A Garden with an Artist Drawing from Antiquities, around 1671, oil on canvas. Gift of Alfred and Isabel Bader, 1987 (30-089). From the exhibition, Rome, Capital of Painting.