Join us on Saturday, September 14, 7 – 9 PM, for the opening of Tout-Monde: Markham. The exhibition will be celebrated with a panel discussion prior to the start of the opening, and light refreshments. Follow us on social media for event updates. RSVP at varleyartgallery.eventbrite.ca

A panel discussion will take place from 6 – 7 PM. Please RSVP as spots are limited. 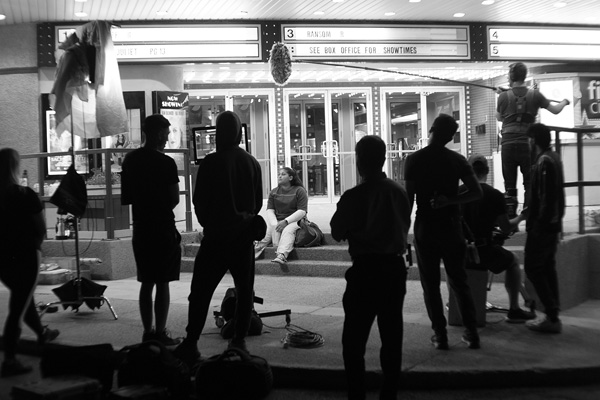 Tout-Monde: Markham seeks to engage with the delicate, yet timely discourse about encountering and representing others. The project is inspired by the ideas of Martiniquais poet and philosopher Edouard Glissant (1928 – 2011). Building on his in-depth explorations of the history of slavery, and of créolisation, Glissant imagined le Tout-monde (“the whole-world”) where “relationships between two or more identities that are masters to themselves, would rely on changing by exchanging.”

With its diverse communities, Markham offers an interesting context within which to explore Glissant’s ideas. Six artists working with film were commissioned to engage with community members from backgrounds different from their own, thus stimulating the exploration of various means of perception and interaction with others. Ultimately, this project aims to generate a series of personal or collective encounters between artists and communities, as well as between neighbours, between friends and between strangers. 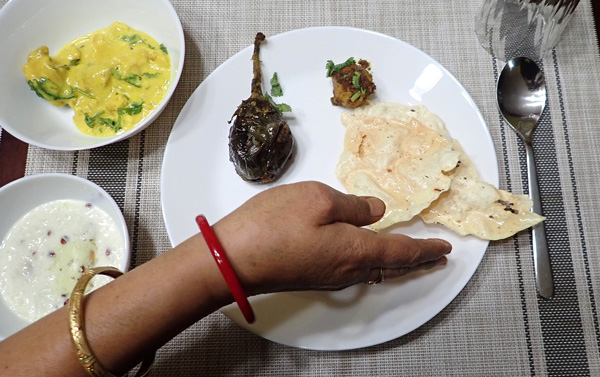 Annette Mangaard, Come Into my Kitchen, 2019, video still. Courtesy of the artist.

The artworks presented in the exhibition Tout-Monde: Markham are commissioned by Elegoa Cultural Productions with the support of the Canada Council for the Arts, New Chapter Program, in partnership with the Liaison of Independent Filmmakers of Toronto (LIFT) and the Varley Art Gallery of Markham.

Elegoa Cultural Productions is a social enterprise for artistic production that contributes to the development of creative and socially-active communities. https://elegoa.com

Andrew Chung is a Director for film and television, based in Toronto, Canada. His short films, “Ma”, “Sleepwalk” and “Lovebites” have screened internationally and have been broadcast on Air Canada and the CBC. He has directed spots for TELUS and Coca-Cola. His digital series “Millions”, received acclaim from online critics internationally, including Tubefilter, and toured film festivals in New York, Los Angeles, Vancouver, and Toronto, and won him Best Director at the Marseille Web Fest in France. http://thisisandrewc.com

Annette Mangaard is a Danish born Canadian artist filmmaker whose photography, film and installation work has been shown around the world at art galleries, cinematheques and film festivals. Mangaard has written, and directed sixteen films in more than a decade as an independent filmmaker. In 2017, she was the Medal winner for her Masters in Interdisciplinary Media, Art and Design at OCAD University. www.annettemangaard.com

With his company PassAJoke Productions, Calyx Passailaigue writes, directs, produces and occasionally acts in his own short films. His work is an Official Selection at many international film festivals including Beijing, Newark, Adana, Regina, Goa, the Toronto Black Film Festival, the San Francisco Black Film Festival and the International Film Festival of South Asia. Calyx is a winner of the Jeff Young Drama Award, the Jack Kuper Film Award, the Universal Studios Canada Scholarship in Filmmaking, the Merit Award at the Canada Shorts Film Festival and Best Film at the Miami 4 Social Change Film Festival. In 2017, Calyx earned his Bachelor of Fine Arts Degree for Film Production from Ryerson University.

Since completing his studies in film production at Concordia University, Roberto Santaguida’s films and videos have been shown at more than 300 international festivals. He is the recipient of the K.M. Hunter Artist Award and a fellowship from Akademie Schloss Solitude in Germany.

Alice Il Shin is a Korean filmmaker who received her formal film training at Nihon University, Japan. Since then, she has worked in Japan, Korea, and Canada as a director, producer, and editor. Her independent work has screened at the Cine Rail International Film Festival (France) and Jeonju International Film Festival (Korea), and has been showcased on major networks like Fuji TV (Japan). Currently, Ms. Shin lives in Canada making independent films. http://aliceshin.com

Panel Discussion
September 14, 6:00 – 7:00 PM
Join us for an enlightening discussion between the project curators and artists prior to the opening reception.

Art Bus
October 12| FREE with Registration
Join us for a FREE art bus tour! Seats are limited! RSVP to be announced. Stay tuned on social media for updates.

The Varley Art Gallery of Markham is a vital cultural hub for artists and diverse communities. A municipal gallery, we create critical conversations about Canadian art and society. We inspire local and national audiences to engage with art through outstanding exhibitions and rich public and educational programs relevant to the communities we serve. We also share and celebrate the life and work of F.H. Varley, a founding member of the Group of Seven.

The Varley Art Gallery of Markham is an accessible venue.