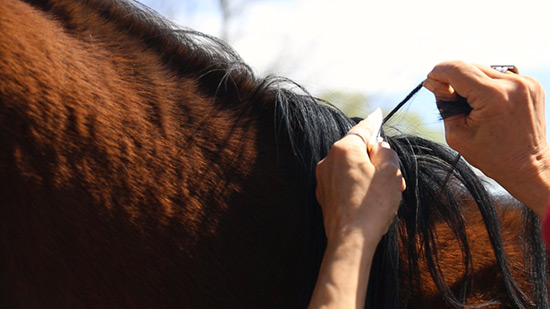 Free Rein is an installation by Feminist Land Art Retreat (FLAR), which proposes a vision of a possible future untethered from the legacies of colonialism and the tyranny of individualism. Centered on the three-channel video No Man’s Land, the work repurposes tropes of the Western film genre to subvert its typical narrative of a ruthless lone ranger out on the plain. Instead the video follows a number of horses through various landscapes and the females that take care of them, capturing their collaboration and shared pleasure in the labour at hand. The gentle tenderness of their daily rituals reveal an interdependence, one where survival is not synonymous with conquest and expansion, but relies on mutuality and trust. Here, the concept of “Free Rein” is multiple, suggesting at once, the reins of a horse being freed from its rider, freedom from the reign of a monarch and land relationships that are beyond ownership. 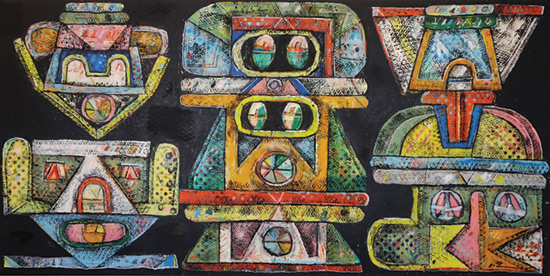 James Kirkpatrick, Most Changes (detail), spray paint and acrylic on board, 2017

James Kirkpatrick: To the Unseen Future

To The Unseen Future creates a space of spontaneity and discovery where social activity is unstructured yet unavoidable. Collapsing the boundary between artist, gallery and viewer, the exhibition will lead the visitor on a journey of discovery as one medium shifts and morphs into another. James Kirkpatrick’s work produces a space for social empathy to emerge, ignited by the intertwining of technological and human flaws, secrets and communication. He has gleaned his unique visual language through years of participation in the underground worlds of graffiti, hip-hop, noise music and surfing the Great Lakes. Kirkpatrick mixes vintage pop-culture imagery found in underground comics, retro video games, and outsider science fiction with symbolic references hidden in secret societies. He seamlessly integrates figuration and abstraction; painting and sculpture; drawing and sound; textiles and zines; performance and glitch. Weaving formal, alternate pop and historical elements into a very personal, visual narrative, Kirkpatrick delves into contemporary experiences while exploring archetypal questions.

Curated by Lisa Daniels; organized and circulated by the Judith and Norman Alix Gallery in collaboration with The Robert McLaughlin Gallery. 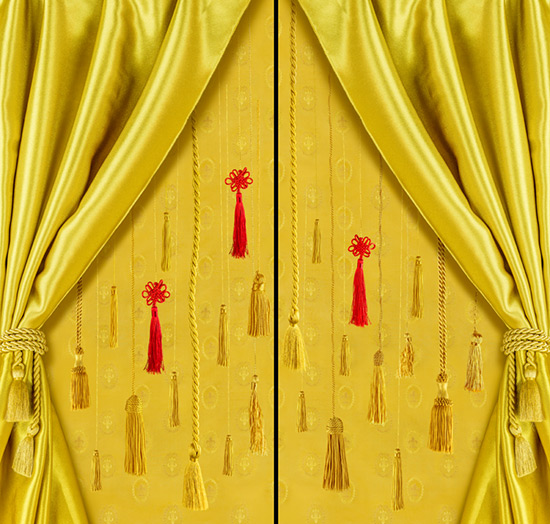 Shellie Zhang: The Ties that Bind

In 1921, Oshawa had a population of approximately 13 000 people. Of that 13 000 people, 18 are listed in the census as being Chinese. There are no people of Asian descent, including Chinese, listed in any of the previous census record. This photo installation mimics a storefront window façade decorated three red endless knots that allude to the Boston Café, Ontario Laundry and the Globe Diner; three early Chinese establishments within a 5-minute walk of Core21. These three businesses were not included in the Business and Professional Buyer’s Guide.

The impetus for the piece is to pay tribute and commemorate local histories that have not been chronicled within the downtown core. What was the experience of owning a business in Oshawa for a Chinese family? What was it like to live as a Chinese-Canadian during Oshawa’s industrial boom? What (if any) forms of community were present for these Chinese-Canadians since they were so few in number? Chinese knots are an old form of decor with connotations of luck associated. One of the many symbolisms behind endless knots is that they link ancestors with omnipresence. This installation pays tribute to the legacies created from these first communities to make this largely unseen history visible.

The Robert McLaughlin Gallery is a vibrant and engaging art gallery dedicated to sharing and protecting the stories of our communities through art, shared authority, education, and engagement. The Gallery is a meeting place for exploration and experimentation, a place where art, artists, and the community come together in conversation.

The Robert McLaughlin Gallery is an accessible venue. To learn more or request accommodations click here.