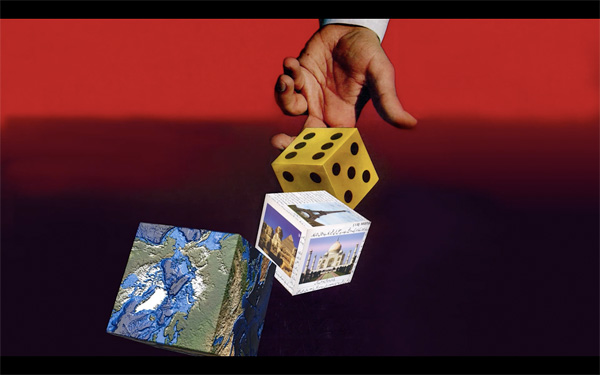 Digital networks make it possible for us to have an effect on distant people and places. From instantaneous messaging, to fundraising and information sharing, we have cultivated new ways to relate to and mobilize with each other during times of crisis. Networked Justice considers “the digital” not just as a medium, but as context in which social, political, and artistic forms arise, combining to develop methods of working together, rather than against each other.

Through this collaborative residency, artists attempt to address the following questions: how have information networks reshuffled the dynamic relations between notions of citizenship, social awareness, historiography and collective memory?; In what ways can imaging technology offer perspectives of the state of societies and environments?; And how can we form relationships to and between culturally and geographically specific issues?

Shaheer Tarar is a documentary artist who uses satellite images, found footage, and legal documents to trace historical events to the role they play in the contemporary moment. He pursues stories buried by time, space, and sediment – studying artifacts from these stories that still remain and mediate our relationship to the past. These studies are presented as publications, websites, and films.

Umber Majeed is a multidisciplinary visual artist. She received her MFA from Parsons the New School for Design in 2016 and graduated from Beaconhouse National University in Lahore, Pakistan in 2013. Majeed has shown in venues across Pakistan, North America, and Europe. Her work engages with familial archives to explore specifics of Pakistani state and urban infrastructure through a feminist lens. She lives and works in New York, USA and Lahore, Pakistan.

Sean Sandusky is a multi-disciplinary Toronto-based artist of South Asian and European descent working in performance, sculpture, installation, photography, poetry, and video. Sean gains inspiration and knowledge by moving from one political, environmental, and economic climate to another. Sean explores the intersections of race, cultural heritage, location, gender/sexuality, disability, and equity. Their work is experiential both in its physicality and its dialectical layer.

The Pattycakers (Adrienne+Keiko) are creative partners investigating the ambiguous permutations of multi-ethnicity through performance, new media installation and writing inventions. Their work engages the intersection of technology and social practice through mediations of identity. By creating collaborative experiences, they invite spectating participants to (re)consider their relationships to space and narrative.

The 2019 Themed Commission is generously supported by: