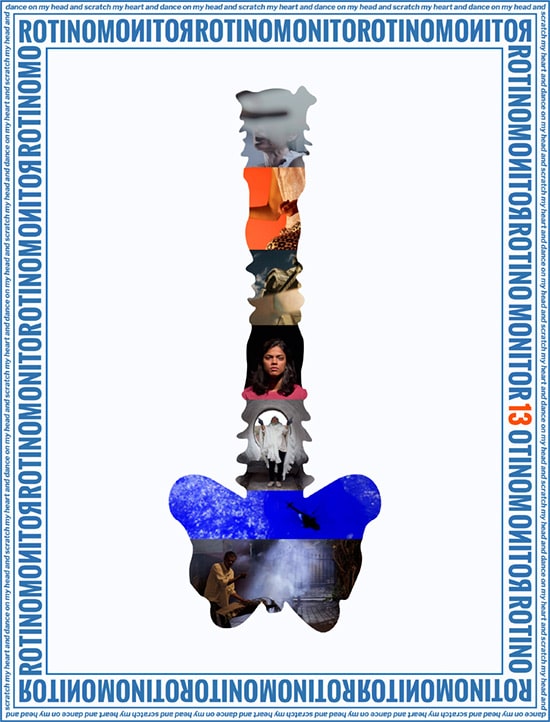 SAVAC is pleased to present MONITOR 13: Dance on my head and scratch my heart, co-curated by local artist and filmmaker Sharlene Bamboat and Delhi-based filmmaker Priya Sen. MONITOR is our longstanding experimental film and video program that holds steady engagement with an international community of artists, curators and critics, initiating dialogues around the shifting nature of politics, economies and landscapes through artists’ film. MONITOR 13 marks the third year that SAVAC invites a local curator to collaborate with an international curator(s).

MONITOR 13: Dance on my head and scratch my heart invites the viewer to consider the indecipherable traces and charges of the past. It is an invitation to dance to the meditative, moving images in the program. Through letters, biographies, surfaces, sounds and architectures, the curators have assembled the films to gesture not only towards things lost and hidden along the way, but their connections to living and renewal. The selected films are:

Priya Sen works as a filmmaker and artist across film/ video, sound and installation. Her work has screened at various festivals and venues including The Kitchen NYC, BFI London Film Festival, Forum Expanded Berlinale, Experimenta: International Festival of Moving Image Art, VIBGYOR International Short and Documentary Film Festival, and IAWRT Asian Women’s Film Festival among others. She has been at residencies at Gasworks and Nottingham Contemporary in the UK, and Khoj Studios in New Delhi. She was an India Foundation for the Arts fellow at the AIIS Archive & Research Centre for Ethnomusicology from 2016 – 2017. Sen’s work with film and sound has been around questions of form, urban ethnography, music and migration. She lives and works in New Delhi.

Sharlene Bamboat works predominantly in video and installation. Her works have exhibited at galleries and festivals internationally, including the Forum Expanded section of the Berlin Film Festival, Aga Khan Museum (Toronto), Art Gallery of Windsor (Canada), BFI London Film Festival (UK) and Vasakh Film Festival (Lahore). Sharlene often works collaboratively, most notably with artist Alexis Mitchell under the name Bambitchell. She recently completed a fellowship at Akademie Schloss Solitude in Stuttgart, Germany (2016-17), and was a resident at the MacDowell Colony in New Hampshire, USA (2018). Bamboat currently lives and works between Toronto and Montreal.

SAVAC (South Asian Visual Arts Centre) is a nomadic artist-run organization dedicated to fostering imaginative thought among artists and curators of colour. We integrate our community into the Canadian contemporary arts ecology through frameworks of self-representation. SAVAC is supported by the Canada Council for the Arts, the Ontario Arts Council and the Toronto Arts Council.