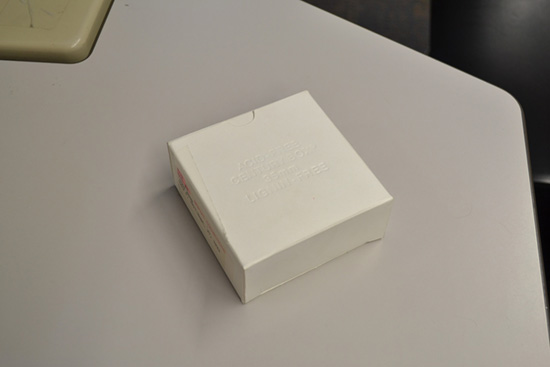 Archiving Unrest critically reflects on democratic forms of unrest and assembly, while considering the influence that records and archives of these collective actions have on the ways in which we understand and value these events. The traces that remain of the massive strike wave that spread across Canada in 1919 fail to represent the radical change that was being called for by many. While the Winnipeg General Strike is arguably the most well remembered event from that period, it did not take place in isolation; it served as a catalyst for sympathy strikes from Victoria, British Columbia to Amherst, Nova Scotia—many of which also grew to become general strikes. Yet the records of these actions fail to speak to the collective desires of the participants, and the ordered structure of the archive can be at odds with the organic nature of this unrest.

Through photo, video, and installation-based works, Archiving Unrest will seek to reflect on this form of collective action, while questioning the nature of collectivity itself. The works challenge the spectacle of much of the documentation of social and political unrest, shifting our focus from the charismatic speaker in the foreground to the crowds in the background. This is furthered by the participatory project Reading Groups, where each reading group session will discuss a text that considers group dynamics, collaborative practices and collective action, with the texts then added to a modular library structure within the gallery.

About the Artist
Michael DiRisio is a writer and visual artist based in Hamilton, Ontario. His recent work explores labour, social histories and the construction of value, through photo, video and installation-based projects. His writing has appeared in Art Papers, Afterimage, C Magazine, Espace Magazine, BlackFlash, and Public Journal, among others, where he reflects on art as a social force. He holds an MFA from the University of Windsor and has recently participated in residencies in Castellví de la Marca, Spain and Reykjavik, Iceland. His work has appeared in exhibitions at Museum London, Artcite, Eyelevel Gallery, and the Agnes Etherington Art Centre, among others, with a forthcoming collaborative exhibition with Teresa Carlesimo at Rodman Hall Art Centre.

Reading Groups Series
May 11- August 14, various times
Reading Groups will seek to reflect on forms of collective action, while questioning the nature of collectivity itself. These discussion groups will consider group dynamics, collaborative practices and collective action. All texts will be available in the modular library structure within the gallery and online. The different Reading Groups sessions will be facilitated by a compliment of activists, academics and artists including Michael DiRisio, Hamilton Perambulatory Unit, Hamilton Tenants Solidarity Network, Syrus Marcus Ware, Sherri Vansickle, Anthony Marco, Alejandro Tamayo and Steacy Easton.

All are welcome! Read as much or as little as you want, and feel free to bring your questions. All readings are available here, and also will be made available in the modular library structure as part of the exhibition Archiving Unrest during regular public hours.

Saturday, May 11, 2-4 pm
Michael DiRisio will consider the first 7 paragraphs of Judith Butler’s Bodies in Alliance and the Politics of the Street, which reflects on what it means to gather together in public space, as well as the way that spaces are made public through this gathering. Paying particular attention to collective actions and demonstrations, Butler considers the significance of visibility and appearance in these actions, engaging with Hannah Arendt’s notion of the “space of appearance,” while challenging the limits of Arendt’s theory and asking who is continually excluded from these public spaces.

Saturday, May 18, 2-4 pm
Emily and Alex of the Hamilton Tenants Solidarity Network, will focuses on the possibilities for collective organizing by tenants in response to gentrification and displacement pressures. We’ll talk a bit about how gentrification works in general and about the role real estate capital plays in post-industrial cities like Hamilton. We’ll also talk about recent examples of housing struggles in Hamilton, including the seven-month rent strike waged by tenants of the Stoney Creek Towers in 2018.

Saturday, June 8, 2-4 pm
The Hamilton Perambulatory Unit (HPU) will be leading an itinerant reading group to discuss a chapter from Karen O’Rourke’s Walking and Mapping: Artists as Cartographers, focusing on the political practice of perambulation and critical cartography (walking depending on weather).

Saturday, June 15, 2-4 pm
Sherri VanSickle’s session will review the TRC Calls to Action as well as the United Nations Declaration on the Rights of Indigenous People, with some poetry by indigenous writers.

Saturday, July 13, 2-4 pm
Syrus Marcus Ware’s readings will deal with blackness and trans identity and how we can imagine creating a world where black trans lives are cherished and able to thrive.

Wednesday, July 17, 7-9 pm
Anthony Marco, President of the Hamilton and District Labour Council, will explore the crucial roles that traditionally-female union groups and leaders had during the Winnipeg General Strike, an often overlooked contribution mentioned in mere footnotes.

Saturday, August 10, 2-4 pm
Alejandro Tamayo’s readings explores the action of laziness and its creative potential. In addition, it includes a contemporary account on laziness by art historian Sven Lütticken and the radical reading of Duchamp’s laziness by sociologist and philosopher Maurizio Lazzarato.

Wednesday, August 14, 7-9 pm
Steacy Easton’s readings are about the bath house raids in Toronto and Edmonton, plus bath houses intended for hygiene in Montreal and Ottawa. Discussion will focus on how we construct third spaces, how public spaces are policed, how sexuality emerges as a social reality, and the liminality between hygiene and vice.

Archiving Unrest exhibition and programs are part of Massive Disruption: Commemorating the Winnipeg General Strike, which runs from May 1 to August 16. Click here for all of our commemorative programming!

WAHC acknowledges the Canada Council for the Arts and the Socrates Project for its support of the Main Gallery exhibition program, as well as the Ontario Arts Council, the City of Hamilton and the Province of Ontario for its on-going support.

The Workers Arts and Heritage Centre acknowledges the generous support of: