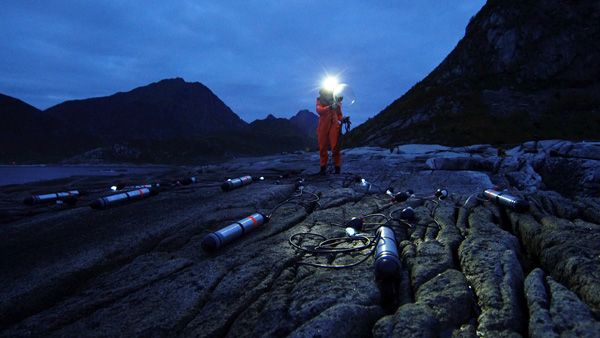 Although the worlds we inhabit are invariably composed of sensations and sense-makings, it is a peculiar challenge to perceive ourselves sensing. Because our human-centred sensory habits are so difficult to discern, we can often mistake them for natural tendencies. As an attunement to the aesthetics of sensation, the exhibition Logics of Sense—presented in two parts at the Blackwood Gallery, University of Toronto Mississauga—examines sense-in-the-making, from the surface of incorporeal events to a multiplicity of decentralized perceptions, and from itinerant geo-methodologies to the various disciplinary frames and frameworks that artistic intelligence retrofits for emergent social and political realities.

Logics of Sense 1: Investigations (September 4–October 19, 2019) includes works from Ursula Biemann, Mikhail Karikis, Susan Schuppli, and Jol Thomson; their respective videos and video essays address the interactions between land and the atmosphere, changing planetary dynamics, terrestrial micro-events, and the inheritance of knowledge. Moving through modes of prediction, observation, expression, perception, and re-configuration, visitors are invited to explore the becoming-sensuous of technoscience in formation.

Logics of Sense 2: Implications (October 28–December 7, 2019) includes works by Revital Cohen & Tuur Van Balen, Barbara Marcel, Beatriz Santiago Muñoz, Miles Rufelds, and Yang Ming. Among their videos, sculptures, and screenings, visitors are implicated in both seeing like a state and sharing in ecological complicity through colonial pasts and capitalist futures. As geopolitical backstories unfold to reveal an entropic obsolescence of objects, a storm builds toward the moment of its explosive release. 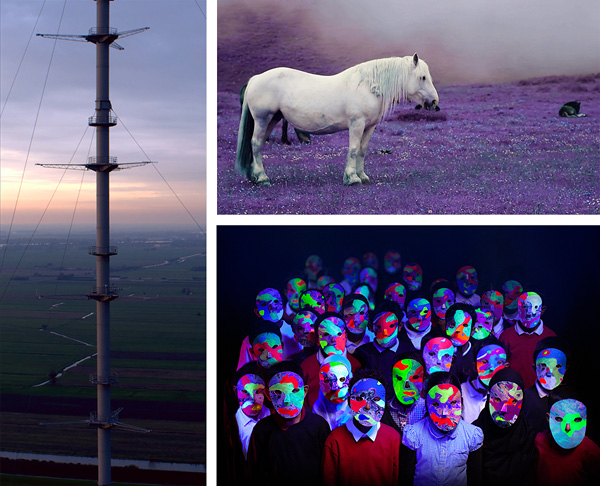 Logics of Sense 1: Investigations is presented within the context of the Global Climate Strike when millions of people around the world will walk out of their workplaces and homes to join young climate strikers on the streets and demand an end to the age of fossil fuels. The Blackwood’s exhibition forms one part of the University of Toronto Mississauga’s active participation in the strike throughout the month of September through a series of events and by offering relevant resources to the community. For more information and to participate, see here.

In advance of the Global Climate Strike walk-out on September 20, join facilitators from the Justseeds Artists’ Cooperative to create banners, placards, and posters in support of climate justice. Sharing techniques from the long-standing tradition of artmaking for protest movements, guest artists Mary Tremonte and Jesse Purcell will share strategies for slogan-writing, screen-printing, hand-painting, and iron-on adhesives in daily workshops and drop-in arts builds. The collection of signs and banners co-produced throughout the week will be made available to participants in the September 20 walkout.

More exhibition-related programming, including a performance-lecture, artist-led workshop, and bus tour will be announced soon!

The Blackwood Gallery gratefully acknowledges the support of the Canada Council for the Arts, the Ontario Arts Council, and the University of Toronto Mississauga.