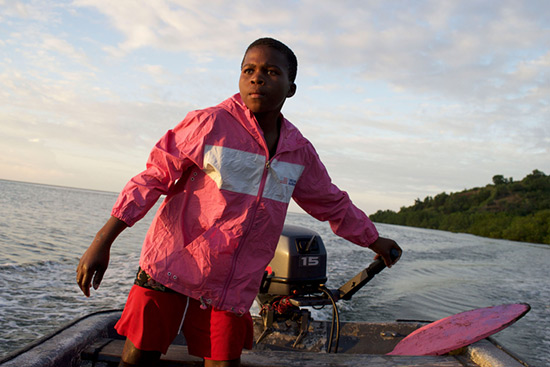 Please join artist Laura Henno for a talk about her work, presented in conjunction with her two-channel video M’Tsamboro, on view on the Salah J. Bachir New Media Wall.

This silent video was filmed in the Comoros archipelago near Mozambique, Africa, which has become the epicentre of a migration crisis. M’Tsamboro is an uninhabited islet where smugglers often disembark refugees under the false pretense that they have reached Mayotte, a French territory and sought-after destination. Conned and stranded, the migrants must then make additional payment to board boats operated by children. Taught to pilot the boats and avoid border patrols, these boys face all the perils of their illegal and dangerous activity. Henno’s quiet and poetic portraits contrast with the harshness and precariousness faced by her young subjects.

Laura Henno (French, b. 1976) lives and works in Paris, France. She holds an MA in photography and cinema from Le Fresnoy-Studio national des arts contemporains (France). Henno’s work focuses on issues of migration and displacement and has been exhibited internationally, including at the Rencontres d’Arles, France (2018); the Sharjah Biennial 13, Beirut, Lebanon (2017) and the Finnish Museum of Photography, Helsinki, Finland (2011). Her photographs and videos can be found in the collections of the Fondation Kadist (France and USA); the Fonds régional d’art contemporain de Saint-Denis (Réunion); and the Collection Neuflize Vie (France). In 2007, she was awarded the Prix Découverte des Rencontres d’Arles. She is represented by Galerie Les Filles du Calvaire, Paris, France. 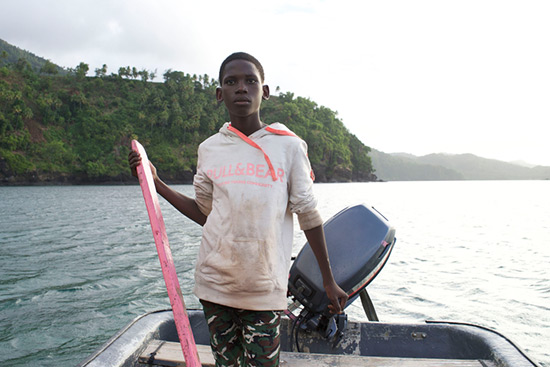