On view at the Art Gallery of Hamilton until January 5, 2020 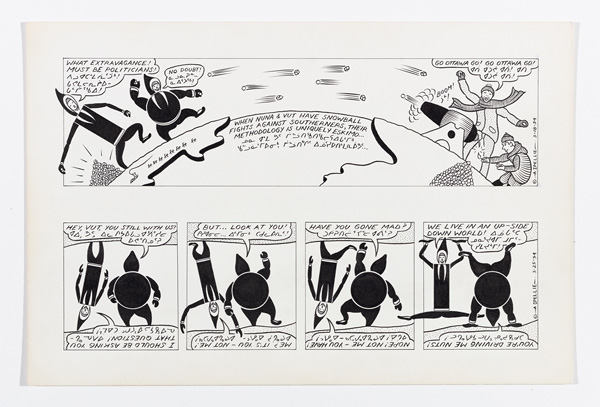 Alootook Ipellie: Walking Both Sides of an Invisible Border in its final weeks at the Art Gallery of Hamilton

Alootook Ipellie (1951–2007) was born at Nuvuqquq on Baffin Island and grew up in Iqaluit before moving to Ottawa as a young man. He started working as a translator, illustrator, and reporter for Inuit Monthly (renamed Inuit Today) in the early 1970s, and later was its editor. Through his widely-read poems, articles, and essays, Ipellie gave voice to important cultural, political, and social issues affecting Inuit Nunangat, with humour and immense patience. Ipellie was a prodigious artist, creating hundreds of political cartoons, serial comic strips including “Ice Box” and “Nuna and Vut,” and larger drawings, such as the well-known illustrations published in his book Arctic Dreams and Nightmares (1993). This first retrospective of Alootook Ipellie’s extraordinary work draws from the many aspects of his career, demonstrating the importance and continued relevance of his voice and vision. 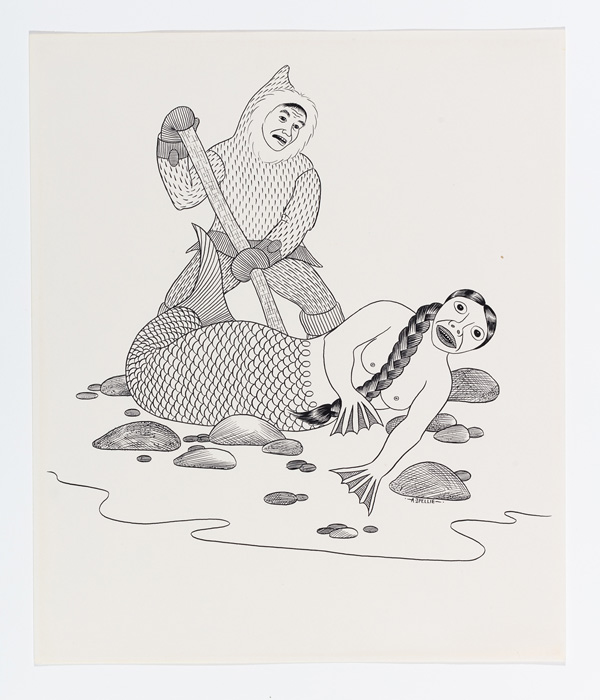 Alootook Ipellie: Walking Both Sides of an Invisible Border
On view at the Art Gallery of Hamilton until January 5, 2020