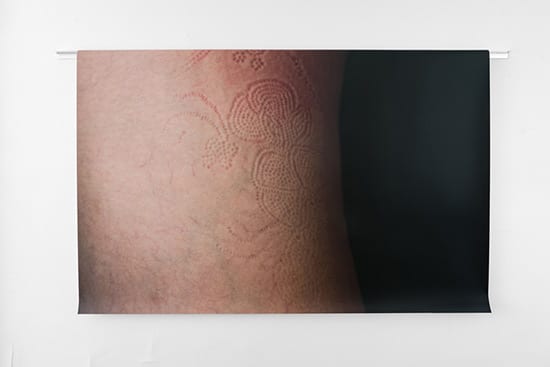 Modern Fuel Artist-Run Centre presents a collaborative exhibition by Jeneen Frei Njootli (Vuntut Gwitchin Nation) and Dayna Danger (Métis/Saulteaux/Polish) curated by Genevieve Flavelle. Drawing on Danger and Frei Njootli’s multifaceted practices and friendship, A Fine Pointed Belonging explores the negotiation of consensual representation and what is given to be seen. Through collaborative performance, photography, and sculpture-based works, the artists invite viewers to consider what consensual representation can look like for their bodies, identities, and cultures when the pervasive demands of settler colonialism are subverted.

Building on trust, embodied experience, and cultural knowledge A Fine Pointed Belonging explores making new belongings, belonging with each other as a kin, and belonging to oneself as a sovereign subject.

Materials will be provided.

Presented in partnership with Ka’tarohkwi Festival of Indigenous Arts

Dayna Danger is a 2Spirit, Metis – Anishinaabe(Saulteaux) – Polish visual artist raised in so called Winnipeg, MB. Through utilizing the processes of photography, sculpture, performance and video, Danger creates works and environments that question the line between empowerment and objectification by claiming the space with their larger than life works. Ongoing works exploring BDSM and beaded leather fetish masks negotiate the complicated dynamics of sexuality, gender and power in a consensual and feminist manner. A prairie-homo at heart, they currently reside in Tio’tia:ke or Mooniyaang, unceded Haudenosaunee and Anishinabe territories or so called, Montreal. A Fire-starter and drummer, their focus remains on Indigenous visual and erotic sovereignty and uplifting 2S, trans and non-binary kin. Danger has exhibited their work nationally and internationally in such venues as Latitude 53, Edmonton AB; Urban Shaman, Winnipeg, MB; Warren G Flowers Art Gallery, Montreal; dc3 Projects, Edmonton; Roundhouse Cafe, Vancouver, and the New Mexico Museum of Art, Santa Fe. Danger has participated in residencies at the Banff Centre for the Arts and at Plug In Institute of Contemporary Art. Danger currently serves as a board member of the Aboriginal Curatorial Collective (ACC/CCA). Danger is an Artist in Residence through Initiative for Indigenous Futures at AbTeC. Their artwork was on the front cover of Canadian Art magazine Summer 2017.

Jeneen Frei Njootli is a Vuntut Gwitchin artist who has performed and exhibited her work internationally, from galleries to rooftops, casinos, runways and the bush. She works across numerous media and modes, including performance, sound, installation, fashion, and with community, and is a co-creator of the ReMatriate Collective. Frei Njootli holds a BFA from Emily Carr University of Art and Design (2012) and an MFA from the University of British Columbia (2017). In 2016 she was one of three recipients of the William & Meredith Saunderson Prize for Emerging Canadian Artists from the Hnatyshyn Foundation. She was longlisted for the Sobey Art Award in 2017 and in 2018, she was shortlisted for the same. Her work has been the focus of solo exhibitions at Fierman Gallery, NYC; Artspace, Peterborough; Southern Alberta Art Gallery, Lethbridge; and Definitely Superior Art Gallery, Thunder Bay. She has participated in the 2018 Biennale d’art contemporain autochtone (BACA) / Contemporary Native Art Biennial, and in group exhibitions at Western Front, Vancouver; ONE AND J + 1, Seoul; Mercer Union, Toronto; Available Light Film Festival, Whitehorse; LandMarks2017/ Repères2017, PAVED Arts, Saskatoon; Whitewater Gallery, North Bay, ON; Art Gallery of South Western Manitoba, Brandon; Vancouver Art Gallery, Trinity Square Video, Toronto; Yukon Arts Centre, Gallery 44, Toronto; and many others. Her work has been part of Indigenous Fashion Week in Toronto (2018) and Vancouver (2017) as well as at the Adäka Cultural Festival in Whitehorse (2015). Frei Njootli has completed multiple residencies at the Banff Centre for the Arts and, has collaborated with James Luna, Olivia Whetung, Tsēma Igharas, Krista Belle Stewart with Laura Ortman, Lyndsay Lachance, Dana Claxton, Angela Code, Tania Willard, Gabrielle l’Hirondelle Hill and Chandra Melting Tallow. Her work is in the Vancouver Art Gallery’s permanent collection. Jeneen Frei Njootli is currently a grateful, uninvited guest on unceded Tsleil-Waututh, Musqueam and Skwxwu7mesh territories. 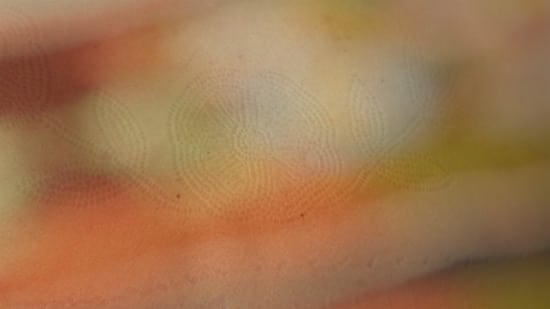 Modern Fuel Artist-Run Centre is a non-profit organization facilitating the presentation, interpretation, and production of contemporary visual, time-based and interdisciplinary arts. Modern Fuel aims to meet the professional development needs of emerging and mid-career local, national and international artists, from diverse cultural communities, through exhibition, discussion, and mentorship opportunities. Modern Fuel supports innovation and experimentation, and is committed to the education of interested publics and the diversification of its audiences. As an advocate for contemporary art, as well as for artists’ rights, we pay professional fees to artists in accordance with the CARFAC fee schedule.