Except for a pair of girls looking up and away in wonder and a disembodied hand, there aren’t any people in Sarah Anne Johnson’s current exhibition at Stephen Bulger Gallery. This is worth noting. From her earliest work on the community of Canadian tree planters to her ongoing project about her grandmother’s abuse at the hands of a CIA-funded psychiatrist to her more recent photos of people making love, she has established herself as an artist brimming with empathy for her fellow humans. Even her previous landscape series from the Arctic, with which this new collection of desert locales has certain similarities in style and content, established a sense of scale and humanity through the presence of others. 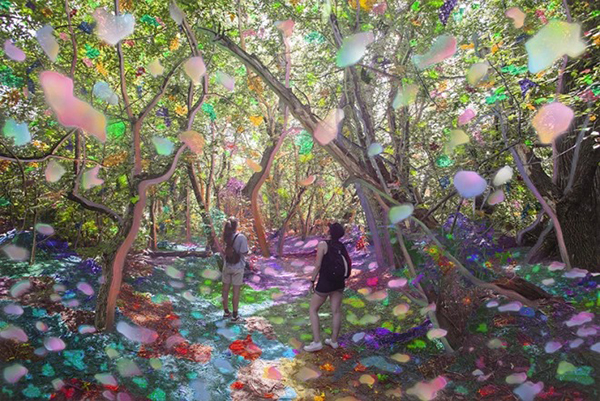 This exhibition, on the other hand, titled explicitly This Land (with the lyrical implication that it is neither “my land” nor “your land,” but, in fact, nobody’s land), leaves mere mortals and their world-destroying behaviour behind for transcendental weather patterns, alien monoliths, and animated mineral and botanical motifs. While some of these might spark wonder, such as the rippling vistas of holographic strips that turn sunset-saturated skies into value-added postcard scenes, the punctuating presence of a handful of black suns made emphatically doom-laden with the application of charcoal black epoxy forms right on the photographs’ surface creates a sense of foreboding. The evocation of eclipses and their associated history as omens of catastrophe adds a pessimistic note to an artist whose body of work more often elicits a sense of hope. That she also includes a piece called Apocalypse #1 with another sunset, but one distorted through a more chaotic application of those same holographic strips and then further messed up by a wash of dripping acrylic paint, is evidence that end times are not far from the artist’s mind (which is not surprising given the ever more frequent indications that times are ending in the daily news). 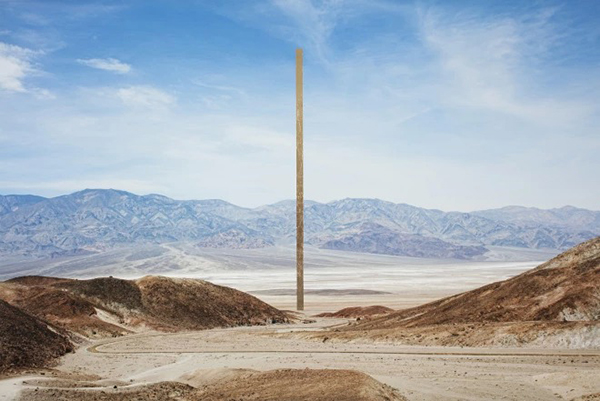 There is still a sense of whimsy and awe in this new work. A pair of photographs that feature a huge pile of rocks include either cartoony clouds drawn on the image with what looks like a thick-fingered Photoshop effect or actual cotton balls. The kind of psychedelic effects that were front and centre in her previous series of roaming bands of outdoor rave fans are echoed here in the neon striping on scattered cacti and the rainbow tracers of the kind that overlay our vision when we’re experiencing drug-induced altered states. This is in line with Johnson’s method of adding expressionistic elements to the objectivity of her chosen medium in order to imbue it with something that feels phenomenologically truer.

But a lingering sense of our puny presence in the face of some greater order remains in works like Golden Spike and Signal #1. They evoke ancient religious structures or celestial symbols that predate our flagrantly modern ways and remind us that civilizations will come and go. The people that are so often at the heart of Johnson’s work are insignificant here. They are temporary, fleeting blips that barely register in the lifespan of a desert. All that remains, and all that ever will remain, is the land.