Iranian-born artist Sara Niroobakhsh is internationally recognized for her performative and visual concepts that engage the globalizing feminine psyche. Working in video, photography, painting, and found objects, she weaves together the themes of the inner dialogue of a woman’s duty versus her desire. Recent exhibitions of her work have been held at the Czech China Contemporary Museum in Beijing, the Florida Museum of Photographic Arts, and South Korea’s CICA Museum. A truly global artist, Niroobakhsh’s work evokes the feminine realm as she draws from the personal, mythological, and cultural to reflect on themes of beauty, isolation, creativity, and fertility. Her current exhibitions include the solo exhibition Zaghareet at the Varley Art Gallery of Markham, which closes on September 2, and I, Saffron at the Joan Goldfarb Visual Arts Study Centre gallery at York University, which opens on September 26.

Over time I have become fascinated by the radical range of the zaghroutah’s psychic and emotional expressivity, as well as the multicultural value it offers in an essentially female/feminine performative space. A mode of communication that predates language, ululation also has compelling universal and even primal qualities. To explore the power of zaghareet to call forth this shared sense of human experience, I invited seven women artists from around the world to record themselves while performing this archetypal cry. Each woman’s performance was given its own screen in a single-wall, multi-channel video installation. Then, in collaboration with a New York-based team of coders specializing in algorithms for heat and movement sensitivity, we programmed sensors capable of activating each video independently. Depending on their pace, if a visitor proceeds organically along the exhibit wall, there will be instances when each performance is sparked in sequence, one after the other; there will be times when only a single video is playing, allowing for closer enjoyment of a particular style of the intercontinental oral tradition; and there will be yet other moments when all performances are going in unison, creating a wonderful surprise for the audience. 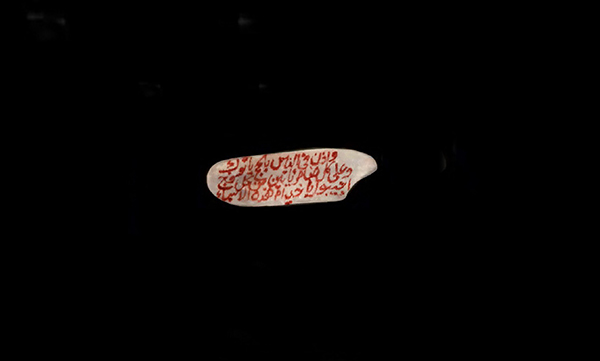 I, Saffron reflects equally on the laborious and poetic nature of Persian cuisine. Rice is used in many dishes in Asia and the Middle East. I, Saffron involves writing text in Farsi on grains of rice with Saffron ink. The text includes my personal emotions and experiences. Thousands of grains of rice are attached to small pins and mounted on the biggest walls in the exhibition. Saffron is an important ingredient that is often used in many Iranian dishes. The act of picking saffron – both captivating and mechanical – requires 70,000 flowers to produce one kilogram. The fruition of this endeavor is a magical process and is often performed by women.

By sitting at a desk and slowly writing my diary on massive amounts of rice, I am paying homage to all the female ancestors whose journey consisted of creating joy out of routine and ordinary practices. In order to convey this impression, I will set up a camera with a micro lens and focus on writing my feelings on each grain of rice. The audience will have a chance to view my performance piece now until the ending the exhibition in December. An installation that incorporates aspects of Persian hospitality (cooking, working for the family) along with the fusion of modern technology will allow for a natural engagement between the artist and an audience. Art has the capacity to break down barriers and open up conversations on cultures that are foreign to the Western eye. 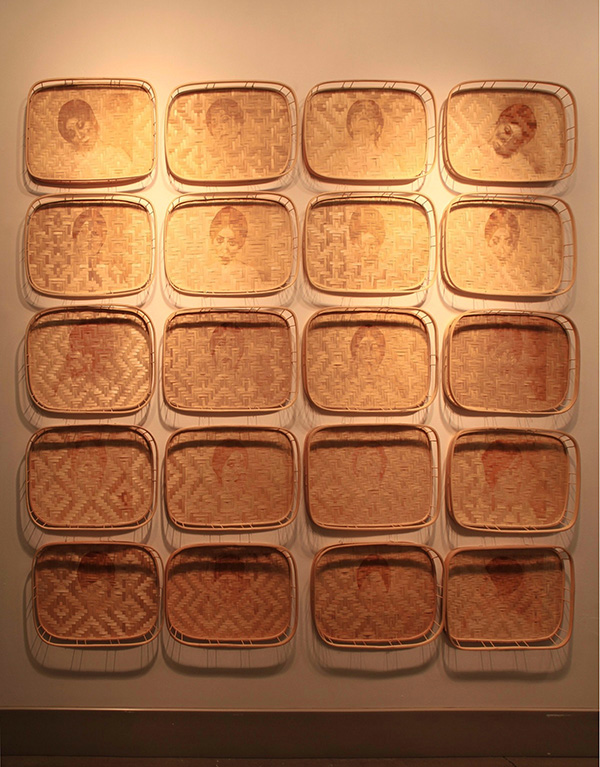 For this installation, I gathered numerous rattan basket trays. They were made by weaving leaves, hair, and my own portrait to represent the story of a woman in Iran who is interconnected (literally) with duties beyond her familial obligations. I deliberately used my picture with a specific artistic technique (laser engraving) combining earthly elements to draw the audience into a realistic realm of the ideal role of domestication. Women in Iran are responsible for managing the home and are also expected to embody Iranian hospitality. A basket or tray gives and receives; therefore, through these photographs I wanted to explore the social norms of hosting a party. 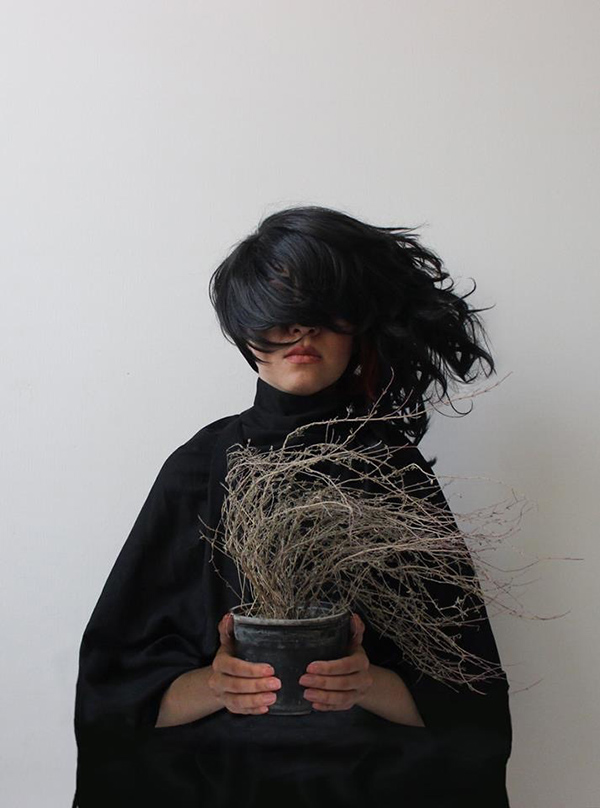 The wind has blown from the East captures the symbiotic relationship that all humans have with nature. For Iranians a garden represents the very essence of life. Gardens, like oases and natural surroundings, as well as the species around them like sparrows, are a symbolic motif found in many folkloric stories and poems in southwest Iran. Ahwaz, the city where I was born, is a dry region. Desertification, war, and industrial development caused severe sand and dust storms across wide swathes of the province. Gardening outdoors is limited, so there are more small indoor gardens. At the time I was putting together this series I wasn’t sure why I was so sad, but as I was editing my work I was also leaving Iran. I had taken the pictures of the plants separately and I realized that it was also true to my own experience: I was uprooted from my homeland. The plant is part of me because it represents my familial bonds and childhood; however, it is also forever separated as well. 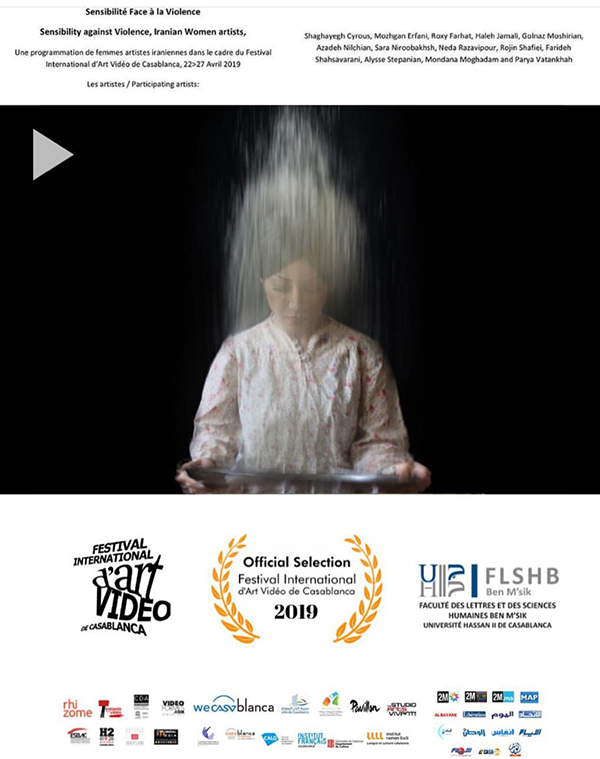 Rainfall examines contemporary issues surrounding the role of women in the Middle East. I tackle these political themes through a strategy of subtlety. This project captures both the rituals and the endless routine tasks that occur indoors amongst women engaged in their daily familial obligations. Rice is used in many dishes in Asia and the Middle East, and I consider cooking it a creative act that has aspects of theatre. Imagine matriarchs of the khoone trapped indoors and passing their days simmering stews and cooking aromatic rice. Rainfall explores the personal, and often untold, stories of women trapped in a dull existence. In this work, I consider how the domestic lives of women act as another veil that hides them and their labor. A woman is seen through a window as she cleans rice on a tray. Gradually she covers herself with rice until she disappears. These harmless household chores deaden the life of many uneducated and educated women in Iran.