Sameer Farooq’s interdisciplinary practice investigates tactics of representation and enlists the tools of sculpture, installation, photography, documentary filmmaking, writing, and the methods of anthropology to explore various forms of collecting, interpreting, and display. The result is often a collaborative work which counterbalances how dominant institutions speak about our lives: a counter-archive, new additions to a museum collection, or a buried history made visible. Sameer has had several solo exhibitions internationally and his work BOOP Museum is currently on view at the Visual Arts Center of Clarington. He will also show a series of recent works at Zalucky Contemporary in Toronto opening in June 2019. 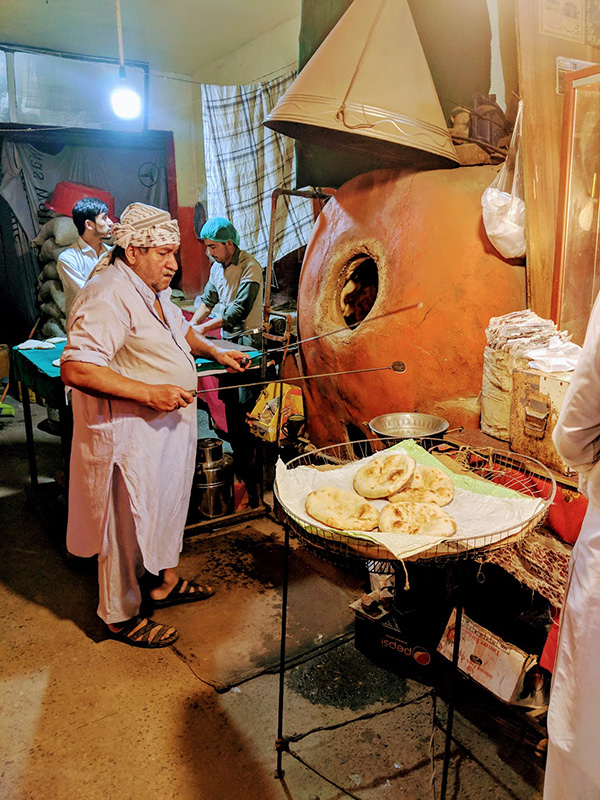 Dough in hand, we would visit the tandoor (clay oven) in my family’s neighbourhood in Peshawar, Pakistan. The tandoor functioned as a sort of gathering place for the neighbourhood to chat about things and have their naan fired fresh for the meals of the day. It was a family-run business with an almost cartoon-like tandoor: a massive, bulbous, clay vessel, lying on its side. Dough would be rolled out and then placed on a naan gaddi (cushion) and then thrown onto the side of the hot oven’s wall. After a moment, the naan would puff up into a charred disk and a large metal skewer would be used to pull the bread off the wall. The naan wala would rapidly throw piece after piece to his assistant at the front of the shop who would stack and pack up the naan for customers. Heavenly. 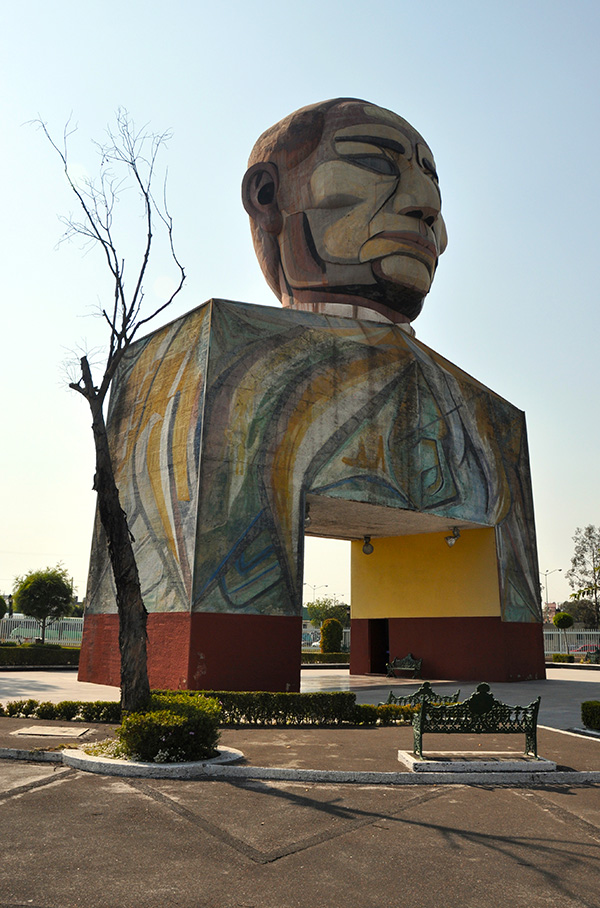 It is estimated that Mexico City has about 150 museums and one of the most original is Museo Cabeza de Juárez in the Iztapalapa district. I visited this museum about a year ago and was stunned by a forty-foot square arch which holds Juarez’s massive head sitting in the middle of a busy traffic rotary. Architect Lorenzo Carrasco designed the giant expressionist head in 1976 to commemorate one of Mexico’s most beloved presidents. Entering the museum entails climbing up into the arch (his shoulders) and literally walking inside of his head where there is an exhibition of paintings by Tamayo, Rivera, Siqueiros, a small collection of flags, and a timeline of Juárez’s life. When I visited, two military guards stood by one of the shoulder entrances and asked me what on earth I was doing there. They made me sign in and I noticed that the previous visitors signed in three months earlier! 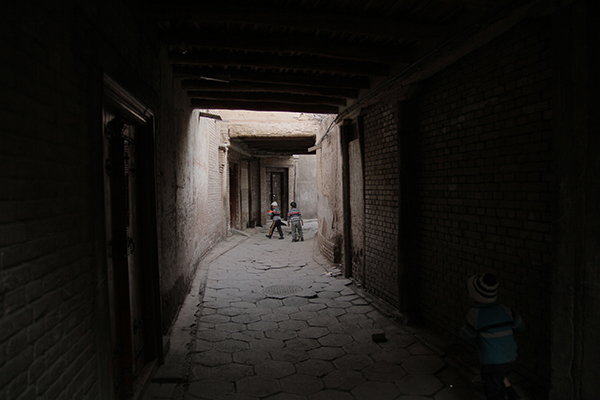 Street view from the old city of Kashgar, China.

This city in the heart of Central Asia has been an important crossroads for centuries between China and the Eurasian continent. It is also one of the major cities of the Uyghur Muslims, an ethnic minority in China who have recently been in the news after reports of mass internment (over one million) in Chinese “re-education” camps. Roughly a decade ago, I spent several years in this city working on a film (about the vibrant music scene among the Uyghurs) and documenting the old city, which was rapidly being razed in order to make room for new development. I think a lot about my time there, what a singular place it is, and the many people I met there who may very well have become part of the internment sweep. Consider supporting the Uyghur Human Rights Project. 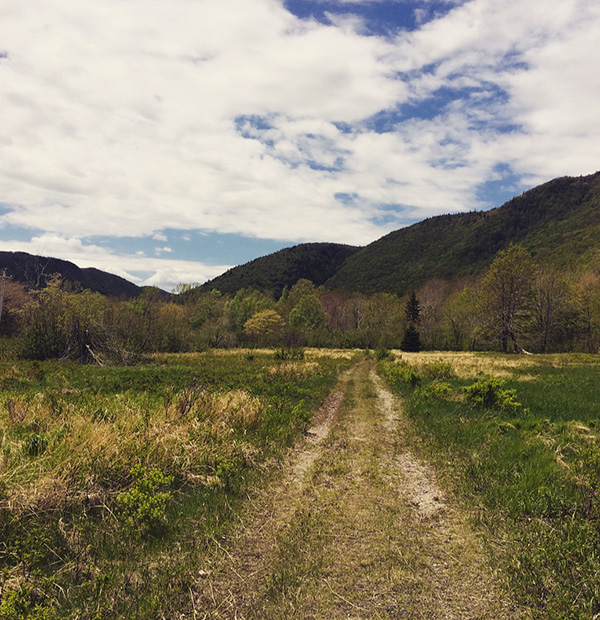 Although I was born on Cape Breton Island and lived there for eighteen years, it was only returning as an adult that I discovered Kalapa, the psychic center of Shambhala Buddhism (as determined by its founder, Chögyam Trungpa). The area is a deep, lush valley that cuts into a number of steep forested mountains on the eastern side of the island. A shallow river snakes through the property, there is a waterfall and several stupas on the land. Trungpa remarked at the “amazing and auspicious” land formations in the area and claimed that Kalapa Valley would help energize Shambhala centers worldwide. What I find quite amazing is that growing up on my very working class, hockey playing, fiddling island, there was absolutely no discussion of this important Buddhist site and energetic vortex just a stone thow’s away. 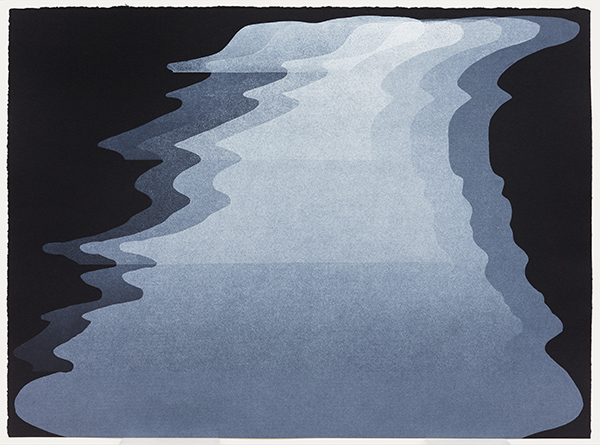 An example of a meditation painting from the series 24 Affections (Sameer Farooq), on exhibit at Zalucky Contemporary, Toronto, June 13-July 6, 2019.

For a couple of years I would join a weekly online class with people around the world geared toward sharpening intuition and developing clairvoyance. The teacher, Deganit Nuur, made us regularly practice locating the centre of our heads and building out its architecture in order to create a familiar place from which to perceive things beyond normal sensory contact. The centre of my head looked like a wooden platform in front of rolling farmlands. The most electrifying process was when we were asked to drop a viewing screen in front of us while seated in the centre of our heads. For me, it became a very powerful tool to project a series of internal images, abstract forms, and objects which together formed a very subjective collection of artifacts directly related to my body in the world. Although I do not know where these things come from, I look forward to getting to know them over the years.