Reva Stone at the School of Art Gallery at the University of Manitoba, Winnipeg

You can visit Reva Stone’s solo exhibition erasure at the School of Art Gallery at the University of Manitoba and simply come away with a shrug. You can leave knowing Stone’s intentions and just as easily get back to your daily routine without giving it another thought. You can do this not because of the sparseness of the exhibition or the unassuming video projections, but because what she is after, although pertinent, might seem improbable for the average Winnipegger.

To some degree we are all aware of the insidious things Google and other tech giants do with the selfies we flush into our social media streams. We know at this point that they know about our inner thoughts – maybe even the thoughts we haven’t even had yet. And we also know that, aside from the expected commercial usage, they may be sharing our data with state powers. Most of us continue to remain willfully oblivious to the implications of surveillance and the incremental loss of privacy we have in our lives. We continue to give ourselves up to digital spaces and the next trending smart device. The ramifications for the moment, at least, seem immaterial and so we pick up our phones and upload. 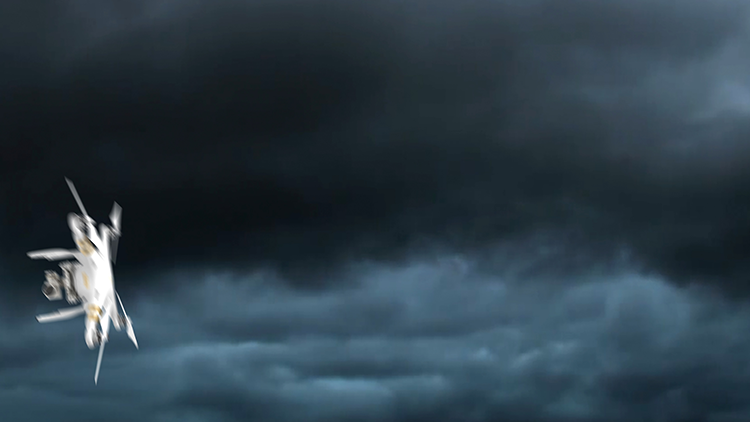 But Stone insists we think closely about what’s going on. Not with phones per se, but another fun and pervasive thing we find flying through the air: drones. Two custom-made replicas hang in one corner of the gallery. Rigged with cameras, they ominously watch and record visitors. On a feedback screen, whatever images they target and capture get blown up in flames. Here Stone reminds us of the very real status of drones as weapons for war and the destruction of communities of innocent civilians. On another projection, we see an ever-erupting mushroom cloud from the atomic bomb detonation in Hiroshima. The scene was also captured by a radio-controlled drone. It’s a callback to the way this same technology has long mediated war. The third wall-length projection shows a myriad of unmanned drone vehicles – everything from a P.1 HH Hammer Head to DJI camera drones – continuously flying downward.

Global conflict is most often experienced from a disaffected distance. This is especially so for the average North American. We are lucky enough to be away from the threats and the theatrics of war. And so, we slip into only a general awareness of something happening elsewhere. At least until we are targeted. In today’s fraught world, and as hard as it might be to admit, that is not improbable. For military powers operating drone strikes, distance becomes a way to mute the severity of battle, making it easier to dislodge the consequences of collateral damage. Instead of isolating specific targets, entire populations get lumped in. Stone reminds and re-educates us about this aspect of the innocuous devices we play around with like toys.

You may only momentarily empathize with these works. You may not even know what to do with them or grasp how they fit into your life. That’s understandable. But even as we passively observe, we’ll only be half removed. However hushed it might be, Stone’s exhibition nudges at our ambivalence.

Reva Stone: erasure continues until April 26.
School of Art Gallery at the University of Manitoba: http://www.umanitoba.ca/schools/art/gallery/index.html
The gallery is accessible.