Love hurts. This deceptively simple, two word sentence sums up an essential life lesson confirmed by everyone from Nazareth to Cher. It also encapsulates the inherent contradiction of love: the flipside of the blissful warmth in your heart is a gut wrenching ache that turns you inside out. While the former gets all the acclaim, the latter is the primary experience. Before you even know what love is, you’ve felt its absence deep within your person. That lack leaves you less than whole, craving completion, undone by another. Every romance ever told (and more than a few tragedies) is fueled by this unfulfilled desire. A Freudian might deem it unfulfillable and hone in on desire as a perpetually frustrated state, but that didn’t stop Elvis from falling in love and it hasn’t done much to discourage most of the planet from sexing it up. 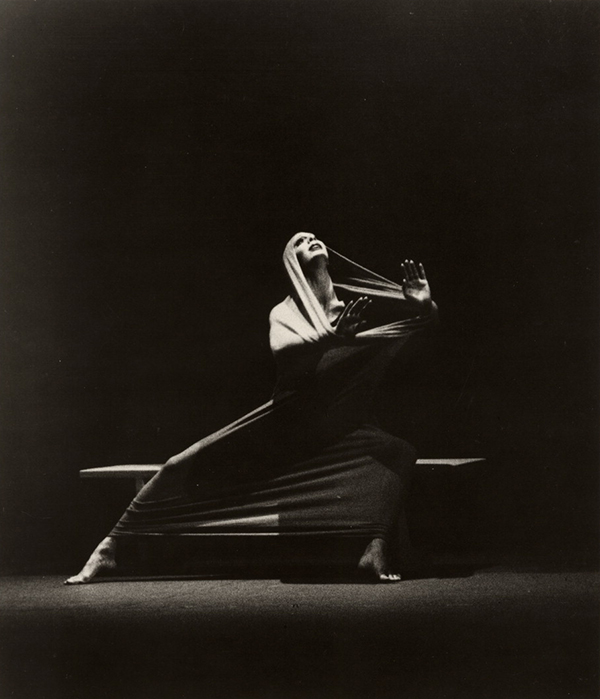 Our ongoing fixation with connection, with intimacy and authentic interpersonal bonding, and how it feels in our body when it falls short (and it always does), is the reigning theme of Scrap Metal Gallery’s summer group exhibition Muscled Rose. Its promotional graphic features a rose-red boxing mask that links to Michelle Bellemare’s Everlast sculpture sitting inside on the gallery floor: a pair of crimson boxing gloves sewn together to create a heart that echoes the mask’s rose. The implication is that love is a battlefield, and there are plenty of indications we like it like that. David Altmejd’s mirrored box Untitled 3 (Puddles) is modified through violent strikes that pierce it five times, which implies that even self-love has its own internal strife. Amidst a nearby pile of shattered architecture sits an old CRT monitor playing a video of Peggy Lyman wrestling with her limits in Martha Graham’s choreography Lamentations. As evocations of the self in conflict with itself, these three pieces, along with Julia Dault’s high tensile Plexiglass and Formica sheets (which the artist wrestled into place before slipping away to leave them bound against each other), portray states of fragile balance sustained through a mutual impulse to upend the balance – which might sound familiar to anyone who has spent time in therapy or couples counselling. 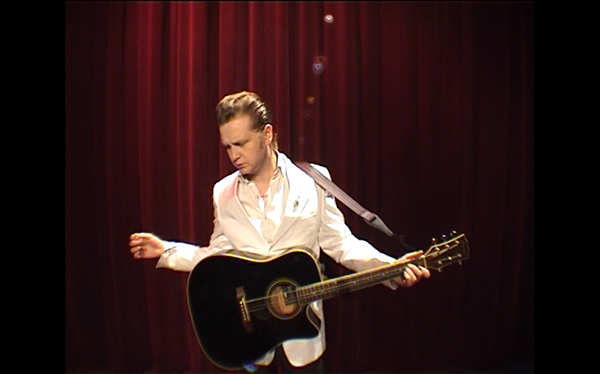 Chris Curreri’s Kiss Portfolio and On Kawara’s I Am Still Alive telegram capture the two furthest ends of a spectrum of proximity that link one person to another. Curreri’s close cropped photographs of two mouths at work blur (or, at least, moisten) the line between the respective lovers. The ease with which you can mistake the two bodies for one and see the line separating them as the opening of a single orifice makes for a disorienting experience much like the models must have felt while they were together. Kawara on the other hand has made a career of sustaining an incredible distance between himself and those he corresponds with through postcards and telegrams. He reduces his communication to the simple confirmation of his ongoing existence – all that is needed to remain in our hearts and minds. He plays the long game and, though he would never admit this (because he doesn’t admit anything), perpetuates a desire for his work through the allure of his shadowy persona. In the most minimal fashion, he has established a cult of personality, teasing out his admirers by giving them hardly anything at all. This economy of desire, where rarity enhances attraction, is the fundamental rule of the art market.

The final piece in the exhibition is Ragnar Kjartansson’s hourlong music video of a single lyric. Each repetition of the line “Oh why do I keep on hurting you?” is a reminder of how long this hurt has been going on, every high school dance, every bad romance, every tryst, and every break up. Each repetition exercises the heart muscle where we locate the pain, but the pain isn’t in the heart. The first piece in the exhibition, Divya Mehra’s flag over the gallery entrance with its proclamation, “MY ARRIVAL IS YOUR UNDOING,” places the ache of love and heartbreak in the more metaphorical site of the self, the self that renders itself vulnerable by opening up to another and in being vulnerable brings us to understand that this arrival will hurt.