On a recent evening in November, Martin Creed played a solo performance of his touring one-man show Getting Changed at the Rennie Museum in Chinatown. With some exceptions, Vancouver is not a hotbed of international art, so when opportunities arise, I’m committed to taking them. In this case, I knew very little about Creed save for his 2001 Turner Prize winning piece Work No. 227: the lights going on and off, the polarizing installation where a timer in an empty gallery powers the lights on and off. I also had some understanding of Creed’s work as a kind of political response, but beyond this rather vague idea, I went into the performance fairly blind to the two hours I had in front of me. Part performance art, part cabaret, part rambling monologue, my initial assessment was that I wished I had not paid a babysitter to be away from home for two hours of my life that can never be returned. It’s possible that this is also my final assessment, but I will unpack it further. 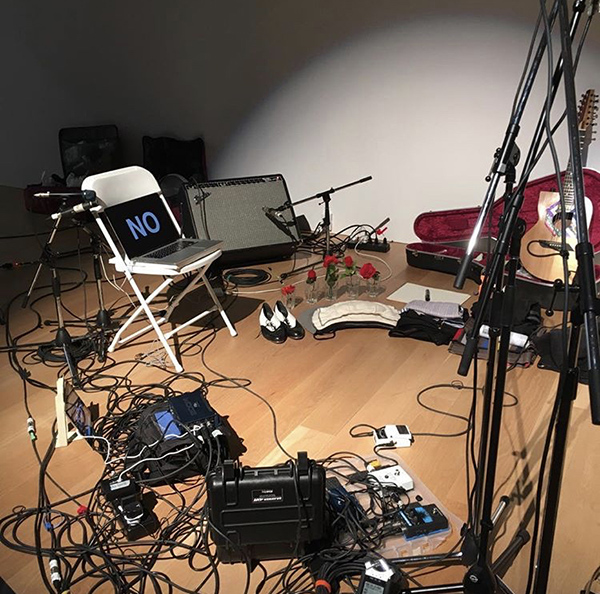 Creed performed songs like Work No. 2811: What the fuck am I doing, an eponymous title for the lyrical refrain, and I can’t move from his 1999 album release with Art Metropole. He unpeeled layers: multiple stacked hats, a wool suit and tie-of-many-ties to stockings, then a seamless single-unit buttoned onesie back to stockings, dress slacks best for playing the piano with your bum, finally, a pin-striped suit worn backwards. His stage banter was delivered in a stream of consciousness style, with meandering questions about love in general moving to stories of wanting a girlfriend when he was a young incompetent child. There was a good amount of description of what he was physically doing on stage, and some live drawing of a penis to recreate an image Creed saw in a bathroom as a young boy – the experience that said he too could make things. A few audience members left a handful at a time. At almost the one-hour mark, I looked at the time and thought to myself that the show would be over soon. The ticket said 7 to 8pm, so why leave? The show continued for about another hour. 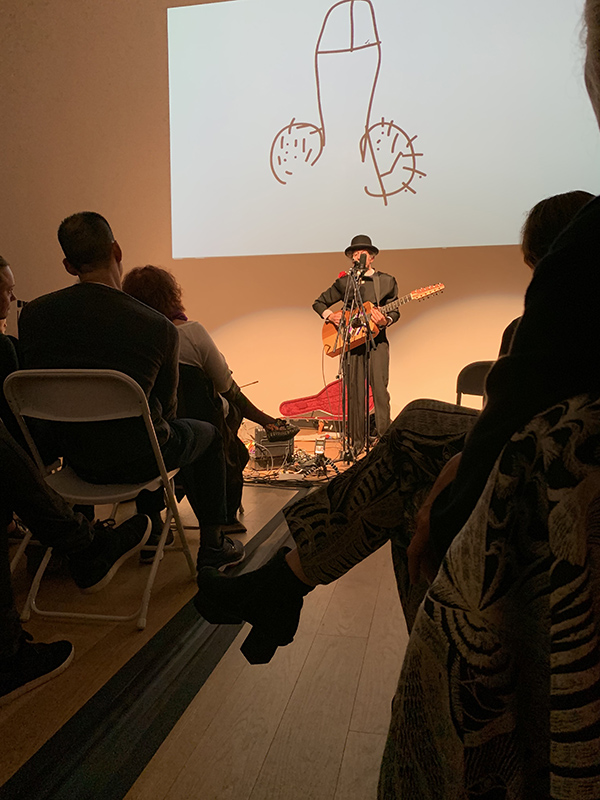 The conceit of the show is that Creed means to trouble (or be troubled by) the concept of the border. Clothing is shed or put on as a way to address the frailty and superfluousness of personal and territorial enclosures. Creed’s wordy and tedious stories offer a thickly verbose encasement for the feeling of love that he returns to. It does not seem, however, that greater attention on the part of the listener would lead to any kind of discovery of said feeling, but rather that the lengthy act of “just talking” causes the audience to detach and quit trying. This intention crests when Creed performs Work No. 2503, a song called Border Control. Behind him, the video for this work is projected: a slide show of still images of international borders. He sings, “It’s a border control, it’s a border control, it’s a border con, it’s a border con, it’s a border, it’s a border, it’s a bore, it’s a bore.” It is a bore.

Reviews of Creed’s work effuse both deep respect and irritation. It may be fair to say that the artist wants to mine his viewer’s confusion or annoyance as a purposeful and mischievous medium. A friend who also attended this show called it an epic act of indecision where the artist starts a lot of stories without finishing them, talks a lot about playing the piano with his bum but takes ninety minutes to get there, and layers and unlayers himself in so many outfits of unique purpose. Creed is an indecision maker of the Dadaist tradition, where art appears at random and seems vaguely beside the point. This kind of anti-materialism serves his whimsically reactive artistic style and yet I feel largely unconvinced of its significance. I do not know if we need another artist to sign a name to yet another proverbial urinal, simply to ask us once again to question our conceptions of art. At least the cost of my ticket went to charity.

Martin Creed: Getting Changed was performed on November 1, 2 and 3.
Rennie Museum: https://renniemuseum.org/
The gallery is accessible.