Emmanuel Nwogbo is a Nigerian-born visual artist who now resides in Halifax. Having grown up in the hustling and bustling city of Lagos, his colorful artworks pay homage to his motherland. His work is largely informed by interests in 20th Century art movements such as Pop Art, Surrealism, and Dada. Metaphors, ironies, and other figures of speech also play a huge role in his story making process. His lifelong interest in art and culture led him to an academic pursuit in Visual Art and Visual Communication Design, and later a master’s degree at NSCAD University. In 2018, he embarked on a year-long daily art and design project which saw him create one piece of art that paid homage to a different James Bond movie character every day. 365 James Bond Characters opened at the Corridor Gallery on May 2 and continues until May 30. 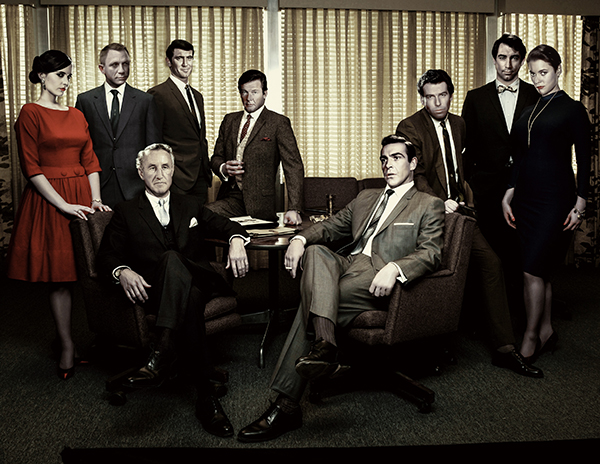 As a kid, I thought James Bond was the coolest guy in the room. Tall handsome, cool, intelligent, and most importantly invincible. Bond was my superhero. As a young adult, I discovered nostalgia and the James Bond movies seem to be the only piece of my childhood that holds up. This rediscovered obsession has grown since I decided it was a good idea to make one piece of James Bond Art every day in 2018.

In Nigeria and most parts of Africa, we eat, drink, sleep, and breathe fútbol. Most of my early childhood memories revolve around watching fútbol with my dad. So vivid are these memories that I remember the exact games and events surrounding them. Over the years I have made a lot of friends simply by asking “What team do you support?” It would be a great disservice to talk about fútbol without chiming in on the already tiresome Messi vs Ronaldo argument that has taken over every fútbol comment section in the last ten years. Messi! 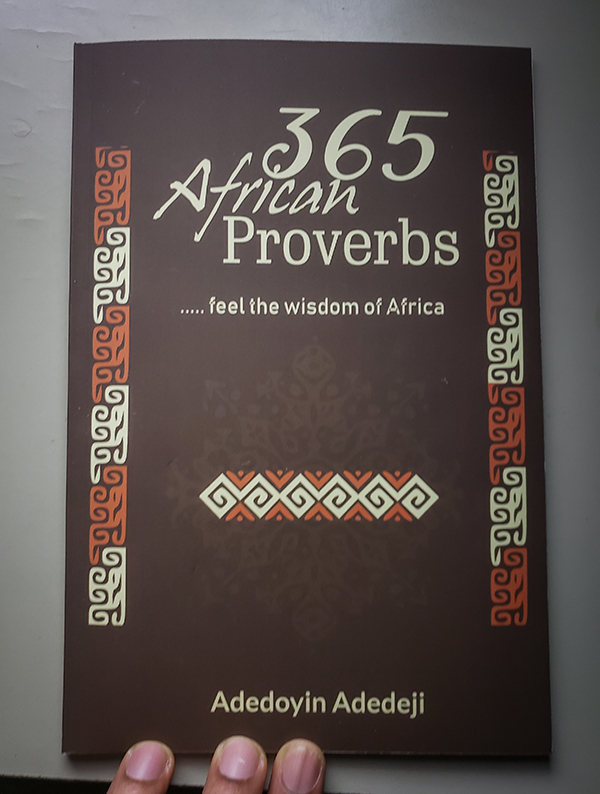 “He that dines with the gods must do so with a long spoon.” I have been a little obsessed with understanding the meaning or meanings of these unsung antidotes of wisdom. Recently I learned that it is “unacceptable” to tell an African proverb and still be the one to explain the meaning. “It is in the spirit of African culture that we leave some of them uninterpreted to enable you to enjoy their richness and wisdom while trying to see how many of them you can interpret.” 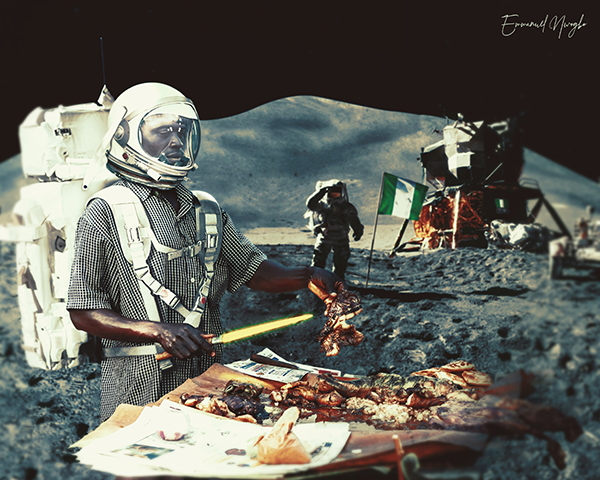 Suya is a popular spicy street meat sold on most street corners in Nigeria. It is my second favorite food item only behind fried plantain. I haven’t had homemade suya in about five years, so naturally I decided to have a little fun with my pain. Using the stereotype that suya is sold any and everywhere in Nigeria, I started The Suya Man Series. This a bi-weekly art project places the same suya man in the most hilarious and unnatural places I can think of. Suya on the moon, suya at the pearly gates, suya underwater, suya at Hogwarts, and so on. 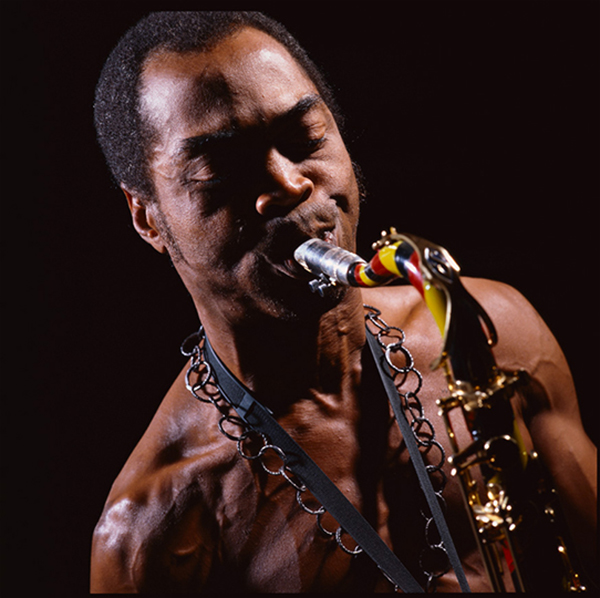 Fela’s songs give credence to the expression “same shit different day.” All the injustices and problems he sang about in the 1970s and 80s are still ongoing to this day. Don’t be deceived by the fresh coat of paint.