Àdisòkàmagan/Nous connaître un peu nous-mêmes/We’ll all become stories, curated by Rebecca Basciano, Jim Burant, Michelle Gewurtz and Catherine Sinclair for the Ottawa Art Gallery, has a trilingual title in Anishinābe, French, and English that doesn’t exactly translate word for word. Instead, it signals that the artworks on display are culturally distinct. With a deliberate focus on art-making in the Ottawa-Gatineau region, this exhibition encompasses a vast span of people and time – from a copper point made about six thousand years ago to eleven new commissions that debuted at the opening in April. 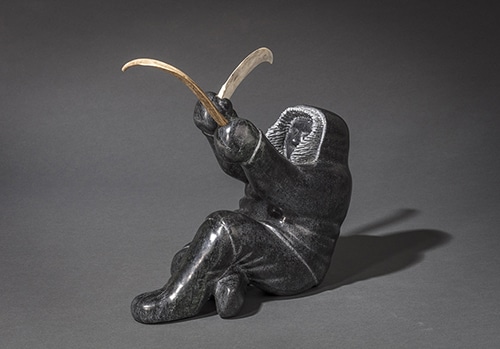 Both historical and contemporary works are grouped by four overarching themes (Bodies, Technologies, Mapping, and Bridging), and there are contrasts and connections within and across the sections. The juxtapositions can be revelatory: for example, with its depiction of a wigwam in sight of the Parliament Building, Dean Ottawa’s Kabeshinàn from 2000 offers a corrective to the colonialist depiction of Indigenous people in the adjacent work, Entrance of the Rideau Canal from 1833, by Henry Pooley. Incidentally, Kabeshinàn translates from Anishinābe as Gathering Place, which aptly describes the exhibition, as well as the traditional unceded territory of the Algonquin people where it is located.

This exhibition inaugurates the new five-storey Ottawa Art Gallery building, which has instantly been recognized as a welcoming gathering place too as it greatly increases the accessibility of the Arts Court complex. The incorporation of elements of the O.J. Firestone residence into the building design, including a brass and marble staircase (as well as the Firestone Collection of Canadian Art), give the ambitious undertaking a human scale and a homey feel. This hominess carries over into the exhibition design, where the curators often deploy salon-style hangings that enable them to achieve an incredibly diverse and inclusive selection ranging from A. Y. Jackson to Meryl McMaster. 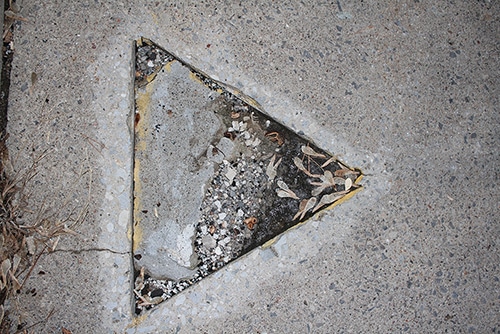 Ultimately, the exhibition presents a portrait of Ottawa composed of the artists who have roots here, including both well-established names and those who are lesser known. It gives visitors a chance to get reacquainted with old favourites and to make discoveries. Someone who doesn’t live here might be surprised to learn that the city has the largest population of Inuit outside of the Canadian North. This is well reflected with works by artists such as Mattiusi Iyaituk, Henry Kudluk, and Annie Pootoogook. Barry Pottle’s photographs I,U,A isolate the shapes of Inuktitut syllabics found within the concrete angles of the streets and strongly assert an urban Indigenous presence. Àdisòkàmagan/Nous connaître un peu nous-mêmes/We’ll all become stories contains not only a wealth of stories but also different ways to tell them.

Michael Davidge is an artist, writer, and independent curator. His writing on art and culture has appeared in BorderCrossings, BlackFlash, and C Magazine, among other publications. He is Akimblog’s Ottawa correspondent and can be followed on Twitter @MichaelDavidge.