Vertical Features screening series has announced its winter 2019 programming, with films by Ryan Ermacora and Jessica Johnson, Nazlı Dinçel, Joshua Bonnetta and J.P. Sniadecki, and Amanda Dawn Christie. The events will take place at Jackman Hall at the Art Gallery of Ontario, with filmmakers in attendance for each screening. 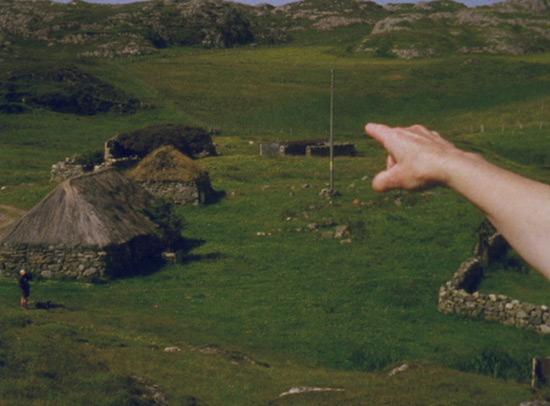 Since 2015, filmmakers Ryan Ermacora and Jessica Johnson have worked collaboratively and independently on a series of lush and enigmatic non-fiction shorts that engage with interrelated questions of landscapes and duration. Working in the lineage of icons Sharon Lockhart and James Benning – filmmakers that privilege of contemplative over the chaotic – Ermacora and Johnson most often turn their camera to the sylvan unceded territories of interior British Columbia.

In films like Einst, Empire Valley, and E&N the filmmakers offer wordless examinations of places and gestures, while other works like Ocean Falls and Johnson’s Scotland-shot Hazel Isle incorporate interviews to produce intimate portraits of people in their lived spaces. Visually stunning, with an enveloping beauty enhanced by the filmmakers’ commitment to shooting on film, the tranquil nature of the films belie a troubled temporal and spatial palimpsest. 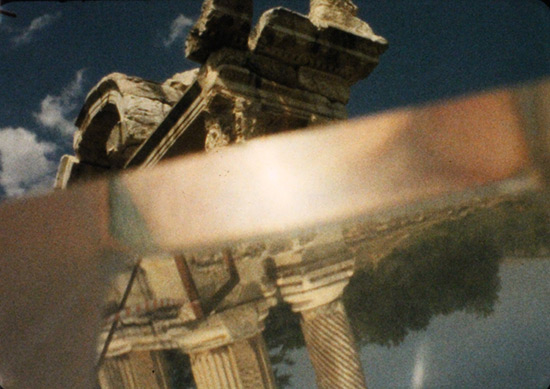 Shape of a Surface (Nazlı Dinçel)

TUESDAY 12 FEBRUARY 2019:
FEELINGS ARE FACTS: THE FILMS OF NAZLı DINÇEL

Among the various concerns that inform the films of Turkish-born, US-based artist and filmmaker Nazlı Dinçel is a recurring interest in touch. Working exclusively on 16mm film – with the material frequently accented by hand-scratched interventions – Dinçel’s intimate and beguiling work returns repeatedly to images and themes of intimacy, her films populated by bodies seen most often in fragments, both isolated and in embrace.

With a poetic form that manages to be erudite while never staid and confessional while never narcissistic, Dinçel’s films present sex, desire, and modes of exploration to be variously pleasurable and pained, sites where trauma sits alongside ecstasy. This program includes a selection of films produced since 2014 – including the Toronto Premiere of several recent works – alongside the vintage instructional film Sharing Orgasm: Communicating Your Sexual Responses. 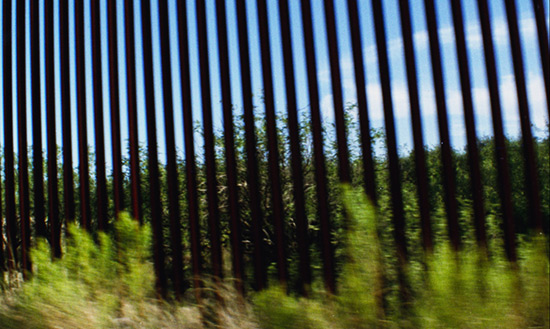 Produced along the increasingly fraught and militarized border between Mexico and the United States of America, Joshua Bonnetta and J.P. Sniadecki’s El Mar La Mar is an immersive portrayal of a landscape more often debated and imagined than seen or heard.

Shot on grainy Super 16mm, here the largely depopulated Sonoran Desert is seen to be at once vast, calm, disorienting, and eerie, with visual traces of the treacherous crossing undertaken by countless groups and individuals augmented by oral testimonials from both travellers and American locals.

A refined wedding of the two artists’ distinct practices, including Sniadecki’s association with Harvard’s Sensory Ethnography Lab and Bonnetta’s work in both experimental film and sound art, El Mar La Mar is a film that reveals while testing the limits of the senses and documentary form.

While built to relay broadcasts around the world, over their seven decades of operation the towers became notorious locally after repeated instances of ghostly voices emanating from unconventional household objects. Such stories form part of the film’s rich soundscape, also constructed using contact mics on the towers.

Produced as both a single-channel film as well as a radio documentary, Spectres of Shortwave will be presented simultaneously in the Toronto cinema space at the same time it is broadcast over the airwaves of an international shortwave radio station.

This venue is wheelchair accessible.

ABOUT
The name Vertical Features serves to evoke the idea of work that exists adjacent—even perpendicular—to conventional cinema, works that risk oversight. The series hopes to promote vital non-fiction film and video that has had little or no Toronto exposure, including documentary, essay films, hybrid experiments, and artists’ moving image, placing contemporary films in dialogue with historical rediscoveries. Supplemented by introductions and discussions with guest scholars, artists, and critics, Vertical Features serves to highlight and situate these exceptional works.

We acknowledge the support of the Canada Council for the Arts, which last year invested $153 million to bring the arts to Canadians throughout the country.