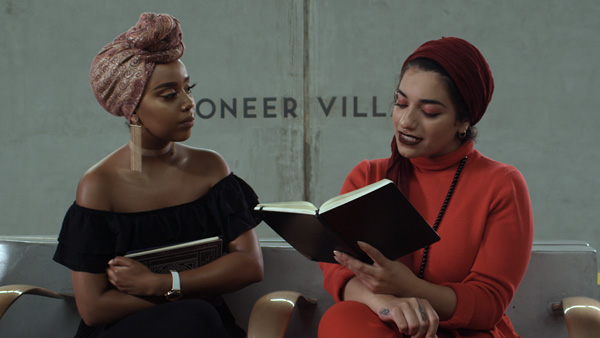 The Shoreline Dilemma, the inaugural edition of the Toronto Biennial of Art (the Biennial), opens on Saturday, September 21, 2019, with special opening weekend programming. The Biennial Exhibition, presented across several sites throughout the 72-day event, remains on view until December 1, 2019. Curated by Candice Hopkins and Tairone Bastien, The Shoreline Dilemma, explores the implications of Toronto’s ever-changing shoreline—evidence of an increasingly anthropocentric world—in the context of a central question: “What does it mean to be in relation?” Artworks and programs by more than 90 local and international participants respond to and expand on this question during the Biennial’s inaugural edition. Opening weekend events are free to the public and take place September 21‒22, 2019.

Bronson’s A Public Apology to Siksika Nation responds to European genocide, including his great-grandfather’s role as the first missionary at Siksika Nation, while Stimson’s response, generated in close dialogue with residential school survivors and leaders, reveals the layers of colonization and Indigenous resistance in his community.

From cosmological origin stories to a future in which civilization is extinct, The Drowned World reveals this brave new world, where the artificial boundaries of modernity’s civilizations have evaporated, and life in all its forms continues to shift. The project’s title refers to J.G. Ballard’s 1962 archaeopsychic cli-fi novel in which the ice caps have melted and submerged the world, forcing the migration of a dwindling and devolving human species into the Canadian Arctic.

This Biennial site was made possible through a partnership with Ontario Place Corporation.

Interstellar Sleep is an immersive installation produced in collaboration with astrophysicists from York University Observatory, cosmologist Renée Hložek, and composer Mani Mazinani. It comprises a celestial film scape, a surround soundscape, and a series of performances.

Commissioned by the Toronto Biennial of Art. Going Space and Other Worlding, a related exhibition of Tripp’s work, is presented at the Art Gallery of York University (AGYU) and curated by Emelie Chhangur.

Althea Thauberger facilitates public access to Her Majesty’s Canadian Ship (HMCS) York, an active naval site, for the performance of a musical score by Kite and the HMCS York band. Boasting the country’s only conch shell sextet, the band will perform in the Navy’s drill hall, known as a “stone ship.” Free registration is required for Call to Arms. Please RSVP here. 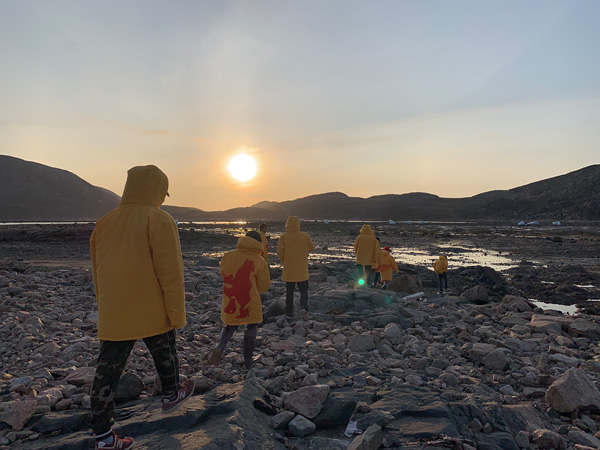 Presented in conjunction with Embassy of Imagination + PA System’s installation at 259 Lake Shore Boulevard East, Sinaaqpagiaqtuut/The Long-Cut is a procession that began in Kinngait (Cape Dorset, Nunavut) this summer and continues in Toronto. The procession features work by Kinngait youth from the Peter Pitseolak High School made in collaboration with the Oasis Skateboard Factory School in Toronto. Members of the public are invited to respectfully follow the procession along the way, while reflecting on their own relationship to place. Co-commissioned and presented in partnership with The Bentway. Produced by PA System.

Composers Delf Maria Hohmann and Raven Chacon with Allison Cameron bring the Harbour Symphony to Toronto. This project originated in 1983 in St. John’s, Newfoundland, transforming boats berthed near the city’s shoreline into an orchestra on the water. Featuring music written for boat horns, Toronto’s rendition includes newly commissioned compositions as well as scores from the project’s musical archive. Presented in partnership with Harbourfront Centre.

Artist and poet Elder Duke Redbird and astrophysicist Dr. Renée Hložek discuss the human relationship to the cosmos from a multiplicity of perspectives, considering their intersections as a potential path toward indigenizing astronomy curricula.

Decolonizing Astrophysics is presented in partnership with Art Gallery of York University (AGYU). 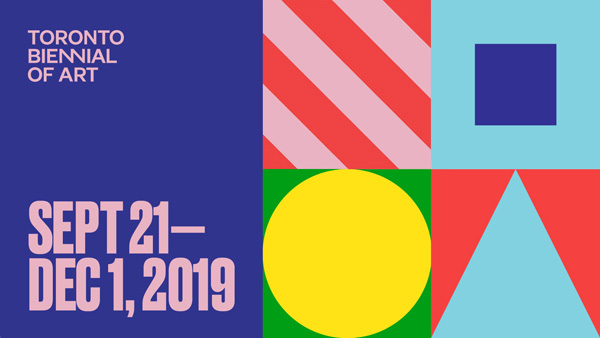 The Toronto Biennial of Art (the Biennial/TBA) is a new international contemporary visual arts event that is as culturally connected and diverse as Toronto itself. For 10 weeks every two years, the city will be transformed by exhibitions, talks, and performances that reflect the local context while engaging with the world’s most pressing issues of our time. In an effort to make contemporary art available to everyone, the Biennial’s free, citywide programming aims to inspire people, bridge communities, and contribute to global conversations from a variety of perspectives.