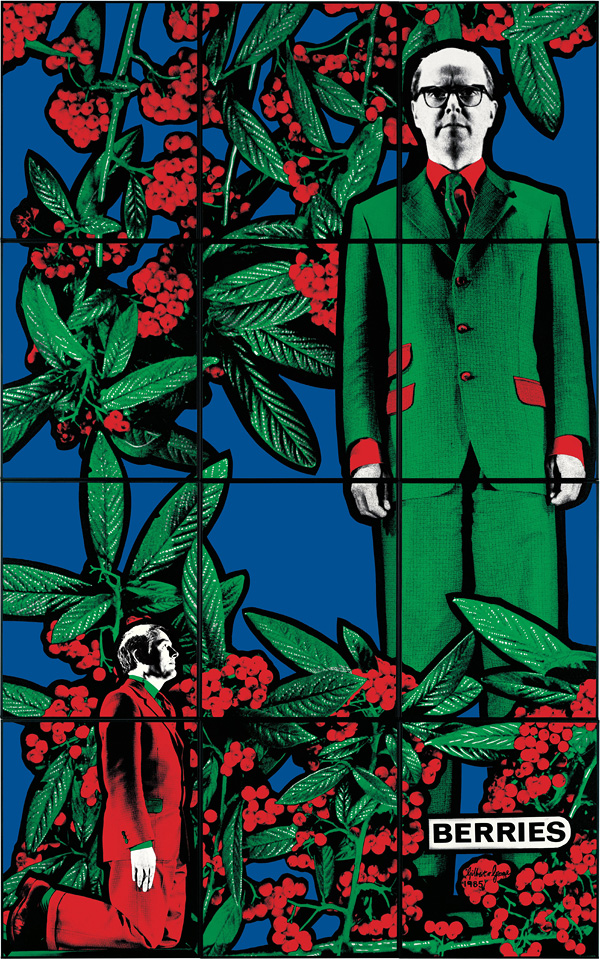 Saskatoon, Canada — Starting October 5, Remai Modern is thrilled to present the largest showing of international modern and contemporary art ever in Saskatchewan. The Sonnabend Collection at Remai Modern features more than 100 pieces by 67 artists, including iconic works by Roy Lichtenstein, Andy Warhol, Jeff Koons and Candida Höfer, among many others.

This will be the Collection’s first exposure in Canada, and its most comprehensive presentation to date in North America. Developed through the vision of influential art dealer Ileana Sonnabend (1914-2007), her husband Michael Sonnabend (1900-2001), and their adopted son Antonio Homem, the Collection is among the most significant private holdings of modern and contemporary art in the world.

Through their galleries in Paris and New York, the Sonnabends established an international presence and fostered creative exchanges and new audiences for American artists in Europe and vice versa. Often, they championed artists early in their careers. They anticipated and influenced developments in art including Pop, Minimalism, Conceptualism, Nouveau Réalisme, Arte Povera, Neo-Expressionism, Neo-Geo, Photo Conceptualism and beyond.

A parallel program on opening weekend showcases two performances by avant-garde dancer, choreographer and filmmaker Yvonne Rainer, on October 5 at 7 PM and October 6 at 2 PM. Now in her 80s, Rainer continues to provoke and surprise. Continuous Project: Sixty Years was created this autumn specifically for Remai Modern and marks her first performances in Saskatchewan. It is a work in which — as the title suggests — Rainer has disinterred and re-combined ideas from a long life in the field of dance.

Rainer’s work often intersected with the works of artists on view in the exhibition. This is a rare opportunity to see one of the most important artists working in dance of the past half-century.

The Sonnabend Collection at Remai Modern gives viewers the opportunity to explore seven decades of artistic development through a wide variety of mediums, including painting, sculpture, performance and photography. From Pop to Minimalism to Neo-Geo, the exhibition offers insight not only into how artists were inspired by one another, but how they often broke the conventions of the styles and movements that came before them.

The exhibition is accompanied by a comprehensive catalogue, which is available at Remai Modern’s Art & Design Store and remaimodern.org. Visitors can also learn more about the exhibition at visitsonnabend.ca.

Remai Modern is situated on Treaty 6 Territory and the Traditional Homeland of the Métis. We pay our respects to First Nations and Métis ancestors and reaffirm our relationship with one another.

Remai Modern is a new museum of modern and contemporary art in Saskatoon. The museum is committed to affirming the powerful role that art and artists play in questioning, interpreting and defining the modern era.

Open since October 2017, Remai Modern is the largest contemporary art museum in western Canada and houses a collection of more than 8,000 works, including the world’s foremost collection of Picasso linocut prints.

Remai Modern would like to acknowledge the contributions of the Frank & Ellen Remai Foundation, the Canada Council for the Arts, SaskCulture through the Sask Lotteries Fund, the Saskatchewan Arts Board and the City of Saskatoon.