Rolande Souliere is interested in the systems of society; the cultural, political, and especially linguistic arrangements that support our established social structures. As an Anishinaabe artist she uses Canadian Aboriginal Syllabics in her artwork to investigate multiple facets of these systems, not the least of which are the structures of art itself. Souliere’s style is often bright and colourful, sometimes making use of black and white contrasts to catch the eye, and often influenced by the tenets of Geometric Abstraction and Minimalism as seen in the work of artists such as Sol LeWitt. Her incorporation of syllabics with its hooks, triangles, and chevrons may at first seem like a simple aesthetic decision to celebrate the design qualities of the syllabic script. Yet Souliere is in fact diving much deeper with the subject matter, speaking to various entwined histories and ways of knowing.

Canadian Aboriginal syllabics is said to have developed in the 1800s, although the story of its origins vary. Accounts say that it was invented by Reverend James Evans, a Wesleyan missionary from England. Evans did use syllabics as a means of spreading Christian stories and hymns to encourage Indigenous converts.

Syllabics do not make up an alphabet but rather an abugida. Each character represents a consonant and is rotated to indicate a different vowel to follow. Souliere first became interested in the Aboriginal syllabics system through her exposure to a book written by Evans that had originally belonged to her mother. As Souliere made her way through art school she began to see connections between her interests in syllabics, Abstraction, and the forms they shared. While working through questions of appropriation in the traditions of art, Souliere made a decision to explore this relationship as an act of reclamation. 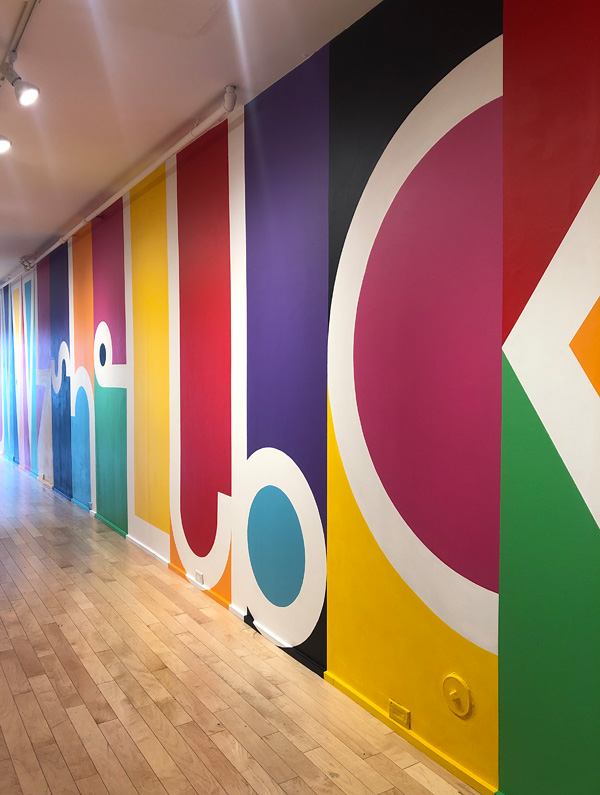 In 2008 Souliere created a sculptural piece titled “Modern Day Syllabics”. This twenty six meter long barrier pointed to her growing interest in the links between the aesthetics of syllabics and Abstraction, and also to the systems that underscore them. Her use of the traffic barrier speaks to colonizing attempts to keep Indigenous peoples contained and directed through efforts like the Residential School system, banning the potlatch, and even the syllabary. Acts of resistance, such as Indigenous communities adopting syllabics as their written mode, essentially reroute the barriers through a gesture of self-determination.

Souliere further explored the use of syllabics in 2017/2018 with the creation of three large scale wall paintings at Museum of Contemporary Native Art, Sante Fe titled “Form and Content: Wall Painting No. 1, Wall Painting No. 2 and Wall Painting No. 3”. Using shades of vibrant yellow as a background, Souliere’s application of the syllabic script ventured further into Abstraction, appearing at first glance a modernist mural. Rather Souliere was presenting the hard edge form and the rotation of the characters to be visually reconsidered by viewers. What could it mean for these symbols of Indigenous language to be presented in this way? As with her earlier piece “Modern Day Syllabics,” much has to do with adaptation between Indigenous and colonial systems.

Souliere’s latest piece “Form and Content, Wall Painting No. 4” is created for the Forest City Gallery, located on the traditional land of the Anishinaabe, Haudenosaunee, Lenape, Huron-Wendat and Attawandaron peoples in what is now called London, Ontario. Forest City Gallery was founded as one of Canada’s first artist-run centres in 1973, the same year that the Professional Native Indian Artists Incorporation (or the Indian Group of Seven) came together in response to how Western art had positioned Indigenous artists in the margins.

“Form and Content, Wall Painting No. 4” sees Souliere share her work from floor to ceiling. As with her earlier large-scale paintings, she uses vivid colours to present the syllabics in a way that at first resembles an abstract geometric pattern. Upon closer inspection the viewer can see nine symbols rotated in four different directions indicating four different vowels. Souliere is not spelling out words but rather pointing to the written system. While these structures may have at one point sought to act as a tool of colonization of Indigenous peoples, Anishinaabe, Neyihawak and Inuit communities demonstrates the resilience of this linguistic system and its Indigenous users. Creating huge, colourful syllabic characters on a wall is not only a reconsideration of the systems that fascinate Souliere, it is indeed a reclamation and ultimately a celebration of these forms.

Forest City Gallery acknowledges the support of the Canada Council for the Arts. 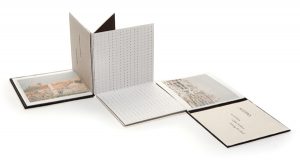