March events at the Ryerson Image Centre: a Noon Time Collection Talk and a tour of True to the Eyes 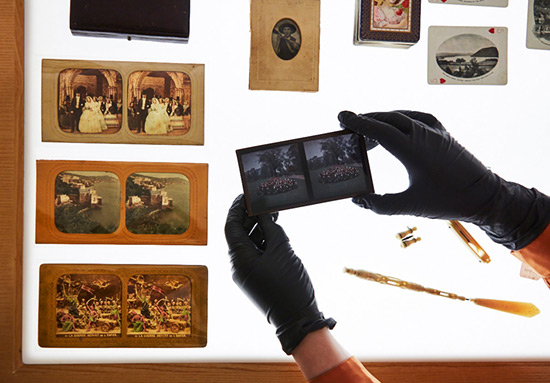 Join Anna Jedrzejowski, RIC Collection Cataloguer and Reference Specialist, and Charlene Heath, RIC Archives Assistant and co-curator of True to the Eyes, for a discussion on the haptic nature of 19th-century photographic objects. The talk will feature works from the RIC’s holdings alongside examples from the speakers’ personal collections, offering audience members the opportunity to touch and engage with specific objects.

Be sure to also save the date for the final Noon Time Collection Talk of the season: Enriqueta Zafra on Black Star and the Spanish Civil War, April 4. 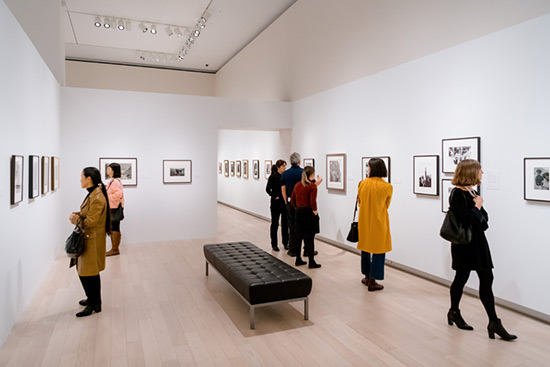 The RIC is an accessible space. Please contact us if we can make any accommodations to ensure your inclusion in our events.

On view at the Ryerson Image Centre until April 7:

True to the Eyes: The Howard and Carole Tanenbaum Photography Collection
This exhibition presents more than 200 photographs from the extraordinary and eclectic collection of the long-time Toronto couple. The Tanenbaums were among the first Canadian collectors to engage with the medium during its late 20th century rise to prominence; over time, they assembled one of the country’s great holdings of photography. True to the Eyes highlights a range of humanistic photographs in many genres, from anonymous vernacular imagery to masterworks by such notable photographers as Southworth & Hawes, William Notman, Ernest J. Bellocq, Brassaï, Lisette Model, Diane Arbus, Mary Ellen Mark, Jim Goldberg, Rafael Goldchain, and Edward Burtynsky. Through four decades of building their collection, the Tanenbaums have acquired images revealing aspects of family, wealth and poverty, civil rights, nature and the land, and Canadian life. The exhibition is accompanied by a richly-illustrated book published in partnership with Hirmer Verlag.

Fehn Foss: A Broader Sense of Belonging
A Broader Sense of Belonging looks at the blockades that we construct and their impact on our psyche. The dry stone walls in the Irish countryside, which are created from the distinct rock beds of each specific region, are a starting point for the artist. This method of wall building is practiced on most continents, reflecting the similar ingenuity of people, globally. In the performance video, Build Up Break Down, the artist uses her body to build and unbuild a barrier, through repetitive actions. She practices constructing something by hand, making something tall and then knocking it down, replacing the stones to where they were found as a way to connect with the land, and connect with the physical labour as a source of respite. However, walls delineate territory so that ownership can be assumed over portions of land. A duality exists between the need to separate from each other and the need to work together. This exhibition offers a moment to consider how this delineation shapes our world, yet how the process of making can restore.