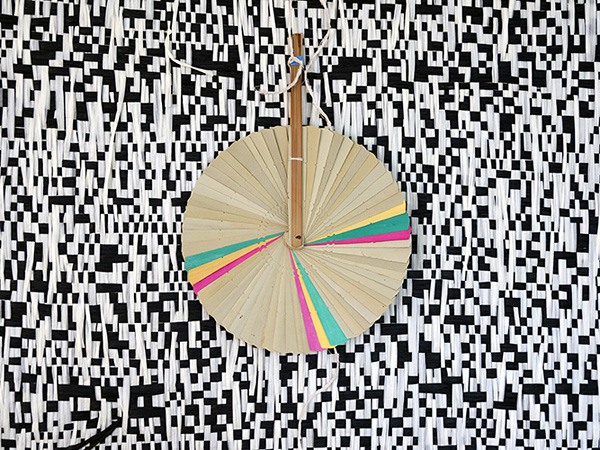 Swedish textile artist Charlotte Johannesson began making artwork as a weaver creating tapestries that provided political commentary on current events. After acquiring an Apple II Plus personal computer in 1978, Johannesson taught herself to program using the same dimensions that she used when weaving on a loom.

Inspired by Johannesson, who combined an interest in traditional textiles and current technology within a single practice, Interweavings features work by Diedrick Brackens, Andrew Bugden, Lesley Loksi Chan, and Maria Hupfield. Exploring the intersection of seemingly dichotomous forms of [textile] production – the “handmade” versus mechanized forms of fabrication – the exhibition also touches on themes of mapping and astronomy, the body, cultural practice, and the ubiquitous presence of technology within daily life, while revealing the oftentimes inherent complexity and contradiction that exists within handmade art.

Andrew Bugden holds an Honours BA in Studio Art from the University of Guelph. In his practice he aims to explore the role of the visual in processes of socialization that inform personal ideology, class, and taste.

Lesley Loksi Chan holds a BA in Anthropology and Women’s Studies from McMaster University and a BFA and MFA in Film Production from York University. She has screened her work in national and international film festivals including the Reel Asian International Fil Festival, the Inside Out LGBT Film Festival, the Vancouver Film Festival, Die Beginen in Rostock, Germany, Open Cinema in St. Petersburg, Russia, and the Monterey Bay Film Festival. She has received several awards from the Ontario Arts Council, the Canada Council for the Arts, the Toronto Arts Council, the Social Sciences and Humanities Research Council, United Nations Summit on the Information Society, Canadian New Media Awards, the Toronto Reel Asian International Film Festival, and the Images Festival.

Maria Hupfield is a transdisciplinary artist working in performance and media arts based in Toronto. She was awarded the 2018 Hnatyshyn Foundation prize for outstanding achievement by a Canadian mid-career artist. Her work has shown at the Museum of Arts and Design, BRIC, Smithsonian National Museum of the American Indian, represented Canada at SITE Santa Fe (2016), and travelled with Beat Nation: Art, Hip Hop and Aboriginal Culture (2012-14); with recent performances at Boston Museum of Fine Arts, and Brooklyn Museum. Together with Jason Lujan she co-owns Native Art Department International and is a recently appointed Professor of Indigenous Media Arts + Performance, with a CRC in Transdisciplinary Indigenous Arts at the University of Toronto. Hupfield is Anishinaabe and an off-rez citizen of Wasauksing First Nation, Ontario.

Sally Frater holds an Honors BA in Studio Art from the University of Guelph and an MA in Contemporary Art from The University of Manchester/Sotheby’s Institute of Art. She has curated exhibitions for Or Gallery, the Luminato Festival, the Ulrich Museum of Art, the McColl Center for Art and Innovation, the Glassell School of Art at the Museum of Fine Arts, Houston, Justina M. Barnicke Gallery at the University of Toronto, Georgia Scherman Projects, and Project Row Houses. She has received grants from the Canada Council for the Arts, the Ontario Arts Council, the Toronto Arts Council, and the Andy Warhol Foundation for the Visual Arts, and is an alumna of ICI (Independent Curators International). 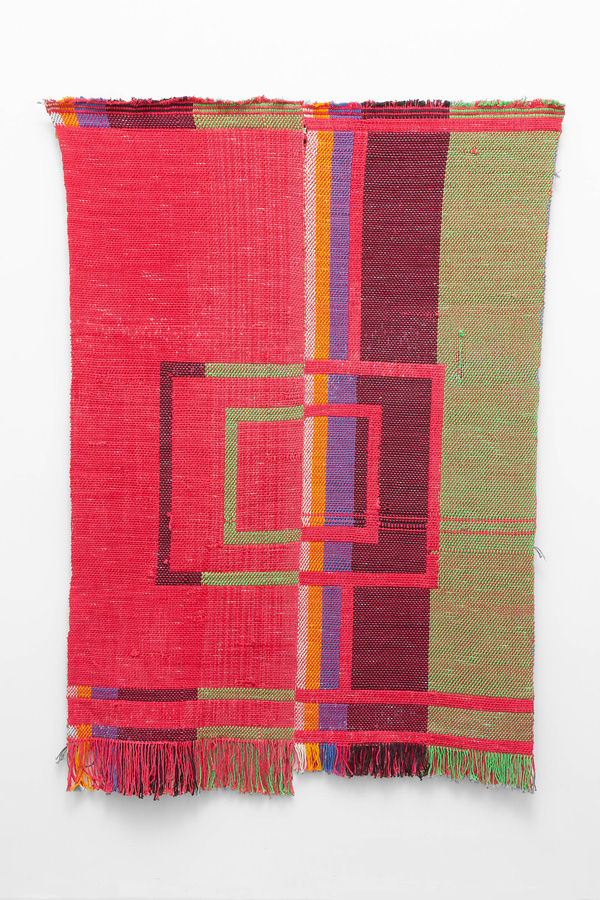 they spring from the embers of my mouth – Diedrick Brackens

Accessibility:
Our 173 James North location is partially physically accessible. We have a level entrance leading to our shop, information desk, galleries, washroom and traditional print studio. Unfortunately, we do not have automatic doors or an elevator. Our silkscreen studios and digital lab are only accessible by stairs. We are working toward becoming a physically accessible space in the future.