Gallery 44 Launches Chapter 5 of “A maze of collapsing lines” 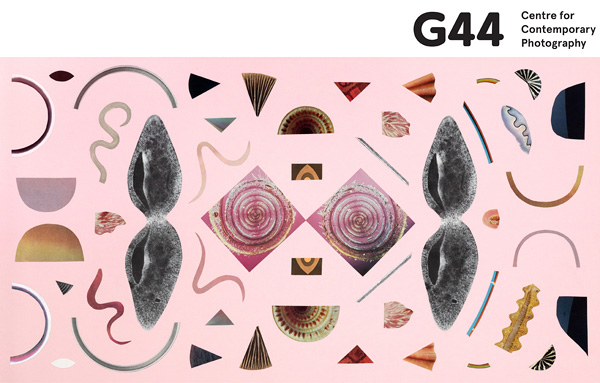 A knife is a visual exploration of fertilities, production, and caregiving. As part of Gallery 44’s A maze of collapsing lines, the project is seeded from image and time-based media, virtual connectivity, personal networks, and relational identities. Surveying works by Amalie Atkins (Saskatoon, SK), Maggie Groat (traditional territory of the Haudenosaunee, Chonnonton and Anishnaabeg), and Soda_Jerk (NYC), A knife posits that the personal and social tensions surrounding fertility reach further than gender.

A Knife: reading group
This reading group will explore themes found in A knife by exploring texts provided by the chapter’s curator Tarin Dehod. It will be led by Alana Traficante and Heather Rigg on Thursday March 13 at 6:30pm at Gallery 44, Toronto. Please email heather@gallery44.org if you would like to attend.

Amalie Atkins lives and works in Saskatoon. As a multidisciplinary artist noted for her films and video installations she creates cinematic fables through a blend of film, performance, textiles, installations, and photography. Atkins has exhibited nationally including the Art Gallery of Ontario, Central Art Garage, Gallery 44, The Ottawa Art Gallery, Eastern Edge, Struts Gallery, La Centrale, FADO, Biennale nationale de sculpture contemporaine. Her work has shown internationally at Moving Image, NYC; 12:14 Contemporary, Vienna; USC Art Gallery Queensland; The Academy Gallery,Tasmania; Gerald Moore Gallery, UK; and Kunsthaus Tacheles, Berlin. Her work has been included in major survey exhibitions, most notably, Oh, Canada at the MASS MoCA; DreamLand: Textiles in the Canadian Landscape at the Textile Museum of Canada, Toronto; and Road Show East, which toured in Eastern Europe. Atkins was the recipient of the Locale Art Award for western Canada (2011) and long-listed for the Sobey Art Award in (2012, 2013). Her photographs have appeared on the covers of Canadian Art Magazine, Visual Arts News, Grain Magazine, CV2, and MUZE magazine (Paris). Her solo exhibition we live on the edge of disaster and imagine we are in a musical toured to the MacKenzie Art Gallery, Regina; Southern Alberta Art Gallery, Lethbridge; and College Art Galleries, Saskatoon. Where the hour floats, was selected for Capture Photo Fest at Evergreen Art Gallery, Coquitlam (2019). Remai Modern premiered her most expansive 16 mm film project to date and was reviewed by Amy Fung in ARTFORUM. Currently her work is on view in Fairy Tales at the Owens Art Gallery, Sackville and in A New Light: Canadian Women Artists at the Embassy of Canada in Washington, DC.

Maggie Groat is a visual artist who utilizes a range of media including works on paper, sculpture, textiles, site-specific interventions and publications to interrogate methodologies of collage. Her research surrounds site-responsiveness with regard to shifting territories, alternative and decolonial ways-of-being, and the transformation of salvaged materials into utilitarian objects for speculation, vision and action. The approaches and perspectives demonstrated within her practice are informed by her Haudenosaunee and Settler ancestry, her roles as mother and environmental steward. Her work has been shown at many notable institutions across Canada, including The Western Front (Vancouver, BC), Walter Phillips Gallery (Banff, AB), Art Gallery of York University, Art Museum University of Toronto (Toronto ON), SBC (Montreal, QC), and has twice been long-listed for the Sobey Award (2015, 2018). She is the editor of The Lake (2014) published by Art Metropole (Toronto ON) and ALMANAC (2017) published by the Kitchener Waterloo Art Gallery (Kitchener ON). She is currently a lecturer in the Visual Studies department at the University of Toronto and lives with her partner and three young children on the land between two lakes, the traditional territory of the Haudenosaunee, Chonnonton and Anishnaabeg.

Soda_Jerk is a two-person art collective who work exclusively with sampled material and pirated cinema to make experimental documentary films. Following their acclaimed political revenge fable TERROR NULLIUS (2018), Soda_Jerk are currently working on a new feature Hello Dankness. Formed in Sydney in 2002, they’ve been based in NYC since 2012. They have exhibited in galleries, cinemas and institutions including the Barbican Centre, London; National Gallery of Art, Washington DC; Hartware Medien KunstVerein, Dortmund, Wexner Centre for the Arts, Columbus; and Anthology Film Archives, New York.

Tarin Dehod was born on unceded Mi’kmaq land originally known as Epekwitk. She is a curator and arts administrator, living and working on Treaty Six Land that encompasses the traditional homeland of numerous First Nations, including Cree, Dene, Plains Cree, Nakota, Saulteaux, and Ojibwe, and the homeland of the Métis Nation. Since 2014, Tarin has served as the Executive Director of AKA, working to understand the role of the artist-run centre in joint ownership with communities, as a space that is created and given meaning through the actions of its users. Recent projects include: Tuesday Night (2019) – a talk show, a town hall, a Reddit thread – with Joel Bernbaum, Andreas Buchwaldt, and Lancelot Knight, co-curated with Derek Sandbeck; Locals Only (2017-2019) funded by the CCA’s New Chapter Initiative; Maya Stovall: Compulsion and Heart (2018).

About A maze of collapsing lines

On the occasion of Gallery 44’s 40th Anniversary, we launched A maze of collapsing lines, a hybrid online exhibition and publication. Comprised of five chapters, each features contemporary lens-based work by artists from different regions of Canada, and associated programming. Partners and collaborators include: Toronto-based collective Black Artists Union, the Inuit Art Foundation, Ociciwan Contemporary Art Collective and AKA Artist-Run Centre. This digital publication considers shifting notions of geographical and virtual spaces, perceived sensations of groundlessness, and how a gallery rooted in lens-based imagery can use the web to expand dialogues on contemporary image culture and artist-run platforms.

This project’s title conjures imagery of lines in a state of collapse, indicating multiple ways of moving and seeing. Our approach marks an intentional departure from the way we usually work within the gallery context – a deviation from that which is spatially, temporally and logically linear. To navigate this, a horizontal layout is used in reference to lateral thinking, collaboration, and to espouse connections between that which is both geographically and conceptually disparate.

In the indeterminate space that many artist-run cultures inhabit, how can we leverage our networks to build conversations that are less reliant on singular, locative, physical containers? The digital nature of this publication allows us to extend our reach, regardless of situated geography, while accompanying site-specific programming puts multiple locations in conversation with one another. We hope this project will serve to expand the networks between artist-run centers and their communities while considering the productivity, and new ways of seeing, that multiple perspectives offer.

A maze of collapsing lines is supported by both Canada Council for the Arts’ Arts Across Canada Public Outreach Stream Grant, and OCAD University’s Career Launchers program.

Gallery 44 Centre for Contemporary Photography is a charitable, non-profit, artist-run centre committed to supporting multi-faceted approaches to photography and lens-based media. Founded in 1979 to establish a supportive environment for the development of artistic practice, Gallery 44’s mandate is to provide a context for meaningful reflection and dialogue on contemporary photography.

Gallery 44 is committed to programs that reflect the continuously changing definition of photography by presenting a wide range of practices that engage timely and critical explorations of the medium. Through exhibitions, public engagement, education programs and production facilities our objective is to explore the artistic, cultural, historic, social and political implications of the image in our ever-expanding visual world.

An artist-run centre that promotes photography and related disciplines.