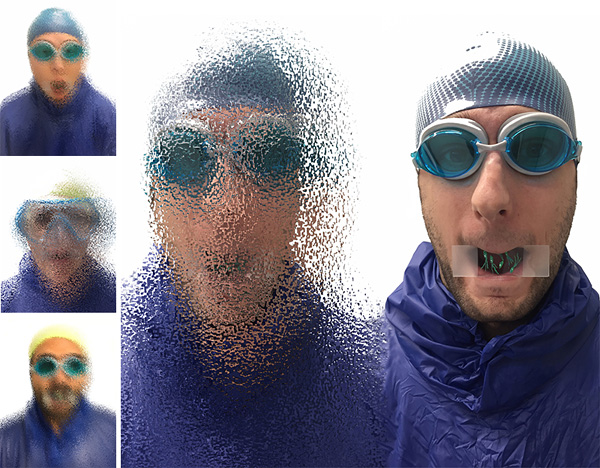 The Red Head Gallery is pleased to present, Murky Bodies, an exhibition by Elaine Whittaker.

“The unseen is what will undo us, not so much what is out of sight but what we refuse to see.” – Maureen Hynes, Sotto Voce, 2019

It has come to this… Climate Change. Climate Crisis. Climate Emergency.

In September 2019 the Category 5 Hurricane Dorion churned over the northern islands of the Bahamas. After devastating Abaco, its furious trajectory propelled it to Grand Bahama Island (where I spent my teenage years). For over twenty-four relentless hours, the island was deluged by winds of 295 km/hr, water surges and catastrophic flooding.

Viewed through the various lenses and media of BioArt and Science Fiction, Murky Bodies is a series of installations that speculate on the entangled ways in which humans, plants, animals and microorganisms are struggling to co-exist in a world confronting a warming climate. One installation draws on her collaboration with scientists at the Pelling Laboratory for Augmented Biology (University of Ottawa), combining medical tools and scientific processes, and encapsulating biomaterial, salt crystals, and plant fibre containing human and animal cells. The artworks in the exhibit draw attention to the destabilization of these permeable bodies. Climate Change is now a point of disruptive convergence, where thresholds between interior and exterior bodies and borders are continuously being breached and in a constant exchange with a shifting and changing environment.

Blurring the boundaries between human and non-human ecologies, Murky Bodies conveys the way that human intervention and natural transformation generate new landscapes and new forms of hybrid life. Can we dare to move beyond an apocalyptic endpoint and envision a hopeful future?

Elaine Whittaker is a Canadian visual artist working at the intersection of art, science, medicine and ecology. Her artworks have been exhibited nationally and internationally, most recently in Centre Pompidou, France; Ontario Science Centre, Canada; BioBAT Art Space, US; Robert McLaughlin Gallery, Canada; MUSA Museum of Salt, Italy; and Science Gallery London, UK. Her work is featured in William Myers’ book, Bio Art: Altered Realities, and she has been Artist-in-Residence with the Pelling Laboratory for Augmented Biology (University of Ottawa), the Banff Centre for Arts & Creativity and was one of the first Artists-in-Residence with the Ontario Science Centre in partnership with Museum of Contemporary Art Toronto. She has been a recipient of grants from the Canada Council for the Arts, the Ontario Arts Council, and the Toronto Arts Council.

Murky Bodies is produced with the support of the City of Toronto through the Toronto Arts Council.

The Red Head Gallery was established in 1990 and is Toronto’s most enduring collectively run art gallery. It has stood the test of time as an exhibition space as well as a collective where critically engaged, highly productive artists enjoy curatorial control over the presentation of their work. Over the past two decades more than 100 artists have been part of The Red Head Gallery and have produced over 200 exhibitions.