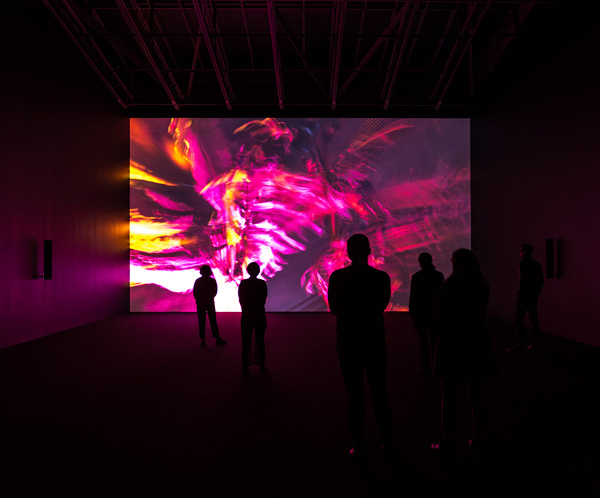 Coming this winter and spring at the MAC:
Cyprien Gaillard: Nightlife and Edgar Arceneaux

The Musée d’art contemporain de Montréal (MAC) has the great pleasure to present works by artists Cyprien Gaillard and Edgar Arceneaux this winter and spring at the Museum. Starting March 5, the MAC is showing, for the first time in Canada, a new major acquisition from its collection: Cyprien Gaillard’s 3D video work Nightlife (2015). Starting April 9, Edgar Arceneaux will take over two of the Museum’s galleries to present the video installation Until, until, until… (2015-2017) and the sculptural environment The Library of Black Lies (2016).

Shot entirely at night over two years in Cleveland, Los Angeles and Berlin, the work tells a story of revolution, resistance and resilience in four acts. Both poetic and historical, the narrative thread begins at the foot of Auguste Rodin’s The Thinker on display at the Cleveland Museum of Art, where the sculpture was partially destroyed in a 1970 bombing orchestrated by the militant political group known as the Weather Underground. We are then transported to Los Angeles and shown a curious nocturnal dance of the city’s lush vegetation of exotic plants that were imported there for the 1932 Olympics. The film’s third segment is a slow, dazzling elevation through the air: using a drone, the artist offers us a unique view of a fireworks display at Berlin’s Olympiastadion, the site of the 1936 Olympics. The camera finally descends towards a full-grown oak tree that was gifted to the famous African-American Olympian Jesse Owens during the Berlin games and subsequently planted at the high school in Cleveland where he trained. The film’s subject matter is linked together and flows along to the endlessly refashioned refrain, “I was born a loser / I was born a winner.”

“Since my teens, I’ve wanted to choreograph a ballet without humans,” Gaillard has said, referring to Nightlife. His process is rooted in a visual archaeology based on the erosion of physical forms, social meaning and the historical gaze. With a keen interest in ruins, he focuses on the heritage and future of architecture, and the recurring nature of time. 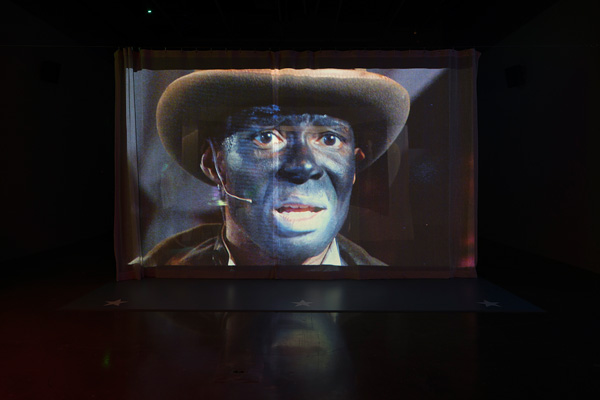 In his sculpture, drawing, installation, performance and film work, Los Angeles-based artist Edgar Arceneaux (born 1971) brings together disparate narratives in order to critically examine received histories, thereby complicating constructions of knowledge. Materially sophisticated, his works explore race and memory, bring to light connections between history and the present, and propose counter-narratives that include the viewer – physically, emotionally and psychologically.

In The Library of Black Lies (2016) an enigmatic selection of books that have been burnt or encrusted with sugar includes encyclopaedias, bibles, and publications on art and theory, as well as texts by prominent African-American thinkers or featuring media figures such as Oprah Winfrey and Bill Cosby. The alterations Arceneaux has made to certain titles and names inserts a level of critical commentary into the library and prompts viewers to question what they are seeing within this labyrinthine structure.

The video installation Until, Until, Until…(2015-2017) unpacks a particularly complex episode in recent American history. At Ronald Reagan’s inaugural gala in 1981, the Broadway actor Ben Vereen paid homage to the Bahamian-American Vaudeville entertainer Bert Williams (1874-1922). Performing in blackface, as Williams would have been forced to do in his time, Vereen inscribed into his performance an indictment of the shameful history of racial stereotyping and civil-rights abuses in America. Tragically, the media broadcast of the event the following day omitted the critical intention of the performance and effectively derailed the prominent actor’s career for decades. Arceneaux has restaged, reconstructed and deconstructed the event. Arceneaux’s probing work invites us to consider the role of art and artists in challenging preconceived ideas and revealing contradictions and ambiguities that are often overlooked.