“…we work as a team and make changes in the dialogue… We work in an Inuit way.”
– Atuat Akkitirq, Before Tomorrow 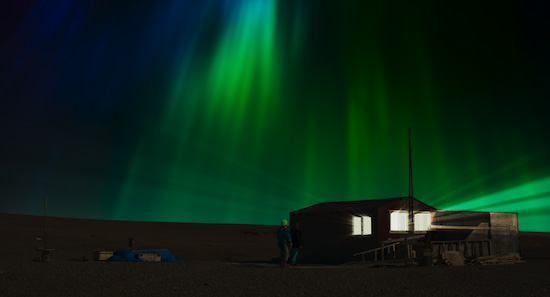 On April 17, AGYU opens the portal

The Art Gallery of York University’s (AGYU) spring 2019 exhibition includes film, objects, and photography made over three decades by internationally celebrated Arnait Video Productions, the dynamic collective of Inuit and non-Inuit women artists from the North who put Inuit innovation and tradition first. Opening on Wednesday April 17, 6 – 9 pm with a free, public reception, Arnait Ikajurtigiit: Women helping each other continues until Sunday, June 23, 2019.

Arnait Video Productions (Igloolik, NU/Montreal, PQ) gives voice to several generations of Inuit who articulate the challenges and opportunities that arise when living and working between Inuit and non-Inuit world views. Arnait Video Productions was founded in 1991 by Atuat Akkitirq, Susan Avingaq, Marie-Hélène Cousineau, Madeline Ivalu, and Carol Kunnuk. Uyarak (Lucy Tulugarjuk) is the newest member of the team.

Step into the portal!

Imagine not sharing language or culture with your neighbour yet simply opening a window and exploring the possibilities of what can be offered or shared through food, songs, and stories. Premiering at AGYU, Igalaaq/Seeing Through is a portal where visitors to AGYU can spend time with people in Igloolik through video chat technology as a form of exchange that promotes new configurations of Inuit/non-Inuit relations.

During the opening on April 17 at 7:30 pm we open the portal between North and South for a conversation between installation artist, curator, writer, and educator Bonnie Devine (Serpent River First Nation, Anishinaabe/Ojibwa) and Arnait members Susan Avingaq, Marie-Hélène Cousineau, Madeline Ivalu, and Uyarak (Lucy Tulugarjuk).

On May 4 we host a special three-way transcontinental portal between Igloolik, AGYU, and Venice, where Isuma, the celebrated film collective from the North, is representing Canada at the Venice Biennale. This conversation is hosted by artist, educator, curator, and Vtape co-founder Lisa Steele, in conversation with Marie-Hélène Cousineau, Madeline Ivalu, and Uyarak (Lucy Tulugarjuk).

Embracing pauses as connections between two moments Ella Dawn McGeough’s commission for AGYU Vitrinesopens a space across these three exterior windows where multiple entities might apprehend each other, rub off on each other, give each other power, meaning, and reality. AGYU Vitrines is an off-site component of this year’s AGYU Curatorial Intensive Exhibition, On Pause (May 16 – 26, 2019, Gales Gallery).

Canadian-Icelandic interdisciplinary artist angela rawlings’ piece for AGYU’s Audio Out Listening Bench is a meditation on languages as inescapable lenses of human engagement. rawlings’ sensorial practice seeks relational empathy between bodies—be they human, more-than-human, other-than, or non—as an approach to ecopoethics through the actions of observation, tuning in, noticing, dwelling, and becoming-with. 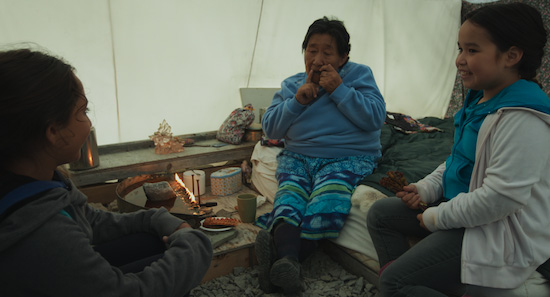 For more information or to request images or interviews with the artists, please contact Emelie Chhangur, Interim Director/Curator at emelie@yorku.ca.