Please note: Accommodations for accessibility are available upon request for the Art Museum’s University of Toronto Art Centre location while wheelchair access is limited due to University College building revitalization. The Justina M. Barnicke Gallery location in Hart House is wheelchair accessible. 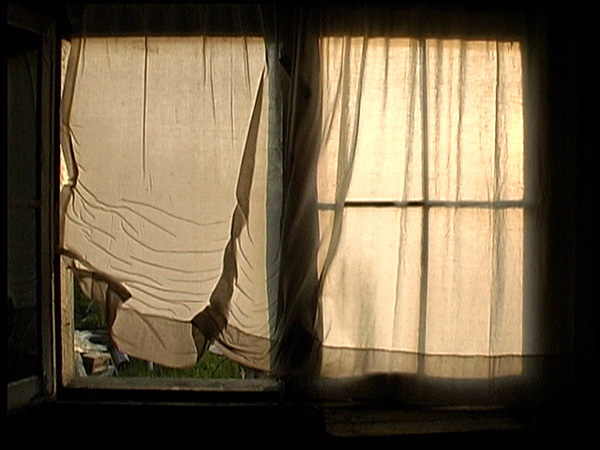 Listening to Snow is a devoted-to-listening space, a music box, focusing on ideas and thoughts arising from a selection of Michael Snow’s sounds. Composed and tuned, the exhibition manifests as one sonic experience from three sound installations [Diagonale (1988), Waiting Room (2000), Tap (1969-1972)], one screening [Solar Breath (Northern Caryatids) (2002)], two recordings [Falling Starts, W in the D (1975)], and a piano for Snow’s performance – all sharing the same acoustic space.

The exhibition is part of the Hart House’s centennial programming recognizing the special place the institution holds in Snow’s biography. More information.

Exhibition Tours
Every Tuesday at 2pm

Night of Ideas: Being Alive

Part of a global initiative across 50 cities, Night of Ideas: Being Alive will bring together a dynamic mix of international artists, writers, philosophers, performers, and activists to explore what it means to be alive in the multiplicities of the body and the entanglements of identity.

Join us for an evening of free lectures, performances, and screenings presented in partnership with the the Cultural Services of the French Embassy in Canada and Hart House.

The keynote lecture with Paul B. Preciado, presented in the Hart House Great Hall, launches the evening at 7pm, following the opening reception for Lorenza Bottner: Requiem for the Norm, 5-7pm at the University of Toronto Art Centre. More information. 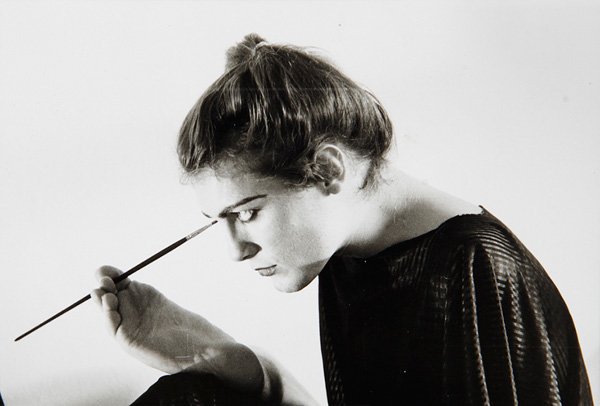 Lorenza Böttner: Requiem for the Norm

Lorenza Böttner: Requiem for the Norm is the first North American presentation of the work of Chilean/German artist Lorenza Böttner. Born Ernst Lorenz Böttner in Chile in 1959, at eight he lost both his arms in an accident. Institutionalized in Germany, where he moved with his mother for treatment, he rejected prosthetics intended to compensate for his supposed disability. In art school, he started identifying as female and assumed the name Lorenza. Although her career spanned just sixteen years, Lorenza Böttner created over 200 individual works, painting with her feet and mouth and using dance, photography, street performance, drawing, and installation to celebrate the complexity of embodiment and gender expression. Casting herself as a ballerina, a mother, a young man with glass arms, a Greek statue, Böttner’s work is irreverent and hedonistic, filled with the artist’s joy in her own body. More information.

The production of the exhibition was funded by Kulturstiftung des Bundes, Germany, with additional project support from the Goethe-Institut Toronto.

Exhibition Tours
Every Tuesday at 2pm

Art Museum at the University of Toronto gratefully acknowledges the support of the Canada Council for the Arts, the Ontario Arts Council and the Toronto Arts Council. 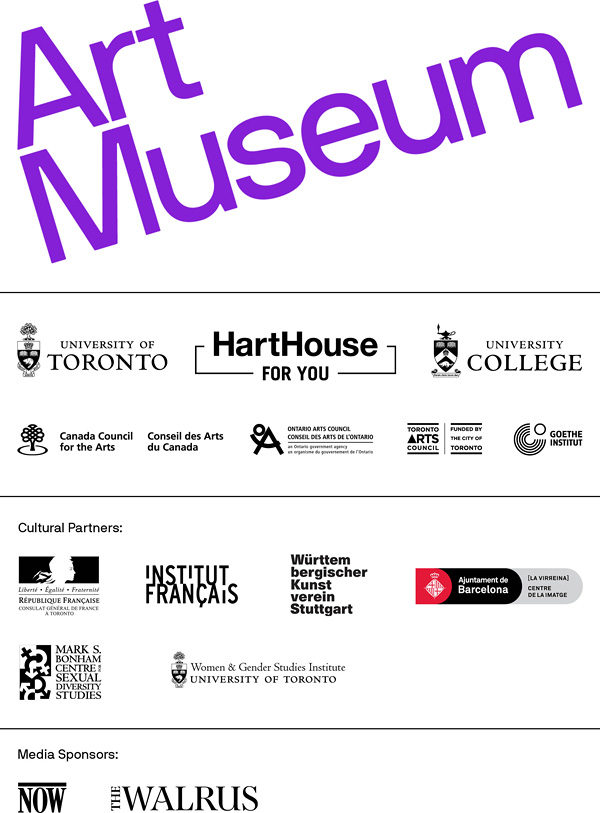