The Season Launch celebrates seven powerful new exhibitions including The Pathos of Mandy: Walter Scott, Inuuqatikka: My Dear Relations, B-Side Agnes Etherington: Paul Litherland, From Tudor to Hanover: British Portraits, 1590–1800, Face of the Sky: From the Collections, Playing Doctor: General Idea Multiples and Quest for Colour: Five Centuries of Innovation in Printmaking. Agnes curators and invited guest curators are presenting a rich range of art dating from the 1500s to the current moment, including several recently acquired works.

THE PATHOS OF MANDY: WALTER SCOTT

In Walter Scott’s new body of work, the central character is Mandy, an artist who has lost all legal ownership of his fictional character. A film follows Mandy through various vignettes of hubris and desperation as he attempts to piece together who he is, both personally and artistically, now that the central focus of his art practice is gone. The film and the accompanying installation are together a meditation on the slippery states between the fiction and reality of the “artist,” of aesthetic representation and of the self.

Walter Scott is an interdisciplinary artist working with writing, illustration, performance and sculpture. In 2011 while living in Montreal, he began a comic book series, Wendy, exploring the narrative of a fictional young woman living in an urban centre, who aspires to global success and art stardom but whose dreams are perpetually derailed. Contemporary questions of representation, cultural production, popular culture and narrative construction are central to his practice. Recent exhibitions include those with Remai Modern, Plug-In Institute of Contemporary Art, Galerie UQO in Gatineau, Koganecho Bazaar, Yokohama, Japan, Macaulay & Co. Fine Art and Francois Ghebaly Gallery, Los Angeles 2015. He was artist-in-residence at the Art Gallery of Ontario in 2018. 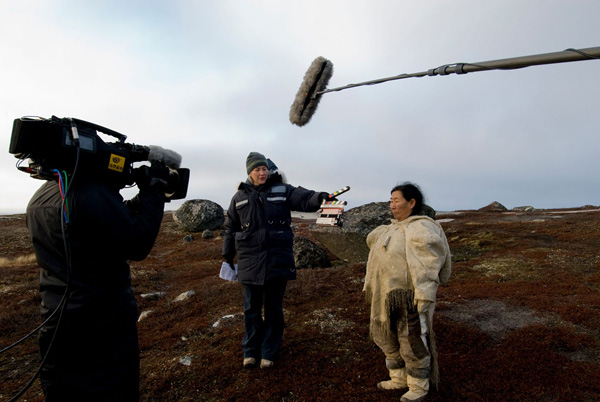 Montreal-based photographer Paul Litherland offers unprecedented access to the little-seen “back sides” of paintings from the Agnes’s historical European collection in B-Side Agnes Etherington. Printed to scale, his photographs are mounted on commercial painting stretchers, which lend them the aura of original canvases while offering privileged views of labels, installation hardware and preservation devices. Enlightening viewers about the physical histories of Old Master paintings, this exhibition invites viewers to contemplate notions of the simulacrum and the trompe-l’oeil tradition.

Paul Litherland’s artmaking practice deals mostly with photography and video, and his work has been the focus of solo exhibitions at numerous venues across Canada and abroad. Agnes is proud to present Litherland’s work to the Kingston community for the first time.

In recognition of a number of spectacular acquisitions in recent years, From Tudor to Hanover: British Portraits, 1590–1800 investigates the evolution of the painted and printed portrait in Britain. The desire to fashion the self, record achievement and cultivate fame has appealed to British citizens since the early modern era. Accordingly, this show explores the fundamental issues of identity—gender, class and status—by presenting portraits by Peter Lely, Godfrey Kneller and others in the context of evolving national and cultural boundaries.

FACE OF THE SKY: FROM THE COLLECTIONS

Affordable and ubiquitous, General Idea multiples were an activist means of disseminating activism. The Canadian collective, comprising AA Bronson, Felix Partz and Jorge Zontal, was an international artistic force. From the 1970s through early 1990s, they sent into the world art editions in various media that played upon consumerism, collaboration, media culture, queer counterculture and AIDS. Playing Doctor samples three decades of multiples-making from the Agnes collection, revealing the interconnectedness of General Idea’s ironic, often humorous, and self-referential practice.

QUEST FOR COLOUR: FIVE CENTURIES OF INNOVATION IN PRINTMAKING

Printmaking is essentially a linear medium. How, then, to achieve the tonal richness of painting? Quest for Colour explores the inventive techniques through which printmakers from Albrecht Dürer to Andy Warhol have sought to answer this challenge.