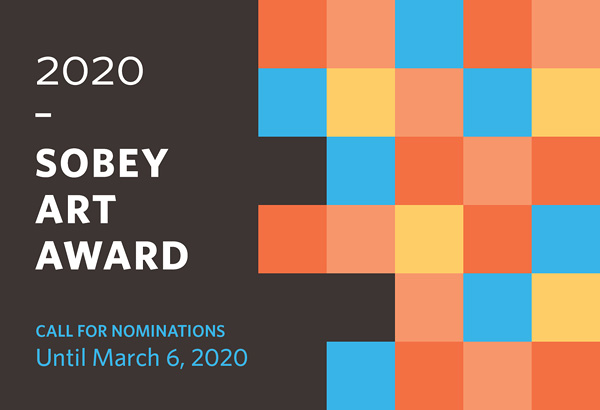 OTTAWA, January 29, 2020 – The Sobey Art Foundation and the National Gallery of Canada announced today the call for nominations is now open for the 2020 Sobey Art Award, Canada’s prestigious contemporary art prize. The award honors Canada’s most accomplished and impactful artists who are aged 40 years or younger. The deadline for nominations is Friday, March 6, 2020.

Established in 2002, the Sobey Art Award offers unprecedented opportunities for Canadian contemporary artists, and enhances their profiles nationally and internationally. From a total of $240,000 CAD prize money, $100,000 is awarded to the winner, $25,000 is given to each of the four shortlisted artists, and $2,000 is awarded to each of the remaining twenty longlisted artists. Three artists from the longlist are selected each year by the Sobey Art Award Jury to participate in the Sobey Art Award Residencies Program (SAARP), which covers travel costs and living expenses to facilities in Berlin, London and Brooklyn. The work of the five finalists, representing as many regions in Canada selected from the longlist of 25 nominees, will be featured in a special exhibition at the National Gallery of Canada this fall. Past winners include some of Canada’s most celebrated talents including Brian Jungen, the late Annie Pootoogook, David Altmejd, Jeremy Shaw and last year’s winner Stephanie Comilang.

“It is encouraging to see the work of so many Sobey Art Award finalists and winners in exhibitions around the world,” said Rob Sobey, Chair of the Sobey Art Foundation. “Extending beyond mere financial support, the award is instrumental in enabling these artists to focus on their art and initiates creative opportunities for them to interact with other artists across the country. The award enhances their profile on the world stage by providing invaluable visibility within the global art community and the public at large.”

About the Jury Members
The 2020 international jury panel, chaired by National Gallery of Canada’s Senior Curator of Contemporary Art, Josée Drouin-Brisebois, is composed of directors and curators from five designated regions in Canada (the Atlantic Provinces, Quebec, Ontario, the Prairies and the North, and the West Coast and Yukon) and one international juror.

About the Sobey Art Award process
The National Gallery of Canada will accept nominations for the 2020 Sobey Art Award from recognized agents, institutions and established artists. The jury will oversee the selection process. From the complete list of nominated artists, the jurors will create a longlist of 25 artists – five artists from each of five designated regions in Canada. The panel will then choose one representative from each region to be included on the national shortlist and in the 2020 Sobey Art Award exhibition. The jury will also select the winner of the $100,000 top prize. 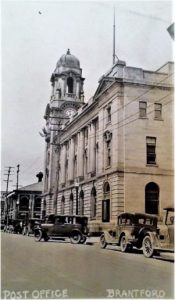 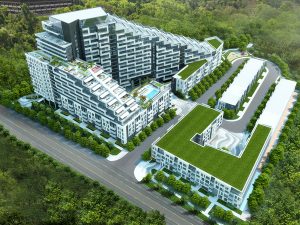 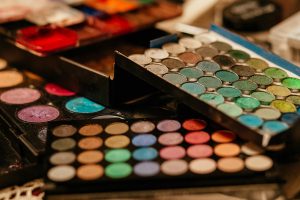