Variability in Voice: Mad Artists in Conversation by Laura Burke

I first became a writer and performer just a few years before encountering psychosis. Since then, my work has become increasingly informed by these experiences, as well as by the sanism I’ve faced as a result of them. I now identify with the reclaimed umbrella term of madness, which is associated with the mad pride movement and the act of embracing anomalous psychological experiences. As a mad playwright and poet, I seek to provide insight into the lived experience of madness, and to tell stories that elucidate what it means to move about in the world with this particular form of otherness and its associated moments of beauty and hardship. However, as an artist who inhabits the psychosis spectrum, I have often questioned the consistency of my own creative voice.

This led me to ponder how other mad artists might locate themselves within their work, when the psychological states from which the work emerges may be extremely variable. So, I interviewed two other mad artists: Anna Quon and Max Ferguson. I asked them if they too identify with a more fluid sense of self, and if this impacts the consistency and tone of their work. What I discovered took me beyond my assumptions about common experiences of psychosis within artistic practice, and into a space of heterogeneity and complexity. 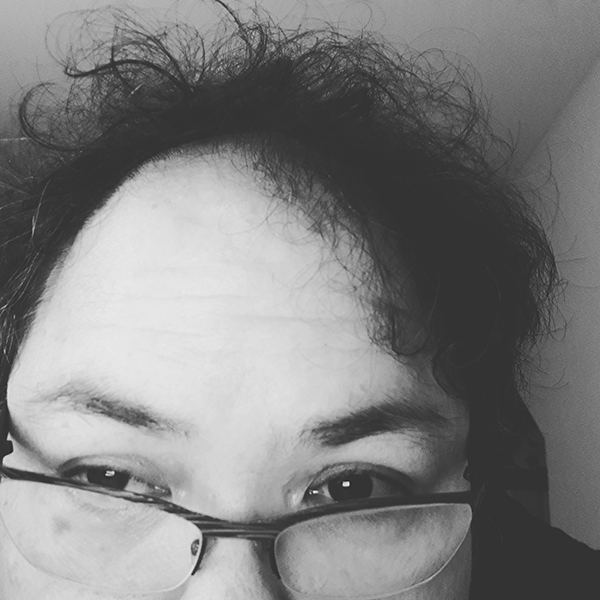 When I asked about her creative voice, she revealed that she has “…a core self that remains relatively constant” and she feels grounded in it. She added that when she is having an “episode,” she does feel very different from her conventional self, but that this is not a place from which she can create. Anna makes art from a place of wellness and stability, and her experiences of madness tend not to serve her artistic practice outside of the learnings derived within them, which can then be mined later, once she is feeling herself again.

I then spoke to Max (Sarah) Ferguson, a multi-disciplinary artist currently pursuing his PhD in Art and Women’s and Gender Studies at York University.

Max described the continuous changeability of his voice within his work; his art evolves as he does, throughout various stages of his life. He said that artists all evolve as people, and have the inherent right to do so. From his vantage point, stasis gets in the way of creativity and important avenues for creative expression. It should be noted that Max’s own artistic practice spans myriad topics: disability studies, gender, non-neurotypical and trans-queer sexualities, activism, the body, surrealism, anti-colonial approaches to artmaking, and psychoanalysis. His use of media and form is equally as diverse, ranging from computer-based works and readymades to paintstick, graphite, and digital collage. He is also a published poet and writer. Yet, in spite of this flexibility, Max did say that the transitional nature of the artist’s lifestyle does come with challenges and requires a deep trust in oneself. 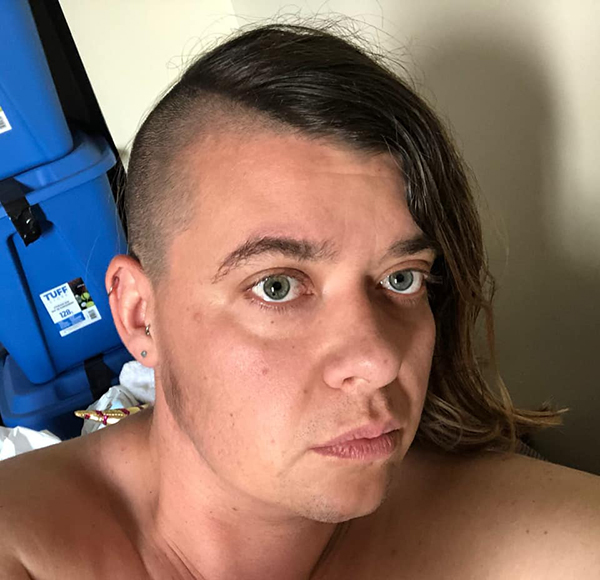 Max and Anna uncovered two important but very different perspectives. I myself identify with Anna’s reliance on stability as well as Max’s celebration of his lack of stability. In my own artistic practice, I sometimes can’t write as well or keep a hold of certain dramatic characters’ voices due to cognitive symptoms of psychosis or low mood. But I also come up with some of my most daring ideas when I’m a little bit ungrounded.

So, on one hand, certain amounts of psychological consistency can feel comforting to anchor to and to use as a reference point.  And these states of evenness can, for some, provide a necessary container for creative productivity.

Then again, it could be said that mad artists could potentially deliver a much-needed dose of instability, breaking down cultural barriers through the act of dismantling the illusion of consistency altogether. Some might even say that it is the job of artists to disrupt stasis, to turn complacency into discomfort, and ultimately to create much needed shifts in our cultural and societal landscapes.

This brings to mind August Strindberg – a Swedish poet, playwright, essayist, novelist, and painter who drew heavily on his personal experiences which included a few episodes of psychosis. His investigation of the unconscious led to major innovations in theatrical forms, such as doubling, merging, splitting, and multiplying his characters, and playing with theatrical time and space. This experimentation, seen in such plays as A Dream Play, paved the way for surrealism and expressionism. Strindberg himself was an oft-noted misogynist, but he was widely known as an anti-establishment writer. In any case, he was not without his critics.

This brought me to ask Anna and Max about the impact of their work and how sanism or potential expectations of a normative creative voice might affect the reception of their art and therefore its potential to create change – considering that we live in a world that may or may not be receptive to high degrees of variability.

Anna has fortunately found the broader public very receptive. She feels that because she’s ready to talk about her madness without an agenda, and without trying to convince anyone of anything, people tend to relax and see the art for what it is. She also mentioned making jokes about audience members’ fears of madness at poetry readings while also discussing the same topic in her poetry. She uses humor and levity to create context for audiences, in order to build bridges, and also to claim her own power in the stories she tells. 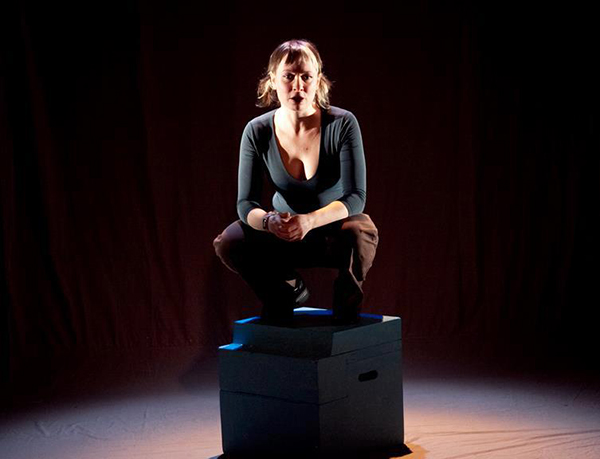 Even in light of such hopeful perspectives, Anna and Max both felt it important to highlight the common judgments and misunderstandings about madness. Max pointed to one solution: that art can draw audiences into a world of experience without having to first know anything about the artist or their identity. “Misconceptions can be easily challenged,” he said, “and even broken by works of art that transcend the need to know who made them. We get very hung up on the lives of artists in this culture, and they do inform the work, but it shouldn’t be more about the madness of the artist than the quality of the work itself.”

Anna also mentioned the importance of being seen as more than her madness, and for her art to stand on its own. She is presently working on a third novel in a trilogy about family identity secrets, money, and race – a story that is informed by, but plays outside her mad identity. Max’s practice embraces madness and non-neurotypical ways of being, but also stretches beyond its borders. His newest work also revolves around hybridized notions of photography, sculpture, music, sound, installation, and performance, and involves the body, activism, queer/trans theory, assumed whiteness, internalized racism, and Indigeneity. Personally I am returning to autobiographically informed work. One piece is a poetic solo play using elements of magic realism; another is a screenplay informed by love, friendship, immigration, racism, and, yes, madness.

We all agreed that having the freedom to express ourselves in any manifestation is liberating, though this expansiveness can face restrictions when many audiences themselves are resistant to change. Yet, mad and otherwise disabled artists are commonly forced to grapple with our outsider vantage points and profound life changes. In this way, we are well positioned to create art that embraces and invites openness and flexibility, but I often wonder how broader audiences will engage with such art.

Max longs for a cultural landscape where, he says, “audiences are braver and less concerned with mainstream ideas of beauty and culture. Those ideas prevent new ones from emerging. People dwell and hover on those ideas, and get lost in them, but there’s not a lot of evolution as a result. More boundaries need to be pushed aesthetically and conceptually, and art needs to re-attach itself to political and sociopolitical concerns to be powerful.”

Anna takes a subtler approach: “Audiences are open if you are open, and if you don’t have something to prove.” She posits that if audiences’ defenses aren’t provoked, they are more apt to listen to her work, which nonetheless strives for honesty and truth.

I in turn agree with both of them.

If I could change anything about the art world and my humble place in it, it would be to remind myself to be generous to those I make art for, as barriers can indeed be broken in such ways. But also, I, like Max, long to use my frenetic, fluctuating locus of experience to push back against cultural norms and offer work that not only speaks to the need for change, but is made of the very stuff of it.

(Thank you to Max Ferguson and Anna Quon for your generosity and brilliance, and your continued friendship and contributions to the art world in Canada.)

Laura Burke is a writer, performer, and mental health practitioner in Halifax.