Rolande Souliere was born in Toronto, is a member of Michipicoten First Nation, and is also an Australian citizen. She has obtained a Bachelor of Visual Art (Hons), a Master of Visual Arts, and a Doctor of Philosophy from the University of Sydney. Her primary research focuses on Indigenous art from Australia and Canada, and its integration into the contemporary realm. She engages in ideas about systems and how they intersect with language, art, and culture in historical and contemporary art. Working across the disciplines of painting, sculpture, photography, collage, and recently screen printing, her practice primarily takes the form of installations that combine abstraction with organic forms, the handcrafted, and the assisted readymade. Her solo exhibition Form and Content, Wall Painting No. 4 is on view at Forest City Gallery in London, ON until October 11.

I love, love horror films! Psychological, slasher, scientific, or supernatural, it does not matter. Horror movies are the biz for me. The good guys, the bad guys, the suspense, the blood and gore are all good as far as I am concerned. Whenever I and my horror partner-in-crime see common themes in a horror flick – like an actor saying, “Hello, is anybody there?” when they hear a sound in a dark room or if a character trips and falls when the killer is chasing them – we hi-five each other. It’s great since it’s about poking fun at the genre. Did you know there are even one-minute horror films? You should try making one…I did!

I grew up with bingo fanatics; my mom, aunties, and cousins all played bingo. When one of them would win, we were given a small portion of their winnings (if they won big) or a special delectable treat, like an extra-large chocolate milkshake. Very memorable. I follow in their footsteps, but not in bingo halls. I go to trendy pubs that host bingo with a twist, such as Gender Bender Bingo hosted by Sydney’s finest drag queens. It hilarious and fun, and you could win $$$$. 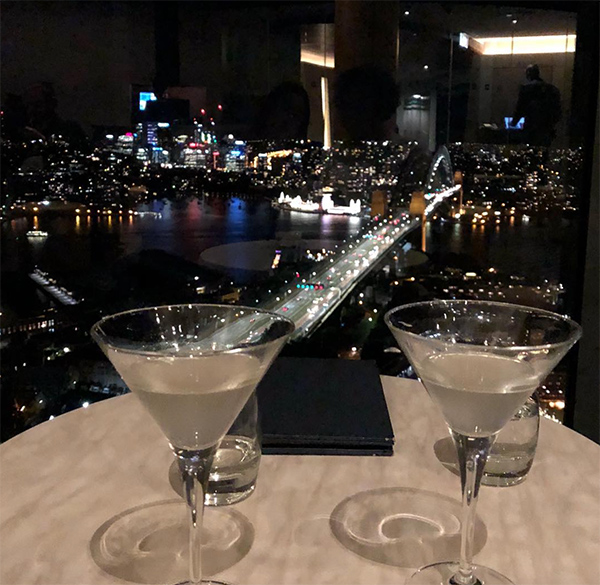 After an install, I always treat myself to a martini, wherever I am. The secret (I am told) in making a great martini is to swirl a chilled martini glass with vermouth then chuck it out and pour in the spirit of your choice. I like gin. Sometimes I like it dirty, sometimes I like it clean. It depends on both the weather and my mood. 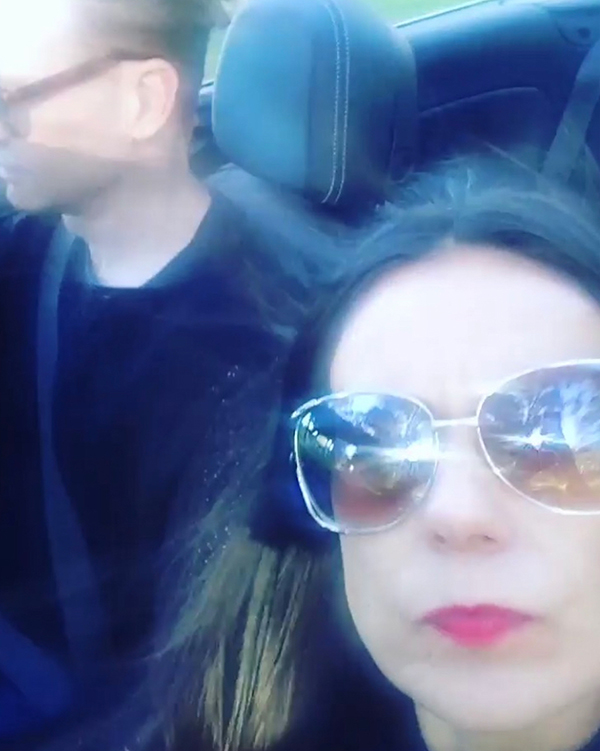 One can never have enough sunglasses. I adore them and have over a dozen. Once I went to a friend’s birthday party “weekend” out of town, and at the party, a friend of hers who I did not know came up to me and two of my friends and said, “Okay, which one of you packed five pairs of sunglasses for the weekend?” Need I say more…… 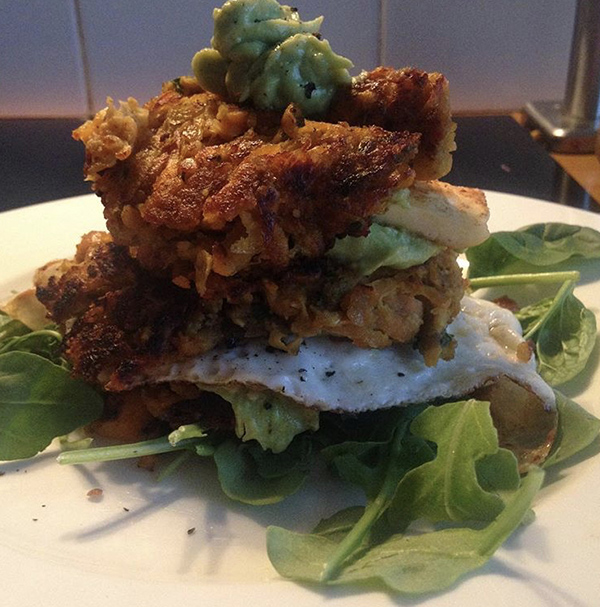 Sweet potato stack with haloumi and fried egg and avocado

I am a total foodie. I have a list of new, unusual, casual, cheap, and expensive places to eat on my iPhone. These are broken down into suburbs for easy access when looking for somewhere to eat. Besides loving to eat at restaurants and cafés reviewed by other foodies, I also like to cook. I have a file on my computer of unusual recipes such as chocolate beetroot cake, grilled fish with spicy plum dressing, and avocado ice cream. My motto is life is too short to eat bad food.