niigaanikwewag at Art Gallery of Mississauga

There is nothing authentic about downtown Mississauga. There is no history there. It’s as if the surface of the earth was scraped away and a bunch of condos, a mall, and a postmodern civic centre were built there at some point in the last couple years. Given this erasure of any sense of time, it’s crucial that the school children here are taught every morning and the city councillors are reminded every meeting that the name of this place goes back to the Indigenous inhabitants who are identified with every land acknowledgement. While the past might be permanent, history never is, and the history of history is one of battles waged in classrooms, libraries, government offices, museums and art galleries. A recent dispatch in the never-ending fight to be recognized just happens to be on display deep in the heart of this ahistorical place with the age-old name. 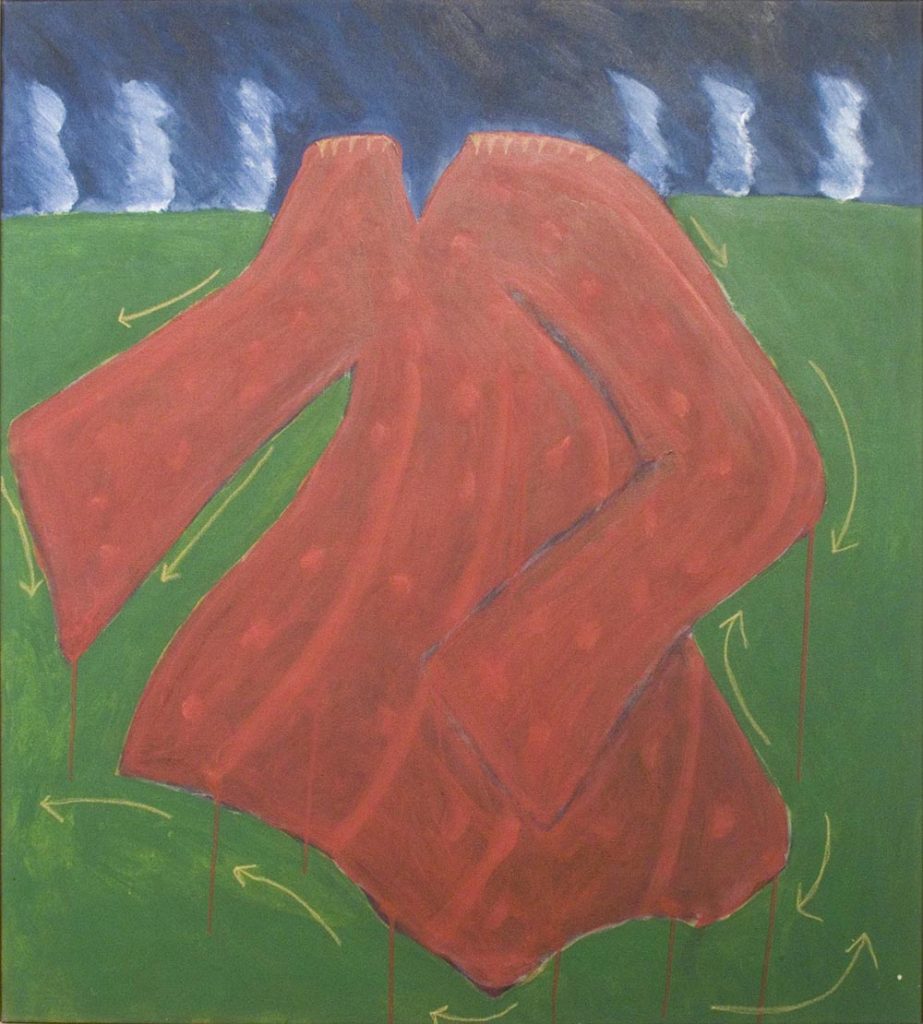 Ruth Cuthand, She chose to dance instead of putting peas in her shoes, 1983, acrylic on canvas

Guest curated for the Art Gallery of Mississauga by Rhéanne Chartrand, the group exhibition niigaanikwewag takes its title from the Anishinaabemowin word for women who lead. By gathering works by emerging, mid-career, and senior female Indigenous artists, Chartrand emphasizes a crucial history that has too often been ignored or relegated to the margins in Canadian art history. There is an empowering narrative here that unites these artists across generations (sometimes literally as in the mother/daughter pairing of Ruth and Thirza Cuthand) to alert those who haven’t been paying attention that this genealogy has been going on for a while. The references to traditional craft or cultural practices in Catherine Blackburn’s beaded teabags or Maria Hupfield’s Jingle Blanket establish material connections to the artists’ communities as well as the artists who came before them. At the same time, there is an unease inherent in this history that is flagged right at the entrance with Aylan Couchie’s massive hand drum and its acknowledgement of the missing and murdered Indigenous women whose presence has been erased both physically and historically. The complexity of this history as it is entwined with Settler Canadians is also made personal in Blackburn’s painted self-portrait sitting before portraits of her grandparents. 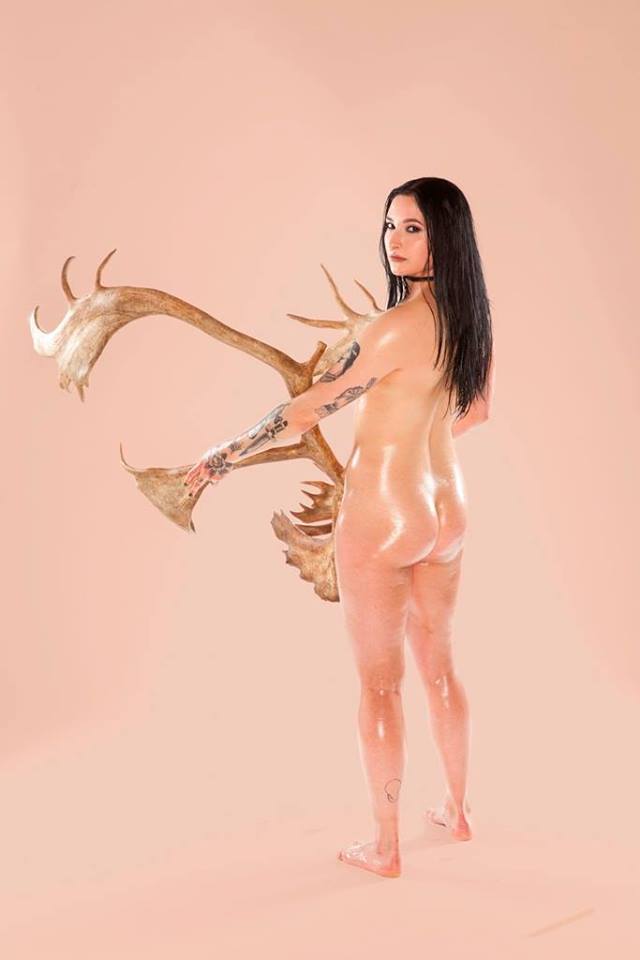 A slew of different narratives converge in this suburban city and in lieu of a master-narrative this exhibition demonstrates the value of resistance as a response to a false universalism. The kinship evident amongst the assembled artists is contrasted in Raven Davis’ intermedia piece incorporating video and performance (described in a gallery text) that responds to online hate speech directed at Indigenous women, children and Two-Spirit folks. Dayna Danger’s photo-portrait Gi Jiit depicts its subject looking back at the viewer and refusing to be objectified. In the accompanying description, an anecdote about a white critic who couldn’t identify with their work led Danger to retort, “This isn’t for you.”

For many who visit this exhibition, the artist’s response might be a deal-breaker, but that would be short-sighted and reactionary. Rather than a rejection, Danger’s statement is a correction – as is the exhibition as a whole – meant to assert an authority that has been ignored in the past. Being told that this isn’t for you forces one to step back and re-evaluate their assumptions about who belongs and who controls the discourse of art history. Identity is always tied to place and even in places that feel like nowhere, there are pasts to be recognized as long as we are paying attention.

niigaanikwewag continues until June 16.
Art Gallery of Mississauga: https://www.artgalleryofmississauga.com/
The gallery is accessible.