Mariana Muñoz Gomez is an emerging artist, writer, and curator based in Winnipeg/Treaty 1 Territory. Her visual practice is situated at the intersection of language and identity through a postcolonial lens. She is a founding member of Carnation Zine, Sappho Zine Collective, and Calling Card, and is part of other artist and curatorial collectives. The recipient of the 2018 PLATFORM Photography Award, her solo exhibition Recorrer, to wander opens at PLATFORM Centre on March 1. Her upcoming presentations include Language, Space and Representation at Mentoring Artists for Women’s Art on April 5 and an Active Research Lecture at PLATFORM on April 8. 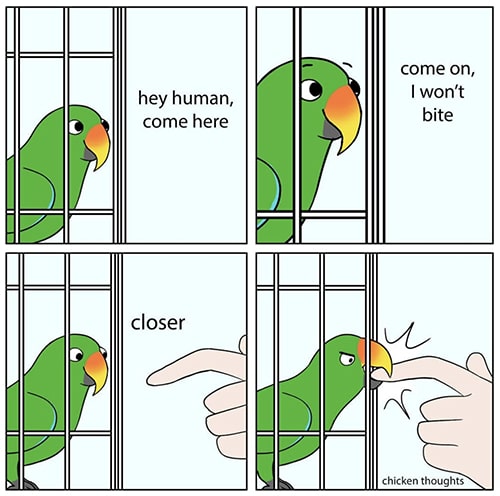 I often de-stress by going on my Instagram explore page. Obviously, this sometimes makes things worse when I’m elbow deep in animal memes and it’s past two am. @chickenthoughtsofficial is not only a new enough account that I can’t scroll down their feed into infinity, but is also my favourite bird meme account. I don’t have a pet bird, but I have known the unique affection parrots are capable of, and I love how this artist depicts bird emotions. 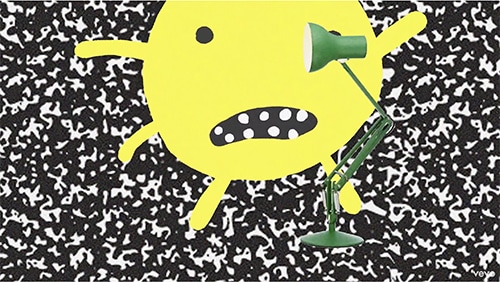 Tierra Whack just released a new song (Only Child) and thank God! I’ve been playing her fifteen-minute album, Whack World, on repeat over and over and over. Whack World came out in 2018 and is made up of one-minute songs that leave you wanting more in the best way. There’s a full video accompanying the album on YouTube. 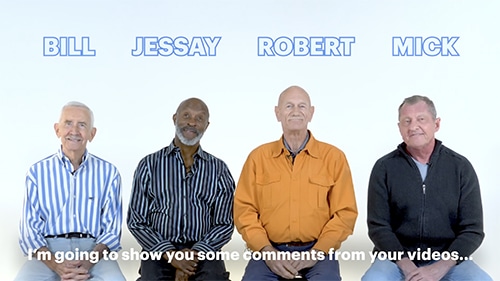 Clearly, I spend a lot of time on the internet distracting myself and procrastinating. I was laughing out loud at the genuine tenderness of these old men when I came across this video the other day. My favourite quote: “I STAN….I Bill.” 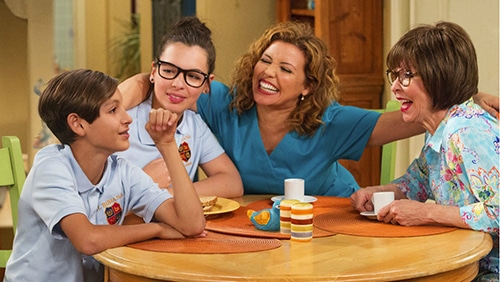 Yes, this is a sitcom full of cheesy moments, but here’s what I love about it: One Day at a Time is about a Cuban family with a single mother (Penelope), a sassy matriarch (Lydia) who reminds me of my own mother, a gay teenager (Elena), and a younger brother (Alex). The show deals with themes like mental health, coming out, and addiction, all while Lydia (played by Rita Moreno) reminisces about Cuba in 1958 and dances in the kitchen making un cafecito.

5. The Darker Side of Western Modernity 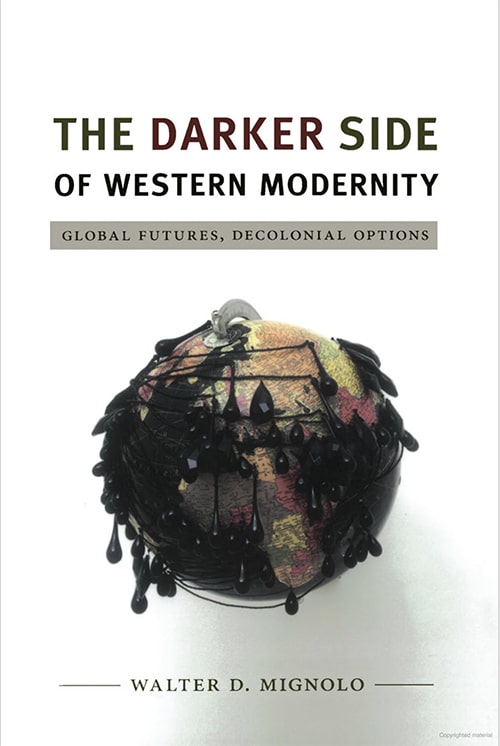 Walter D. Mignolo is an Argentinian semiotician whose work largely focuses on decoloniality. In The Darker Side of Western Modernity: Global Futures, Decolonial Options, he describes modernity in a historical overview as a construct of a monocentric worldview – one that stems from colonialism and which is Eurocentric, with its beginnings around the turn of the 15th Century. The introductory chapter alone energized me so much. Some notes about what I’ve read so far: Mignolo introduced me to Anibal Quijano’s idea of the colonial matrix of power, plus he offers his perspective on potential paths for the future, describes hegemonic epistemologies, and implicates capitalism with modernity and colonialism in ways I hadn’t come across before… I think I’ve been repeatedly renewing one of two copies available in the Winnipeg Public Library system, so for Winnipeg readers: please let me keep it until the end of the semester!