Kelly Mark’s solo exhibition at the AGO’s Present Tense space in 1997 changed my life. When I walked into that room of crumpled paper and graphite covered objects, I didn’t consider myself an aficionado of contemporary art. I was just some doofus with a recently minted Master’s in nothing employable who wanted to play music that nobody wanted to listen to and maybe write about it. The “out there” music overlapped with other realms of “out there” which lead me to visual art, but I was still getting my feet wet in the local gallery scene and, in retrospect, I’m not sure why I was even at the AGO that day except maybe to look at Gerhard Richter paintings because I’d learned about him from a Sonic Youth album cover. Mark’s work was a whole other kettle of fish, but it made sense with its combination of pointless labour and undeniable outcome. I was hooked. 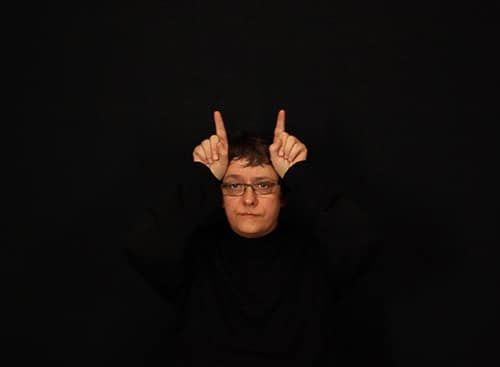 In the intervening decades, I’ve always made sure to follow what she was doing. Her public spectacles like Glow House and Horroridor ingeniously scaled her talents to large scale, but her drawings and text pieces were more than enough to maintain her ongoing efforts to produce a body of work that bound the labour of the artist (studio time, repetitive actions, caustic frustration, relentless output) with post-minimal and post-conceptual forms. As I write this, I keep thinking about Bruce Nauman (largely because his most recent survey exhibition is accruing press coverage right now). He provides a clear precedent for Mark’s nonspecific media and language-heavy practice (not to mention their shared interest in art defined as “what an artist does”). I much prefer her sense of humour with its acerbic tone to his cool reticence. You never get the sense with her that the joke is on you. Instead, you half-laugh at the absurdities of humanity she exposes in precise and measured glimpses. 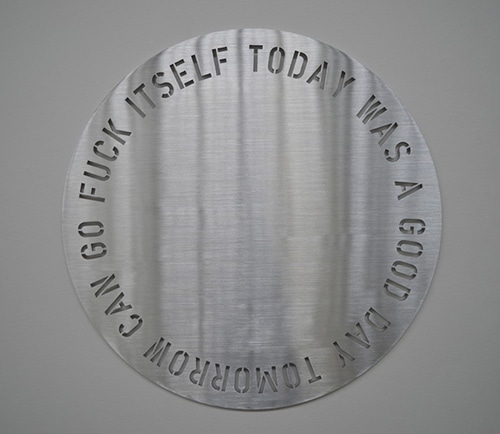 Mark’s current exhibition at Olga Korper Gallery is about time. It’s called It’s About Time and the play on words hints at the impatience of age. Twenty years after that first solo show, she’s shifted her concerns somewhat and established a familiar array of means for expressing them. Text-works that collect a slew of phrases containing the word “time” take time to read through and run the gamut from literary to cliché. Select sayings are isolated in LED panels and cut acrylic rings. The circular pieces with their rejection of time as a measure of progress (“another year older but none the wiser“) admit to the resignation of age but refuse to give in (“today was a good day tomorrow can go fuck itself”). As a measure of time, her wristwatch with the statement “it’s just one god damn thing after another” running around the circumference is as good a description as any of the one dimension that pushes us relentlessly forward.

The one video included in the exhibition is another thing entirely. Hello & Goodbye has the artist perform an encyclopedic series of familiar hand gestures from “my mind is blown” to “I’ve had it up to here.” This work pivots from a focus on time to an appreciation of the endless minor moments of creative expression we all engage in as meaning-making humans. Mark’s genius here is to collect and display them in isolation in order to heighten their range. The undeniable outcome of this labour is a sense of wonder at how a pair of hands can say so much. This reaction is not so different from the sense of vertigo I felt when the floor dropped out from under me twenty years ago in that gallery at the AGO. She still manages to turn the mundane into something more and I’m still hooked.