Curated by Freya Field-Donovan and Alexandra Symons Sutcliffe, Famous Men at Gallery 44 takes its name from a 1941 book of Depression-era photographs of white poverty by Walker Evans and James Agee. The partial quotation of their title, Let Us Now Praise Famous Men, hints at the curators’ aim to both revisit this canonical work and redirect its note of praise to the African Americans left out of its pages by design. Four artists separated by nearly seventy years come together to recast the “rituals of participation and belonging” occasioned by the documentary form.

The exhibition deals with the history of inequality in the US and the art-historical problem of finding adequate forms to represent it. For the curators the project’s guiding question, which emerged from their ongoing study group on Evans and Agee’s book, is “How do you exhibit the unrepresentable parts of public life, excessive in their humanity but generic in their form?” Answers aren’t provided so much as resources for thinking through the problem. In the center of the gallery, books from the curators’ reading group are laid out on a table. Titles by Richard Wright and LeRoi Jones mingle provocatively with Shel Silverstein’s poems and drawings, and the exhibition’s urtexts by Evans, Agee, and their sometime collaborator Helen Levitt. 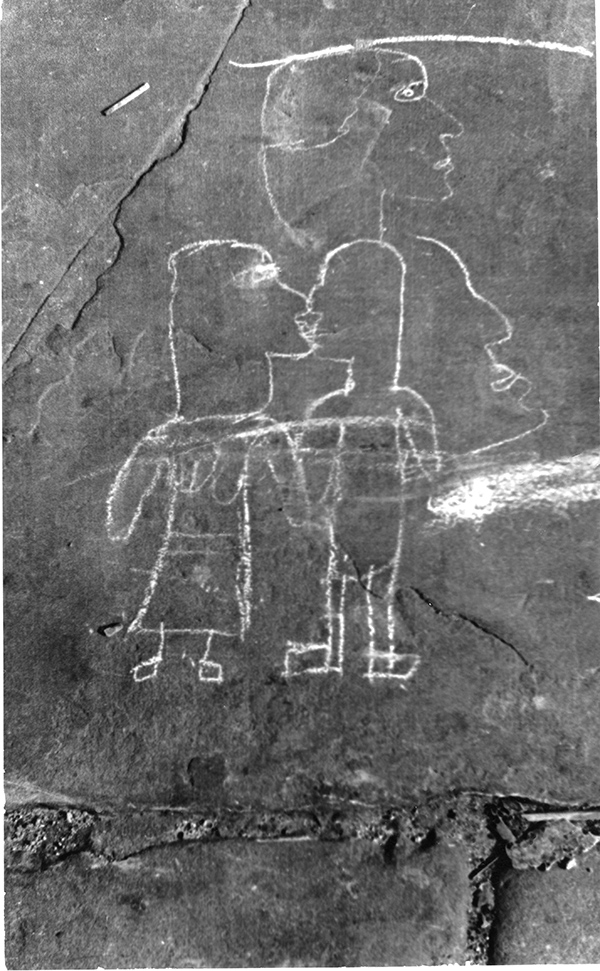 Levitt’s photographs of children’s chalk drawings on the streets of Spanish Harlem in the 1940s set up a contrast between Evans and Agee’s solemn images of white rural poverty and more indirect, playful traces of coping and invention amid urban poverty. Hastily sketched kissing figures, horses, and eggheads that recall prehistoric cave drawings are captured by Levitt’s camera before they’re washed away by the next rain. A misspelled warning on a stairwell (“A decetive lives here.”) casts Levitt’s street photography as a humble game of cat-and-mouse with inner-city kids who know all too well and far too early about the real work of detectives.

RaMell Ross’s large-format colour photos on the next walls were taken while filming his 2018 documentary Hale County This Morning, This Evening. Together they provide the most direct riposte in the exhibition to Evans and Agee’s book as they focus on the predominantly African American community in the Alabama county Evans and Agee were commissioned under the auspices of Roosevelt’s New Deal to represent as white. The photos are whimsical and haunting by turns. A moment of defiance – a little like Levitt’s in that message from a make-believe detective – is recorded in a double-portrait of young lovers Ladrewya and Michelangelo as Ledrewya spots Ross from a position of safety and confidence in front of her boyfriend. In Dream Catcher and Brothers Z, Ross’s subjects take no note of him as they slumber in and under a pick-up truck in a trailer park and in a make-shift hammock formed by a sagging fence. These moments of dreaming alone and standing together, of isolation and solidarity, are oddly condensed in a nighttime picture of a fallen church steeple laying across the harshly lit lines of an empty parking lot.

Evans and Agee’s title is a partial quotation from the Bible: “Let us now praise famous men, and the fathers that begot us.” The religious roots of their book – and indeed of American politics – are taken up in Kadish Morris and Lorenza Mondada’s works in the last part of the exhibition. Four stanzas in Morris’s printed and stacked poem A Gospel shift the register of the exhibition decisively from the economic to the psychological sense of depression. But here too, the challenge is met with invention and perseverance.

Beyond the poem, Mondada’s looped found-footage projection titled Obama’s Grace shows Barack Obama’s eulogy for Rev. Clementa Pinckney, who was murdered along with eight of his congregation members in the 2015 Charleston Church Massacre. After a second shaky offering of the word “grace,” the dearly missed past President begins to sing the hymn “Amazing Grace,” leading assembled mourners in a much-needed cathartic ritual. If Obama’s gesture here was remarkable, the loss suffered by African Americans it was meant to address is sadly a normal social ill. The looped video and a projected real-time transcription of the eulogy, with a notation for Obama’s movements included, anatomizes the event and repeats it, in the manner of a traumatic repetition.

In his recent eulogy for another praiseworthy photographer of the mid-century American condition, critic Peter Schjeldahl recalls: “Robert Frank had exalted photographic form by shattering it against the stone of the wonderful and (oh, yeah) horrible real.” As the horrors continue in our time, the curators’ problem of reconciling “excessive humanity” and the “generic forms” of photography is as stubborn as ever. But set in a critical dialogue with Evans and Agee’s book, this exhibition’s pictures of collective grieving and hope, of reclaiming public space in chalk-drawings and midday dreams, and of fallen steeples and standing lovers read like quietly powerful arguments against the hubris of photo-history’s most famous men.

Tammer El-Sheikh is an Assistant Professor of Art History at York University. He is based in Ottawa and Toronto, and his art criticism has appeared in Parachute, Canadian Art, ETC and C Magazine.