Daze Jefferies is a multidisciplinary artist-poet-researcher at Memorial University whose research-creation focalizes upon embodiments, geographies, and histories of trans women (and) sex workers in Ktaqamkuk/Newfoundland. Her work, an assemblage of poetics, sound, theory, and visuals, has been exhibited and performed in artist-run centres, festivals, galleries, and theatres in Newfoundland – most recently at Eastern Edge Gallery as part of her collaborative exhibition, A Hole So Big It Became the Sky, with Coco Guzmán and 2SLGBTQ+ community members (currently on display until August 3).

For her activist research-creation, she was awarded a Sesquicentennial Medal from the Senate of Canada in 2018. She is co-author of Autoethnography and Feminist Theory at the Water’s Edge: Unsettled Islands, and her poetry collection Drowned Known, which captures histories of trans fishy entanglement in Atlantic Canada, is forthcoming from Breakwater Books. 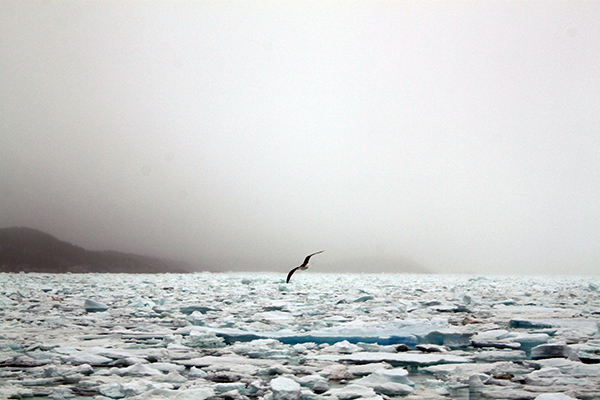 Born and raised next to the ocean on rural New World Island, I am a baygirl at heart. After moving to NL’s capital city, St. John’s, and staying there for seven years to complete my undergraduate and graduate studies, I packed up my life at the end of May to get back to rural living at the water’s edge. Continuing my research-creation into fishy trans histories of Atlantic Canada, I am currently adrift in the spaces between rural Newfoundland and rural Nova Scotia. 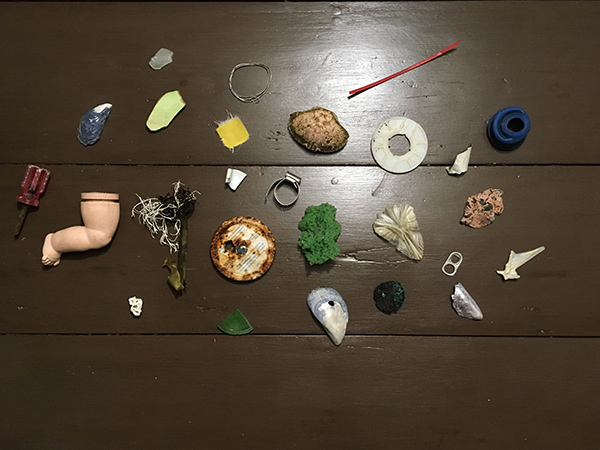 Since I was a child, emotional relationships with land and seascapes in my life have been shaped by beaches. In my creative and scholarly practice, critically beachcombing for found objects and sounds – from animal cries to dying sea life to material assemblages of plastics and fishy remnants at the beach – allows me to story an unsettling melancholy of oceanic world-making. In a time of climate crisis and ecological collapse, how might thinking with beaches come to matter? What can beaches teach us about our becoming? 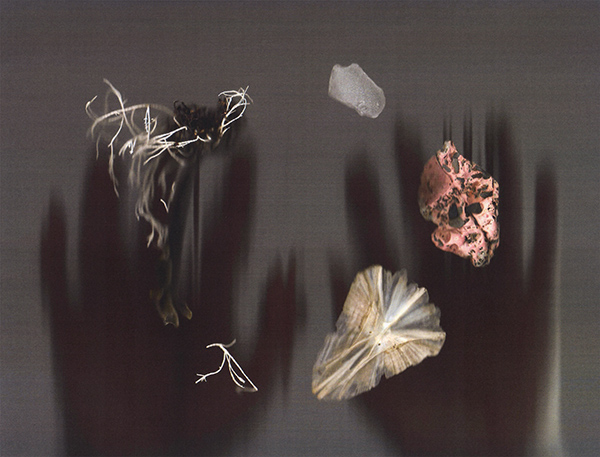 What I love most about scanographic creation is the uncertainty of working with multiple layers. Abandoning the dualism either/or, I think from the point of each/and in my work as a way to position the multiple in movements through temporality, geography, and ecology. This image, Imperma (2018), was visualized using the flatbed scanner that helped shape my art practice as a youth. The movement of my fingers alongside these objects and the digital hand of the image sensor formed a spellbinding narrative about touch and s/kinship, and also caused a glitch in what would normally be still. It is currently on display in the exhibition Future Possible: Art of Newfoundland and Labrador from 1949 to Present at The Rooms. 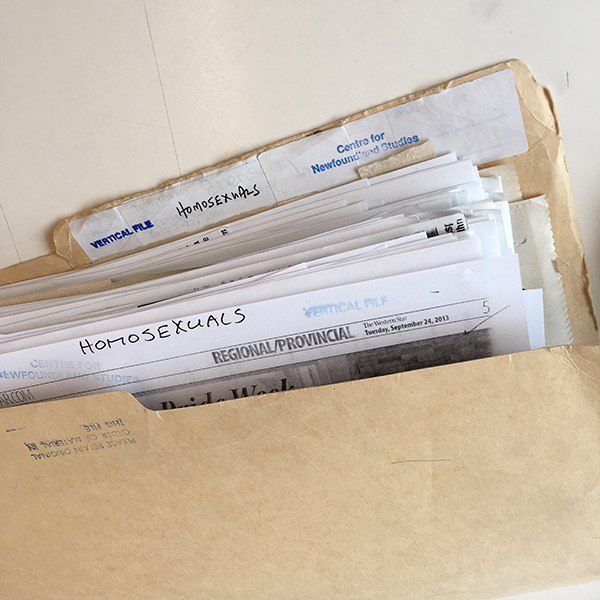 Although many trans histories in Newfoundland are slippery, ephemeral, and have never been captured by the archive, the past year of my research-creation has been enriched by intimate archival play. Scanning through reels of microfilm in the basement of Memorial University’s Queen Elizabeth II Library, digging through periodicals and vertical files at the Centre for Newfoundland Studies, and navigating through defunct websites using the Internet Archive’s Wayback Machine, has taught me so much about the relationship shared between archives, emotions, and embodiment. In my work, I refer to the archival remains of Atlantic Canadian trans knowledges as fishy fragments. Working with them has shown me a history of trans lives in Newfoundland and Labrador that stretches at least five decades into the past. 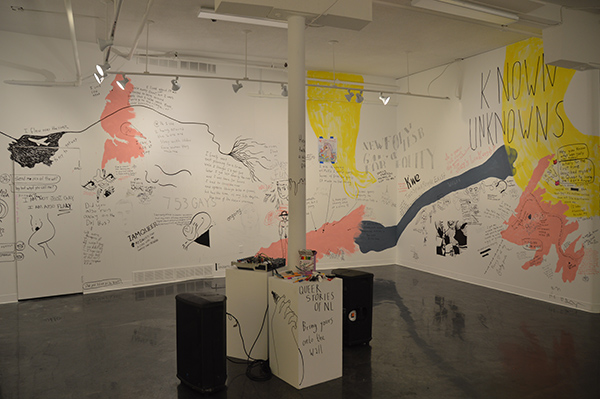 I understand Atlantic Canada as a fishy geographic region within which archival traces of gender and sexual diversity have been shaped significantly by colonialism, outmigration, and cultural loss. In the context of my life as a young trans woman artist and scholar positioned at the edges of oceanic now/here, mapping queer histories in this place is a difficult and touching project that involves the creation of counter-archives. My most recent collaborative exhibition, A Hole So Big It Became the Sky, uses drawn community memories, oceanic soundscapes, oral history recordings, and poetic imaginations to map the known unknowns of 2SLGBTQ+ lives in Newfoundland and Labrador. Co-created with Coco Guzmán and community participants from NL, it is currently on display at Eastern Edge Gallery in St. John’s until August 3. The image above was captured by our magical curator Kailey Bryan.