Andrew Rucklidge teaches in the Department of Painting and Drawing at OCADU. He received his MA in Fine Art at Chelsea College of Art in London 2003 and since then has shown internationally at The New Contemporaries in London, Store Gallery in London, John Connelly Presents in New York, Frieze Art Fair, Zoo Art Fair, The Armoury, NADA Miami, Volta Basel, Art Chicago, Berliner Liste, Art Cologne, and DC Dusseldorf as well as the Scope Art fairs and Art Toronto. In 2013, he received both the K.M. Hunter Visual Artist Award and the Laura Ciruls Painting Award. His work is in collections such as UBS London, Zabludowicz 176 Collection London, Kunstmuseum Gotland Sweden, Soho House London and Toronto, Google, Bank of Montreal and Scotiabank. His solo exhibition the fine art of surfacing opens on February 15 at Christopher Cutts Gallery in Toronto. 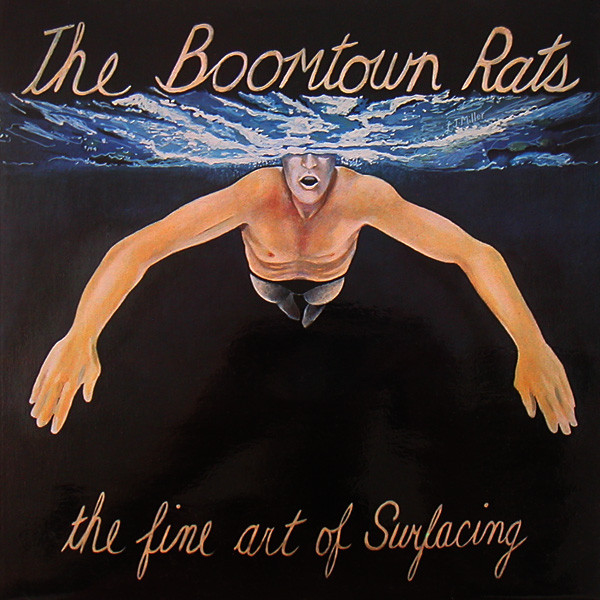 This record/cassette has been in heavy rotation while painting my upcoming show. I’ve pilfered it for ideas, energy, titles, and a lot more of late and over the years. What reason do you need to title an exhibition after an album? Energetic Sequenced Flow. An exhibition is not a single. It’s an album, and this is a record where the aftershocks and ripples from the sonic wavepool flow between tracks and amplify or cancel the waves they meet. Punks liked it, metalheads, proggy types, folkies, and even parents could tell it was about something important and unsettling that they didn’t want to think about. It sets a high bar musically, artistically, and politically far beyond what any single might hope to achieve. I can also rely on it as a guide to kickstart any leap-of-faith painting session. 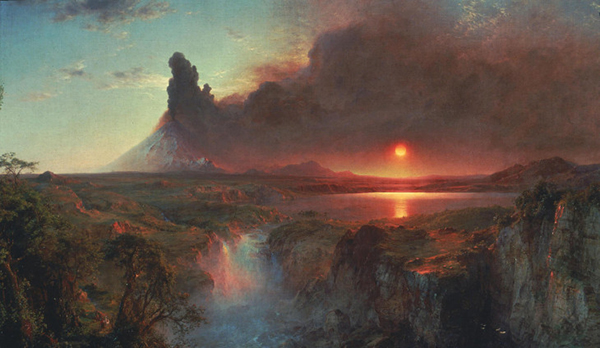 This was to be the exhibition title but it was too limiting and like a cheap cashing in on a hot topic. Still, I’m always considering the terror, grandeur, and aesthetics of climate change, and figure we better get some language for how gorgeous our demise might be, visually speaking.

“In his essay, Burke defined the Beautiful as the opposite of the Sublime. For Burke, the Beautiful was characterised by small scale, smooth surfaces, and pervasive gentle luminousness. The Sublime, in contrast, was overwhelmingly large, rough, and irregular, even craggy, and either broodingly dark or marked by extreme contrasts of light and dark (as in lightning illuminating an enormous mountain peak during a stormy night, a thundering waterfall nearby, and perhaps an erupting volcano in the distance). Although the paintings in this exhibition may contain passages of ‘the Beautiful’ in Burke’s terms, the primary interests of these artists were the large, astonishing features of nature that stimulate sensations of the Sublime itself. A third, related category is the Picturesque, defined in the late eighteenth and early nineteenth centuries as a category midway between the Sublime and the Beautiful. Picturesque things are textured (not smooth, like the Beautiful), irregular in lighting and shadowing (but not in the harsh and extreme way of the Sublime), and moderate in scale.” (cited in American Sublime at Tate Britain, February 21 to March 19, 2002)

This is a very visual book and I’ve painted some desert backgrounds just from the images of Death Valley that stuck in my craggy mind. Zane Grey’s take on Homer’s Odyssey is the story of a boy named Adam who flees his past and a terrible crime. Adam seeks refuge in the desert, where life is unrelentingly hard and every day brings a battle against the alkali sands, scorching heat, lonely nights, no-account highway men, and tempting yet treacherous women. It’s a coming-of-age tale and a landscape painting and an adventure story, as well as a romance novel and an existentialist inquiry into the nature of man’s solitude and unhappiness. And GOLD! Lots of GOLD!

Nobody writes landscape better than Zane Grey. That makes sense given how much time and money he spent in the desert. The man knows the colors, the mountains, the various textures of sand, the cacti that sting, the flowers that bloom, the horny toads and eagles and condors and sheep. He paints word pictures, most of which translate successfully onto the page. He populates his desert with memorable characters, like Dismukes, a gold miner who toils in the canyons and furnace winds of the desert his whole life, working to save a half million dollars in gold dust, only to find that he is miserable anywhere else but the desert. 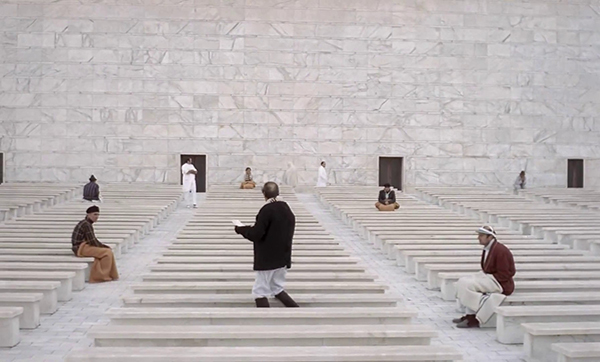 Plenty of alt-right memes and anti-hero moments, but really it’s the low camera angles and Italian Fascist Architecture that stick with me and re-conjure themselves. 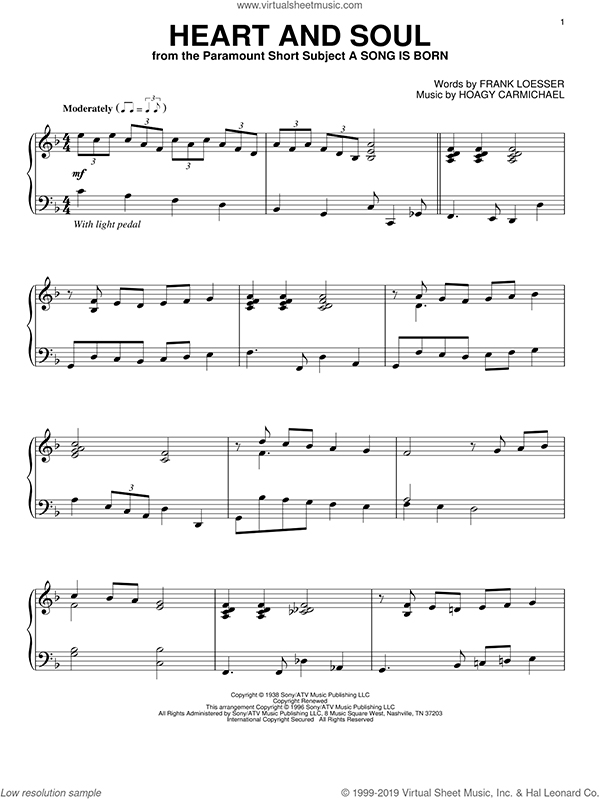 I always get a kick out of playing this song, especially after the kids have been at the piano playing the minimized “chopsticks” version which is the  I-vi-IV-V progression, a section without any of the great Hoagy suspended chords.