Alyssa Bornn is an interdisciplinary artist, filmmaker, and organizer from Winnipeg. Her practice regularly utilizes traditional photographic methods alongside alternative and outdated digital modes of image capture. In particular her work is centred around ideas relating to transference, interchangeability, medium non-specificity, language, failure, and the poetics of technical processes. She holds a BFA (Hons.) from the University of Manitoba and is a member of Open City Cinema, the co-director of the Winnipeg Underground Film Festival, and an active member in Light Terrors (a loose collective showcasing moving image and audio works as live performance). She has run workshops for Platform Centre for Photographic + Digital Arts, PAVED Arts, and independently as Professional Development. Her video More, Less, About the Same is screening at Plug In ICA until November 17. 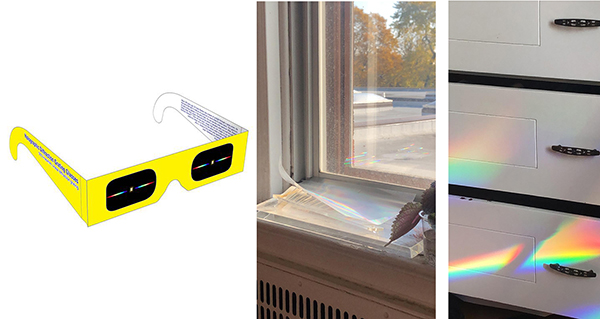 Linear diffraction grating film! Fireworks glasses! I can’t get enough of it. It’s optically fascinating and perfectly gimmicky. I have a sheet resting against my bedroom window on top of two clear acrylic blocks. Depending on the angle of the sun, it’ll shoot little rainbow fields across the room, making a sort of spectral sundial.

I love computers.
This isn’t new, but I had forgotten about it for a while and remembered recently. It’s new again.
This is a quick portrait made on the edges2cats interactive web demo by Christopher Hesse. A short search should get you there no trouble. There was another one that I was obsessed with before that would try to turn any drawing into a lizard. It seems to have disappeared now (maybe not), but it was a real treasure. 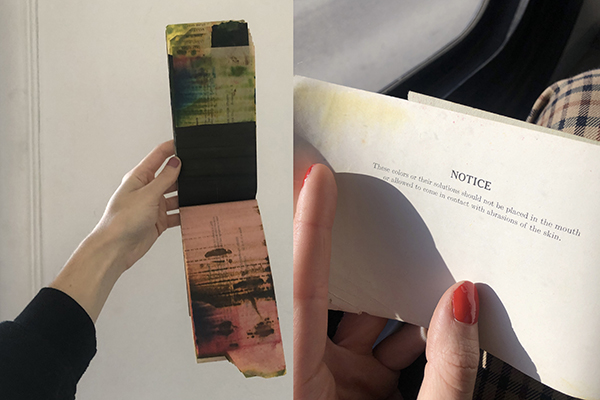 “These colours, of highest quality, are put up in this convenient form for use in coloring photographic prints (especially Velox), enlargements, lantern slides, halftone engravings and for all other work requiring proper blending of transparent colors. Each of the color leaves in this booklet is divided into sections which can be easily subdivided for use. Special directions are given for each color. Additional leaves of any color, to replace those used, may be obtained from your Kodak dealer.”
I love this waterlogged booklet. An analog breakdown. Chromatic text-object complete with poetic rumination on suggested usages. Every page is confused and beautiful. 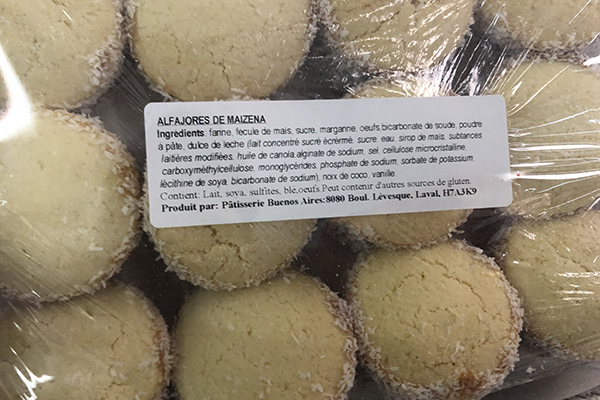 Alfajores de Maizena! Also: counting the days until I go to Buenos Aires (twenty-seven). Also: long distance relationships that perfectly parallel “art interests” regarding technology and distance and language and so on. Also: talking on the phone and video calls and virtual studio hangouts. Also: this treat as a treat and not a symbol but just a nice thing to eat in the park on the last of these long fall afternoons. 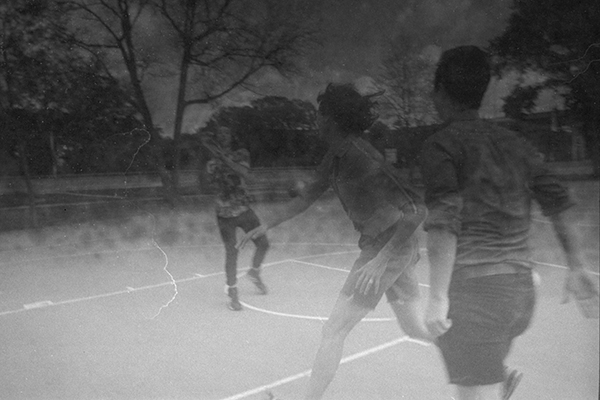 The Winnipeg Underground Film Festival aka WUFF! My always and forever obsession!! This project occupies most of my time and energy right now and I love it. I’ve been involved with this festival since 2015 and attended since 2014. 2020 will mark our 8th year and the first year in which I will co-direct it with super-friend and dream partner in crime Meganelizabeth Diamond along with the massive support of a programming collective. Here’s a poorly developed photo of a pre-screening basketball showdown featuring Colby Richardson, Alee Peoples, and Aaron Zeghers from a few years back. We’re opening up submissions early November, keep your eyes open. xoxo