Time is a not-so-subtle trickster next to memory. The longer time marches on and accumulates everything it finds on its way, the less we remember that one thing from that one place a while ago. There’s no denying our unreliable and fragmentary sense of the past. This is especially so in our instant gratification, “thank you, next” era. Our flippancy with the millions of images we encounter and whether they stick with us or not makes everything more smeared. Memory is a complicated beast and it’s no wonder every contemporary art textbook these days dedicates chapters to its granular impact on the way we see ourselves, place, and history. Memory filters, selects, and distorts whatever it contains. Everything that ends up as its output inevitably becomes a mere paraphrase, no matter how fleshed out. 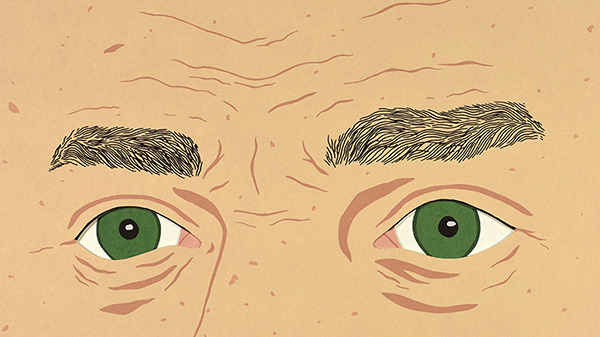 Winnipeg artist Alison James is very much in accordance with the way memory shapes our identity. She’s written extensively researched essays on episodic memory and used some of that research as fodder for visual work that is just as intricate. Her exhibition The In-Betweens at Martha Street Studio follows this line of inquiry. Although episodic memory is autobiographical, James’ personal recollection through her screen-printed animation doesn’t necessarily position the viewer as a nosey onlooker. We’ve seen this done via Tracy Emin’s Everyone I Have Ever Slept With or Gillian Wearing’s Trauma where subjects recall dreadful childhood memories while wearing a child mask. James’ work is certainly not confessional either. Even though she designates this new work as a reconstruction of unshared, undocumented memories with “strong emotional charge,” the results feel contextless and even lyrical.

A wall-sized projected video animation shows us a collection of brief personal vignettes. James shares just enough to point to something that feels elliptical. What she shows carries with it hints of tension and a withheld narrative. Unlike the aforenoted memory-centered artists, James’ work isn’t interested in that same kind of verbatim realism. Her illustrations are methodically broken down into layers, then built back up through screen-printing with a subjective colour palette. In doing so, she places her subjects at an abstracted fictive distance from our own. This is amplified when they are jolted into the realm of animation and we see them move between frames. Hers is an understatedly patient endeavour that gives off a different kind of textured tactility to how these half-documented memories are configured. 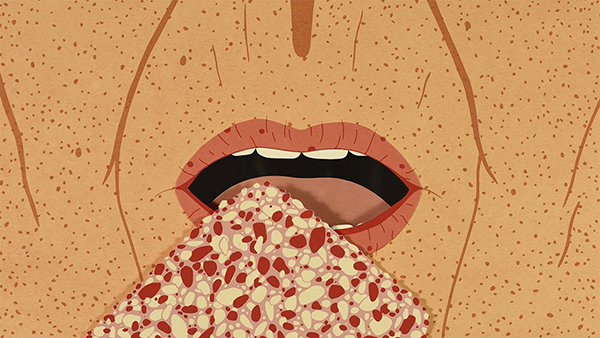 The second half the exhibition acts like a behind-the-scenes support to the moving images. Here walls are filled with the constituent pieces, including footnotes and annotations, that layer together in the projections. James reveals the cross-pollination and microscopic detail she summons to get the complex tapestry she ends up with. The one thing visitors to the gallery will remember from the artist’s memory will inevitably be the illuminated images magnified on the wall, the inviting colours, and the satisfying sight of an illustration on paper in sequential motion. However, another thing to attach to the memory is that total recall is a bit of a losing game and that’s okay. James doesn’t give us the full picture, but that’s not because she can’t. That’s beside the point. The seemingly inconsequential bits of memory that don’t get documented serve their own purpose and are worth keeping track of.